I have heard a lot of good reviews for last year’s Milo Breakfast Run and judging from the overwhelming response, this year’s event was going to be even better. At just RM20 per person, it’s no surprise that this event was sold out in under 24 hours! I entered the 7km category. I knew it will be pretty easy for me because the distance and route is not very challenging, but me and my friends did it anyways out of fun and it’s a great way to hang out on a weekend.

My only complain about this event was the late starting time. We were suppose to flag-off at 7am but the opening ceremony dragged on until 7.25am. The initially excited crowd started to become anxious because it was getting too hot and noisy. But overall the race went smoothly. 2 water stations were sufficient as this was a short run. Some took this as a family event, so they ran with their strollers and small kids. 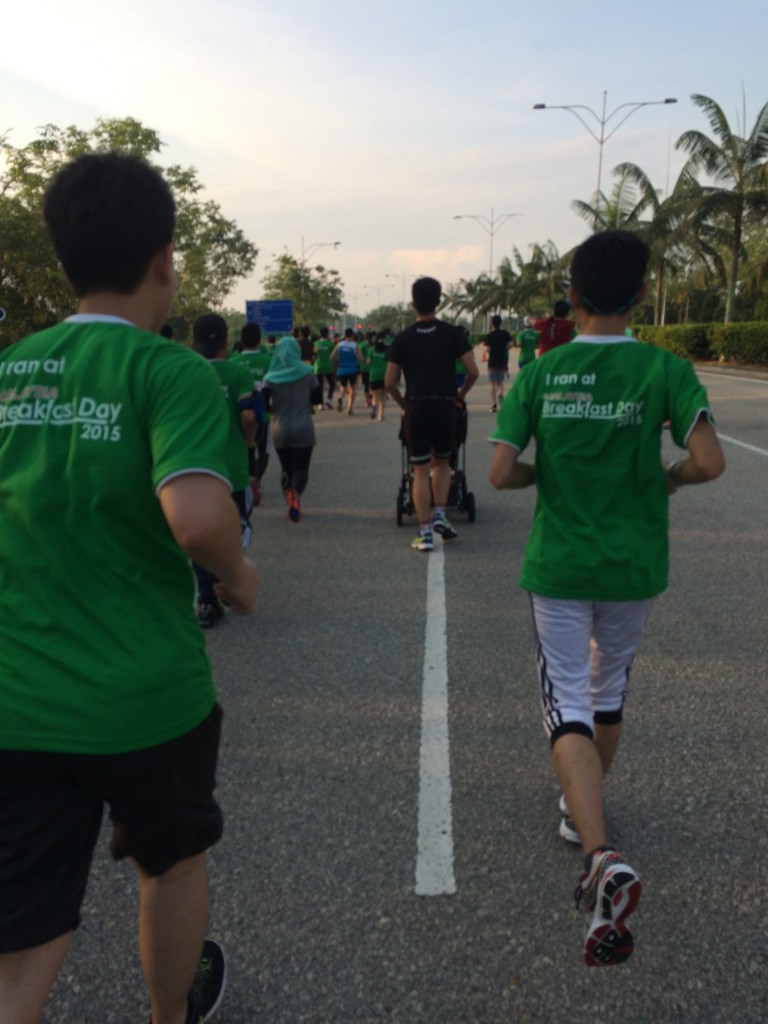 Spot the dad with the stroller. #Daddygoals.

The highlight of this event was the free breakfast after the run and of course, the free flow of ice cold Milo. Food is enough but the popular choices like satay and fried mee hoon were grabbed up quickly, leaving late-comers with only bbq chicken pau. 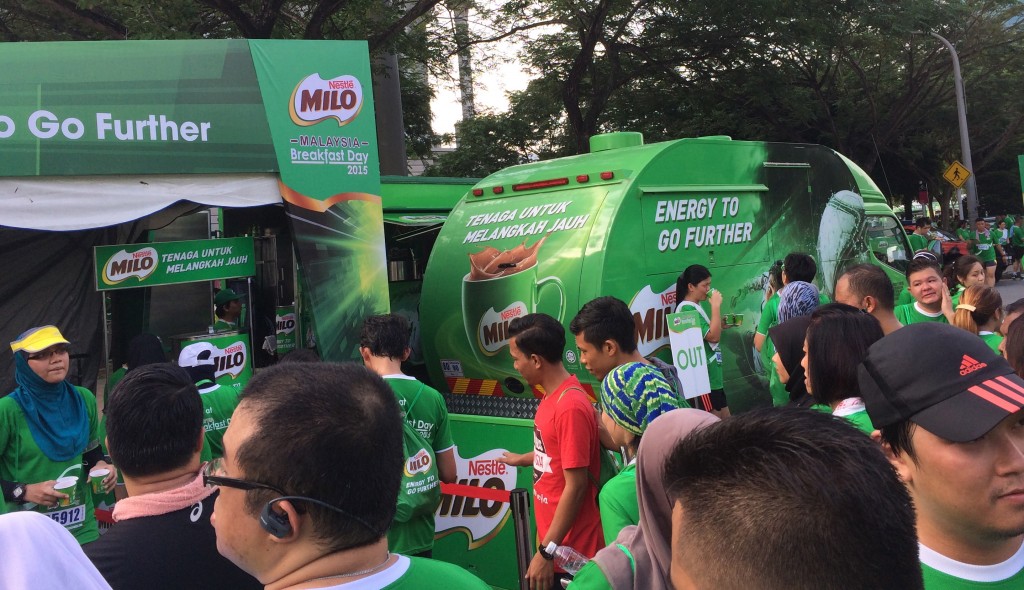 Looks like they have upgraded the Milo trucks which looked nothing like the ones from my school days. But thank god Milo will always taste the same! 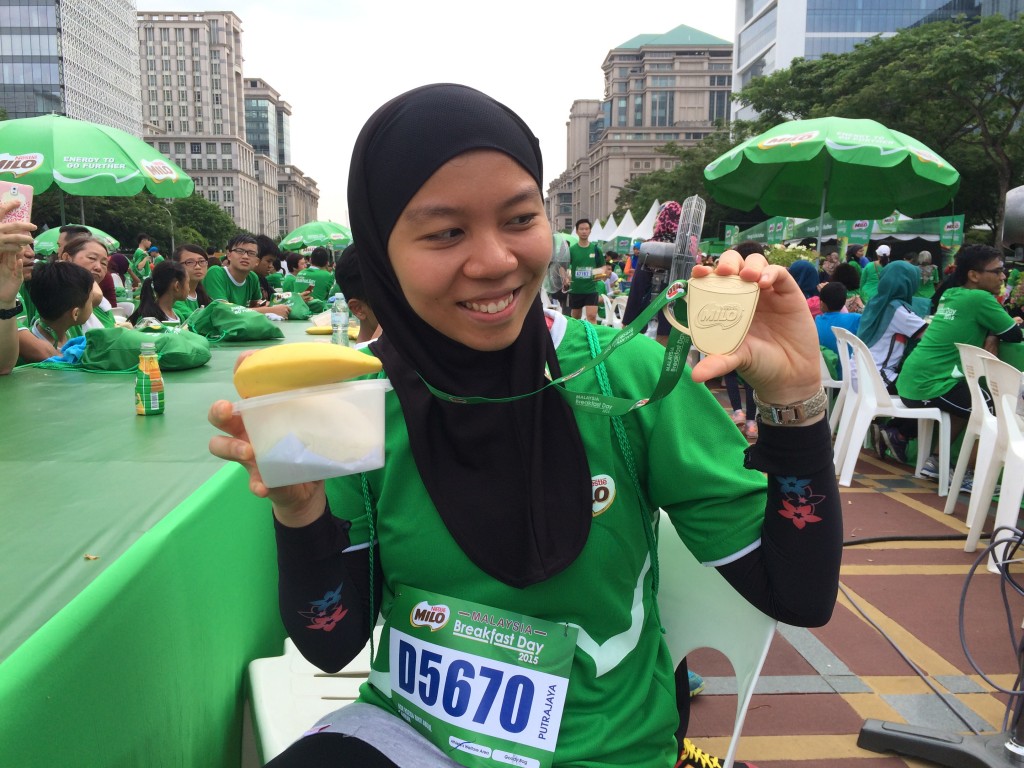 Run to eat, or eat to run? Arm sleeves are a life-saver because you can wear it with the short-sleeve t-shirt that was provided by the organizer.

The organiser provided plenty of space such as tables, chairs, and fan for runners and supporters to have breakfast together. They also provided umbrella and tarpauline to sit on the field. There are plenty of other activities going on too, such as zumba demonstration, basketball hoops to shoot, and hula hoops for kids (or adults!) to play. 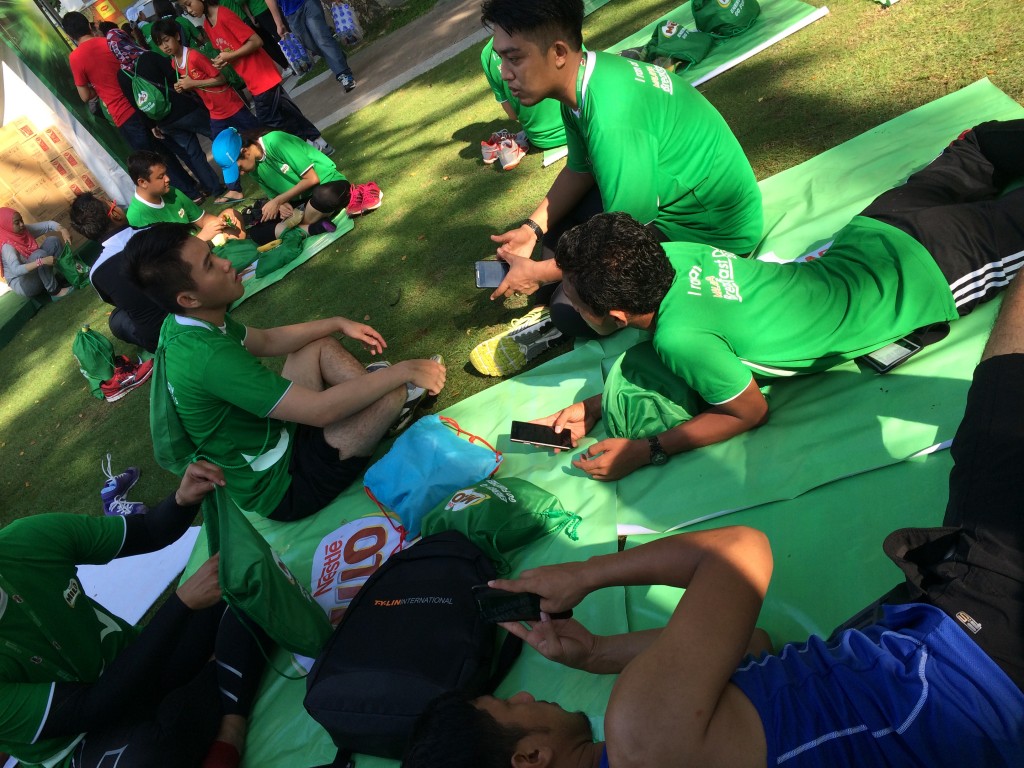 Lounging about in the sun, because we are too macho for the umbrellas. 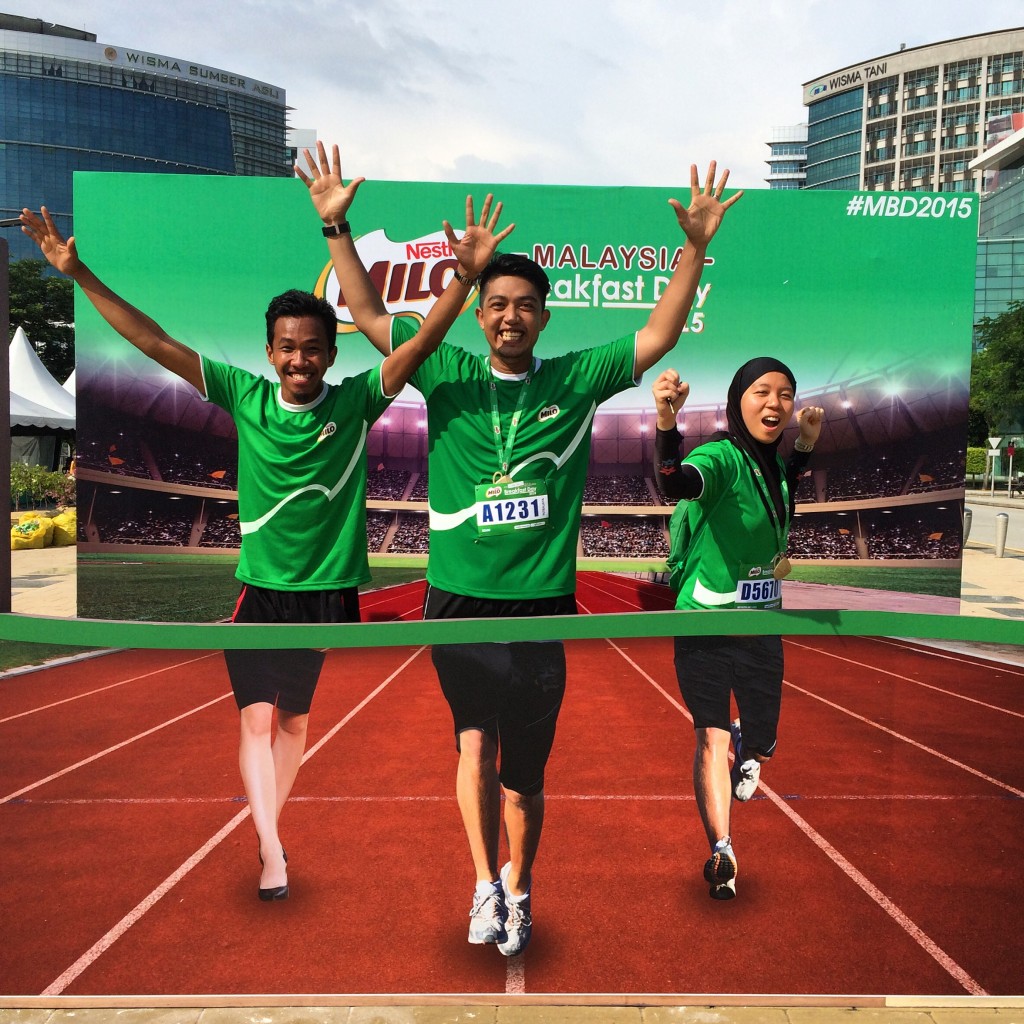 Plenty of props for photo ops. This was our favourite!

In a nutshell, this event focuses more on having fun rather than competing. It is suitable for families as the route is stroller-friendly, or beginners who are just starting to increase their mileage. So look out for next year’s event, because I have a good feeling that it will be sold out as fast as this year’s.