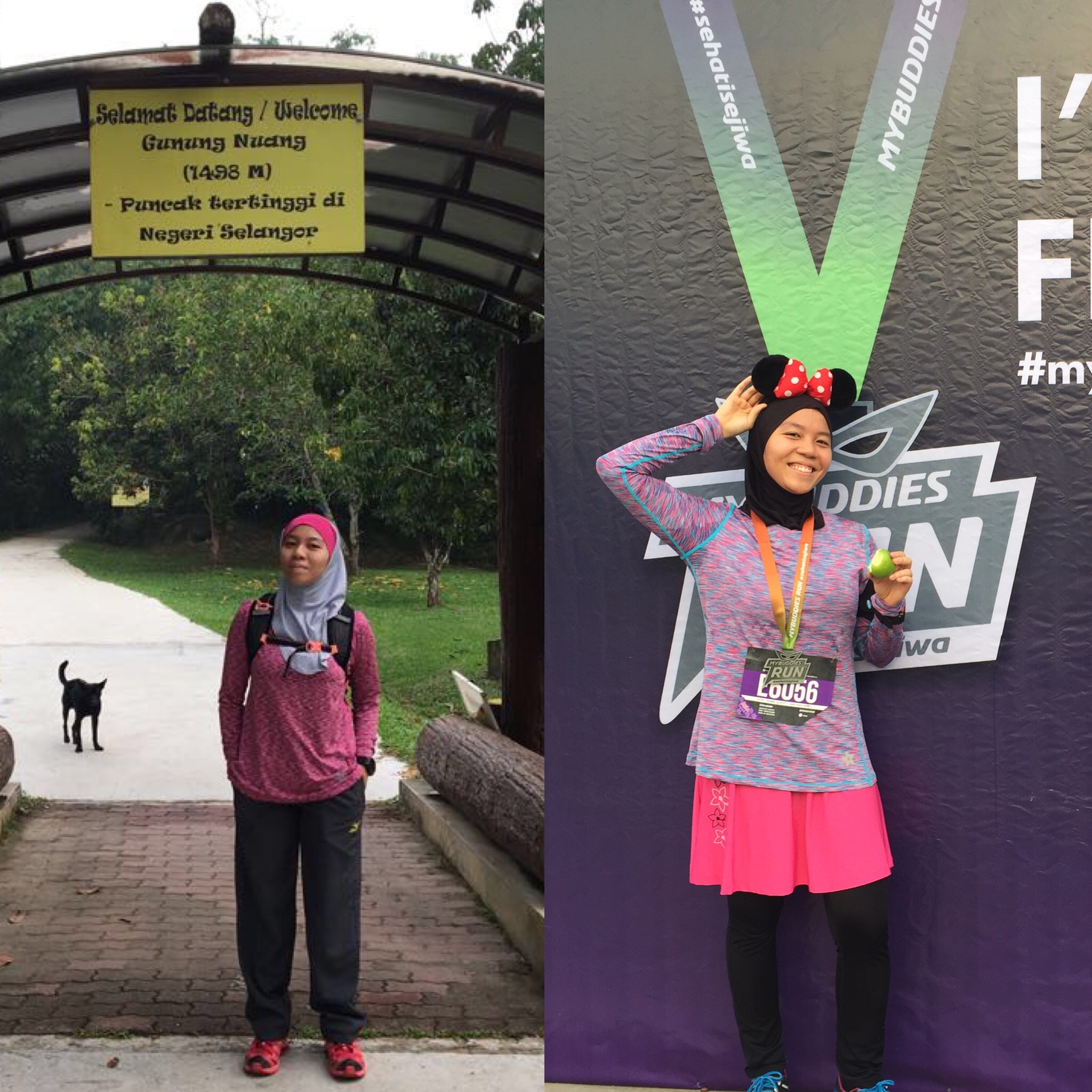 After one week of resting (with the exception of a couple of crossfit sessions at Fuel Athletics) to give my knees a break from last week’s full marathon at Kuching Marathon, I finally decided that it is time to start training for my next big race: Cameron Ultramarathon or Cultra for short.

I did an ultramarathon once, so I am not worried about the distance. With enough LSD training, I have a high chance of completing the race. However, Cultra will be different because it will be a trail run, and elevation is not a stranger. In fact, trail running IS elevation. Therefore I must learn to embrace it rather than being in denial thinking that road LSD will be sufficient. I have to prepare my feet for a lot of uphills, downhills, and uneven terrain.

To get a taste for Cameron Ultra’s elevation (2240m) I head to the tallest peak in Selangor called Gunung Nuang. Gunung Nuang has a trail fondly known as ‘Nuang loop’ among the running community. The loop consist of 5km uphill to the first checkpoint called Camp Lolo, then another 5km downhill to the entrance. The 10km loop was only 530m total of elevation gain, however I was panting! Overall, it took me about 2 hours (at a very leisurely pace) to complete one loop. Then I repeated the same thing again. 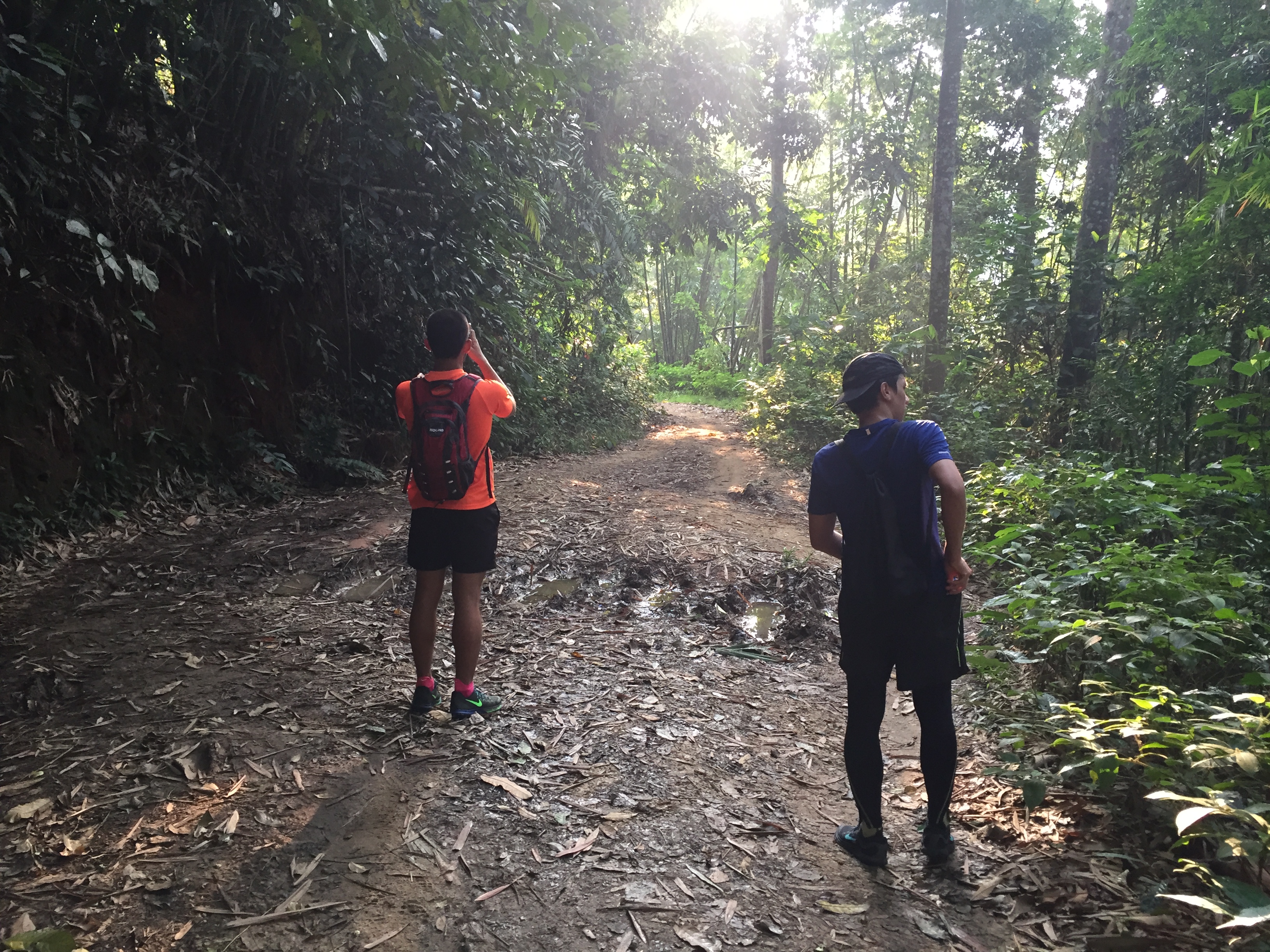 Hey guys can I know what your legs are made from? Because I need the same thing for my legs to keep up! 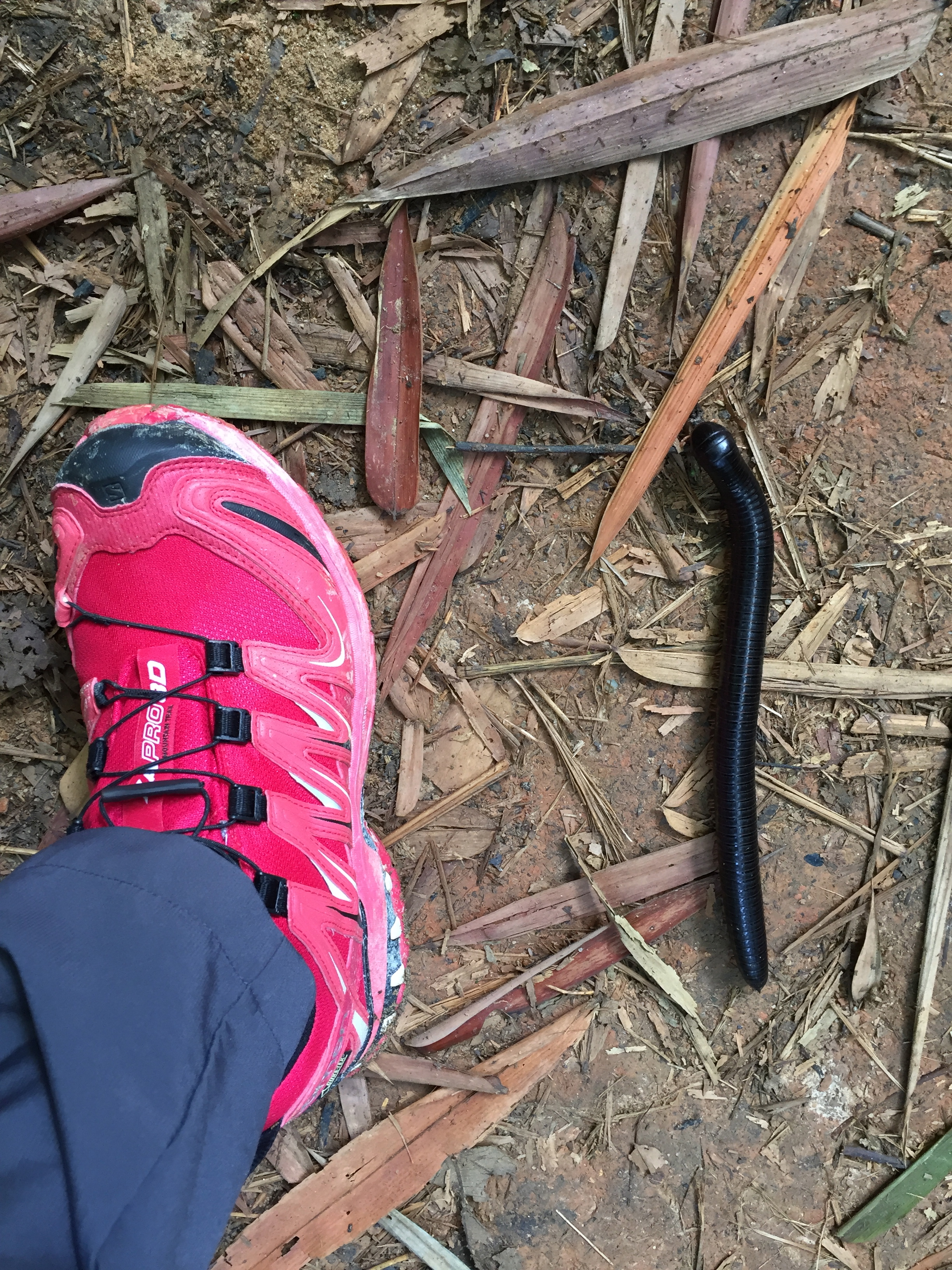 There is never a lack of company in the trails. “Why is this human with only 2 feet is so eager to run? I have hundreds of feet yet I never want to go up and down these Nuang loops.” – said the giant centipede.

Looks like the Nuang loops will be my training ground for the next few weeks. I will be back again to train harder!

The next day, I head to an event called My Buddies Run for a quick 5km fun run. I rarely participate in short distance events, but after yesterday’s hard work I took this fun run as a way to reward myself. The highlight of this event was not to break any PB, but rather getting dressed up in costumes and just simply enjoying the race since the route was easy. 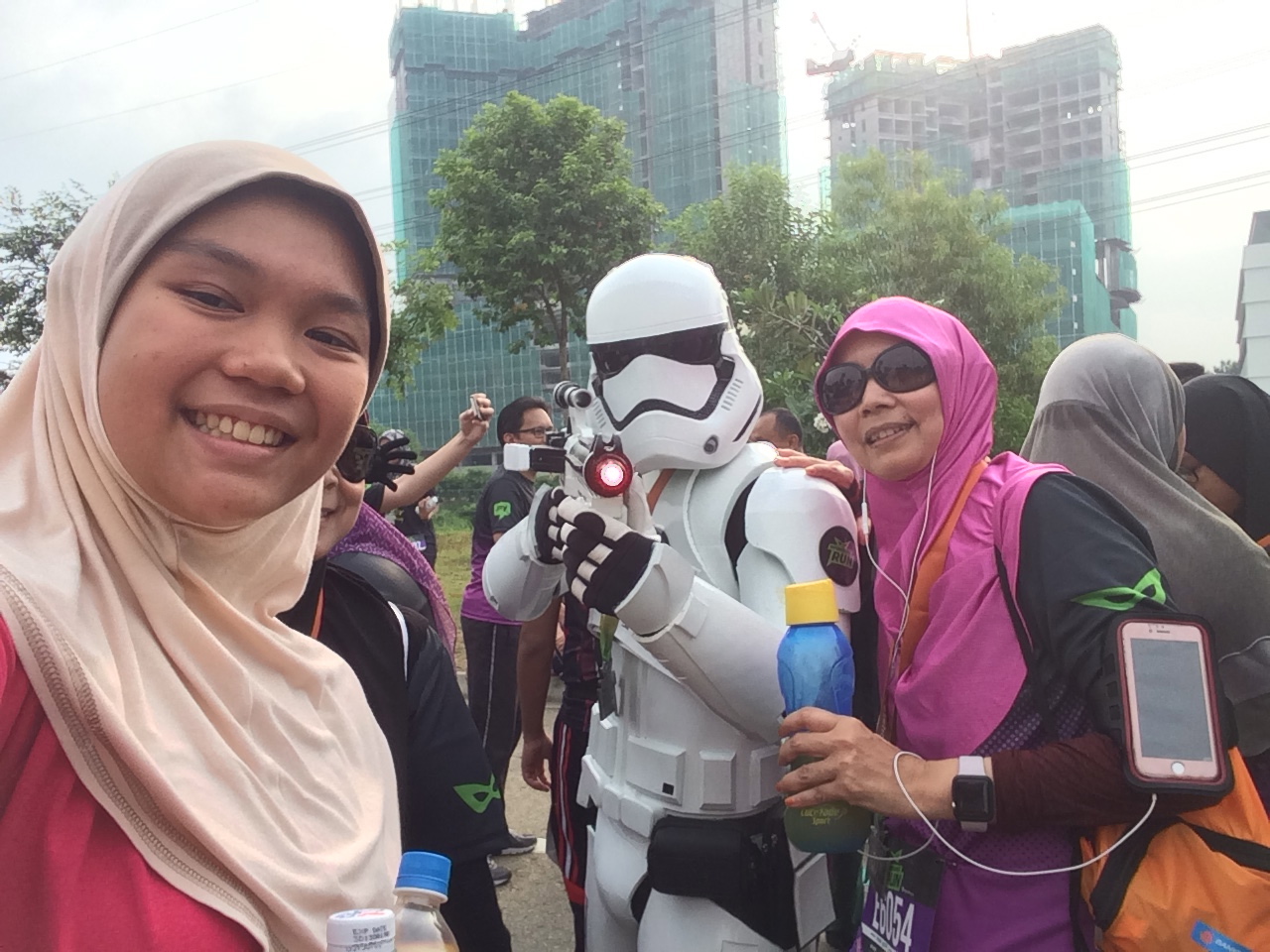 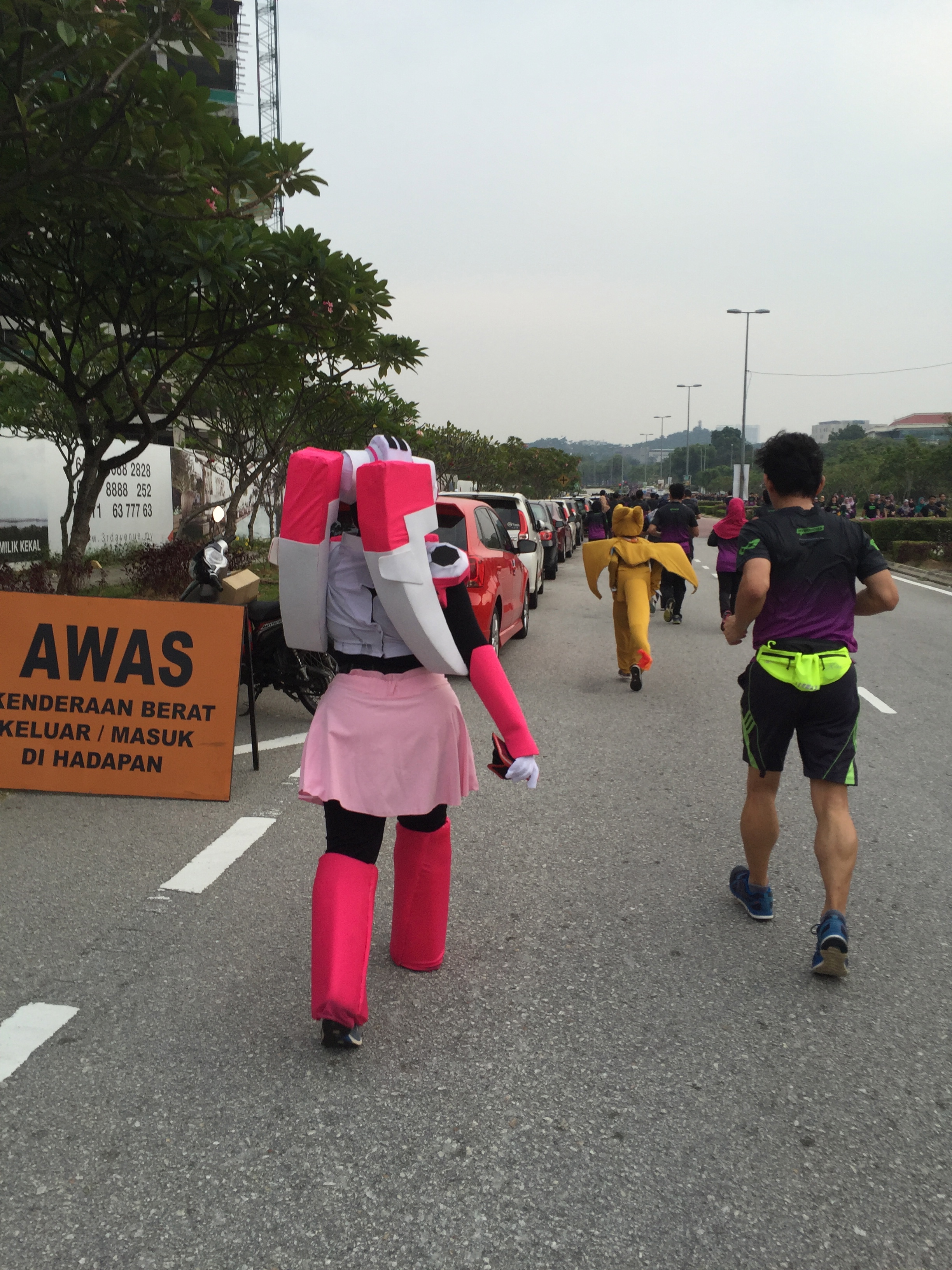 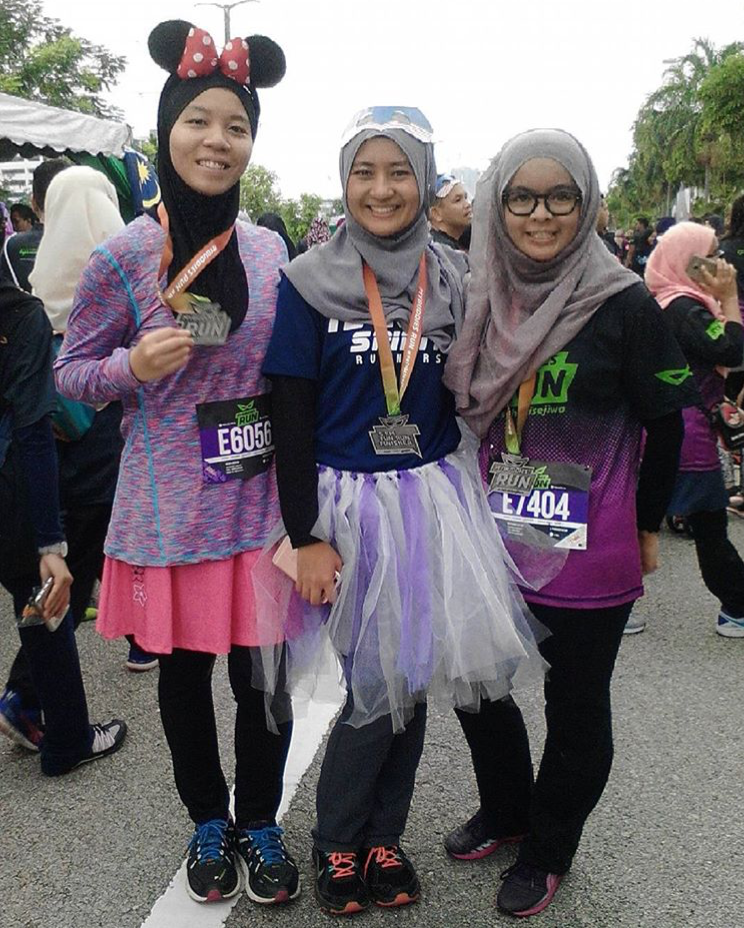 Many came dressed to impress! My Minnie Mouse ears was nothing compared to the scale of their costumes. 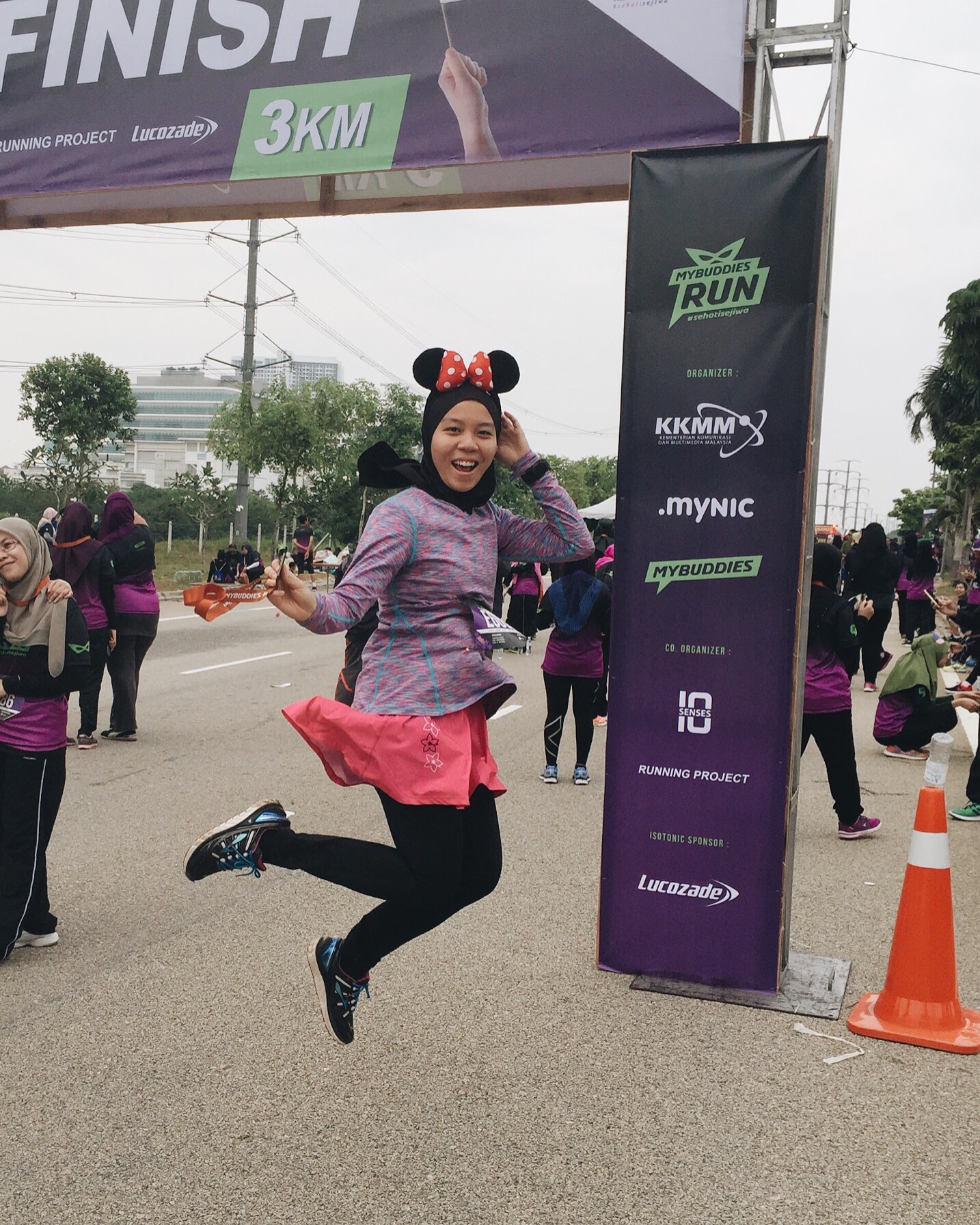 Clearly I was excited to get dressed up. Just like any event, one must do their best to follow according to the dress code right?

Fun runs gave me a fresh perspective on running. Since it was a non-competitive and friendly event, many families came with strollers, elderly couples walked holding hands through out the route, and kids jumping around in their costumes…Looks like it is never too young or too old to inculcate the joy of running!

It has been a productive weekend for me. Now I am all recharged and ready to face Monday again!