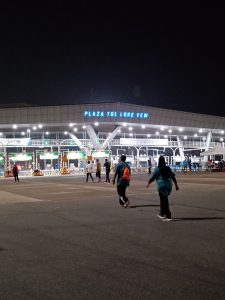 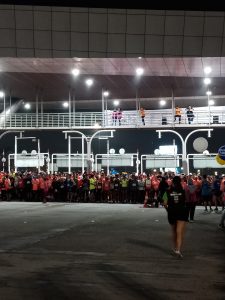 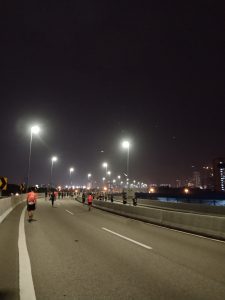 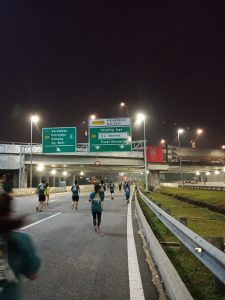 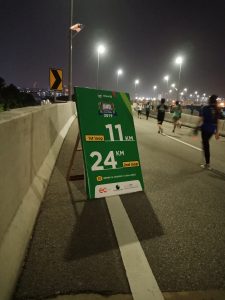 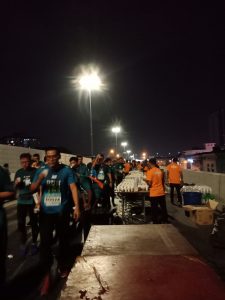 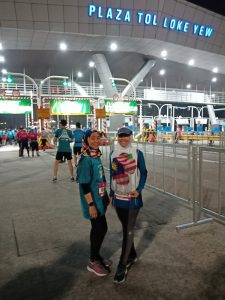 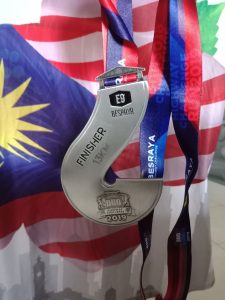 I pray that your Ramadan and your Eid was full of blessings, family time and prayers.
InshAllah all of your prayers will be answered and your wishes will be granted.

Now that Eid is done, it is time to go back on track with our exercise routine.
Nashata has a great runners community. I wanted to share this quick video to help you with your stretching routine to keep you injury free and keep your legs running pain free inshAllah.

Let me know if you have any questions or if you would like to see a specific video.

This is a quick 9 min stretch for the legs and hips.
Take advantage during Ramadan and do it when you can. It will help kick away any stagnant feelings in your muscles.
If you want better results, try to hold each pose for 30 sec to one minute.

Let me know if you have any questions or if you want any specific workout videos.

Here is a new video in the NO Equipment Series.
Today it No Equipment FULLBODY Workout.
All you need is your energy and some space.

How to use this video?
I have 4 sets of full body workout out. Pick which ones you want to do and repeat each move 10-15 times. Then repeat them 3 times.

Use Code “NURA’ for 10% discount from Nashata.com

Here is a new video in the NO Equipment Series.
Today it No Equipment Legs Workout.
You can do som of these just sitting infront of the TV, literally!
All you need is your energy and some space.

Use Code “NURA’ for 10% discount from Nashata.com

In this video, I share 20 Arm workouts that will help your arms stay strong and toned. You can do those workouts ANYTIME and ANYWHERE.
– NO EQUIPMENT NEEDED
– NO GYM NEEDED
All you need is your energy and some space.

How can you put those workouts into use?
Pick 5 of the workouts, repeat each move 10-15 time, then do 3 sets of all.

Sports Hijab:
– Hooda Ellips Sports Hijab in Black
– Hooda Hijab for Dry and wet use with Zipper in Beige
– Raazglove in Grey
(I like to keep my sports hijabs under my clothes. This is just my preference)

Share with me if you do any of those workouts.
let me know if you have any questions or request specific workout videos.

Use Code “NURA’ for 10% discount from nashata.com

Let’s face it ladies, active hijabis have special requirements when it comes to packing to go to the gym. Because we sweat more after working out, just changing into a fresh set of clothes and giving yourself a wipe down with some wet wipes will not be enough. We usually need to take time to shower properly, or at least wash our hair. Hence, we usually bring more stuff to the gym. But how much is enough?

Below are 10 items that I must have inside my gym bag and I have to admit, I can’t live without any of them! 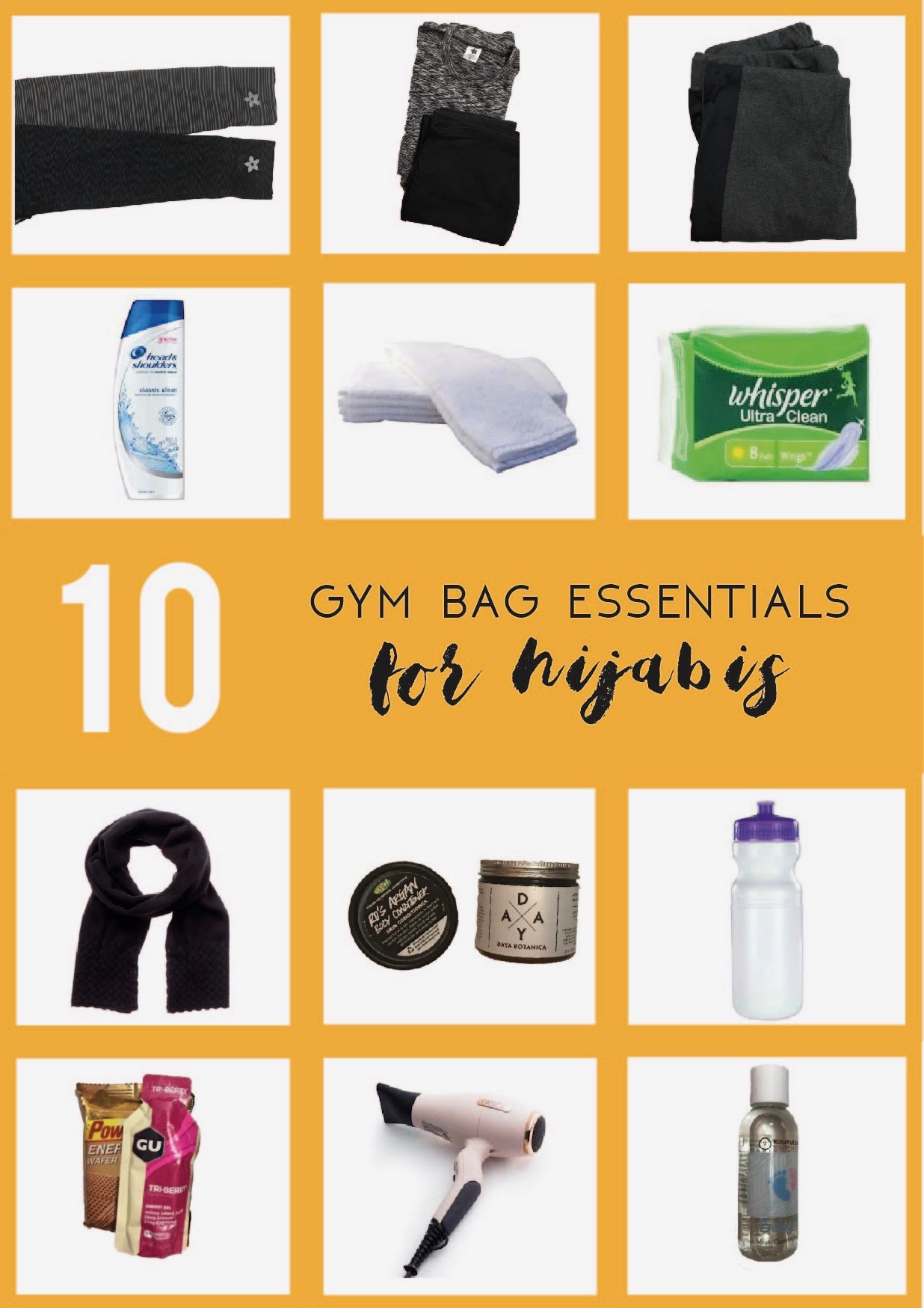 Hijabis, I hope this list will be helpful for you to pack before hitting the gym. Remember to pack the night before heading to the gym to make sure you have everything you need. Less stress, more sweat!

It’s almost the end of the year, and that means holiday season is here for most people. Regardless of where you are heading to, don’t forget to pack a piece of Nashata into your suitcase!

Nashata was designed with the athlete in mind, but that also means the pieces are versatile. You can wear it in almost any casual situation – while exploring cities, boarding a flight, lounging at the beach, or my favourite, “runcations”.

Here’s how to pack your Nashata traveling essentials, based on your type of vacation:

Your vacation will most likely revolve around discovering modern cities, or walking to museums, or cafe-hopping. It’s going to get hot and humid with all that walking and navigating around the city, so opt for some sun protection like a sunglasses and hat. A quick-dry top will keep the sweaty smell at bay. Keep it casual and presentable in with a pair of jeans. 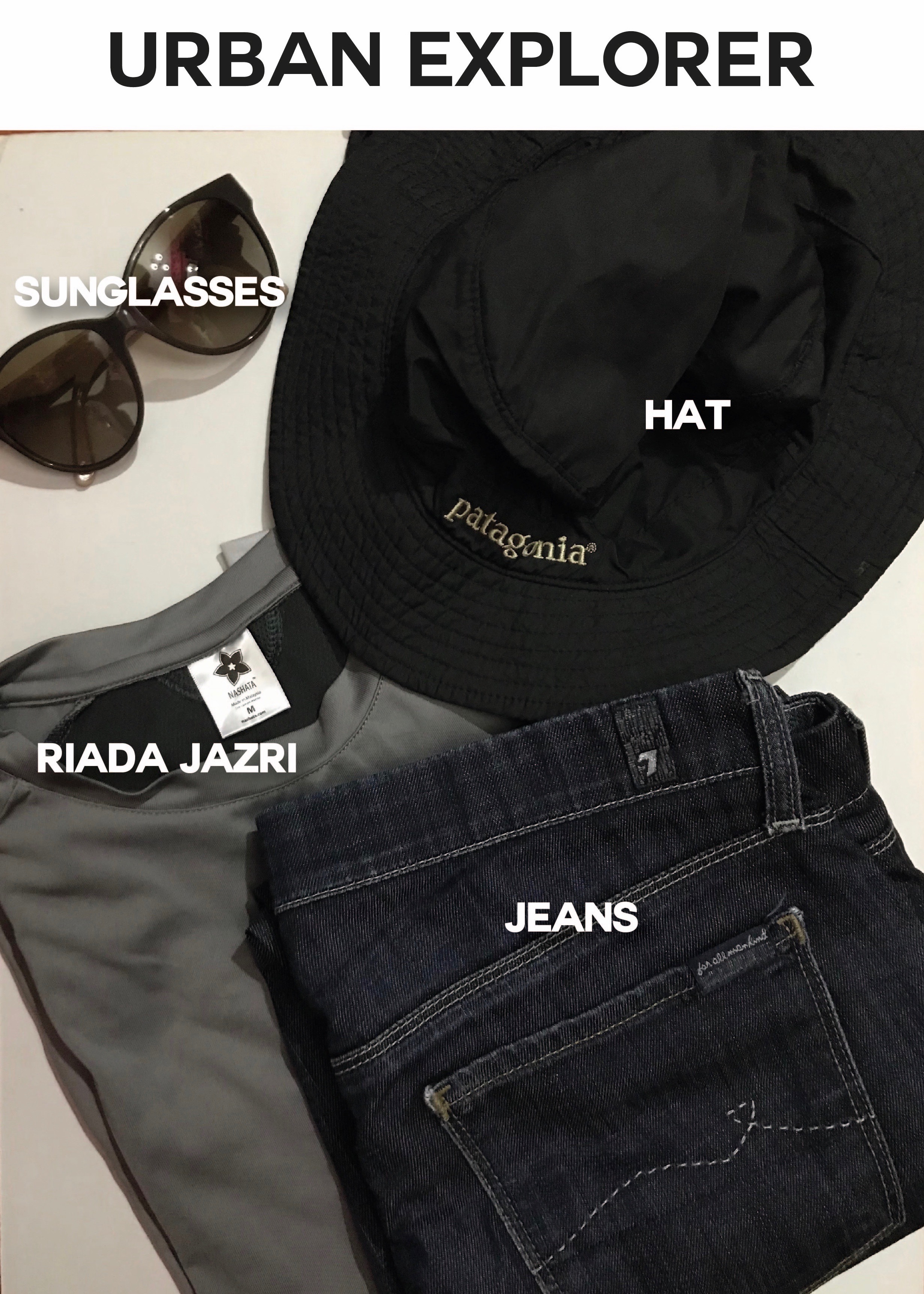 Crossing different timezones is a normal thing for you. That long haul flight is going to get chilly, so layer up a hoodie to keep your warm and give you privacy so you can sleep. Don’t forget some entertainment to keep you occupied on that 10 hour flight – it’s the perfect time to catch up on a tv show or finish a book. 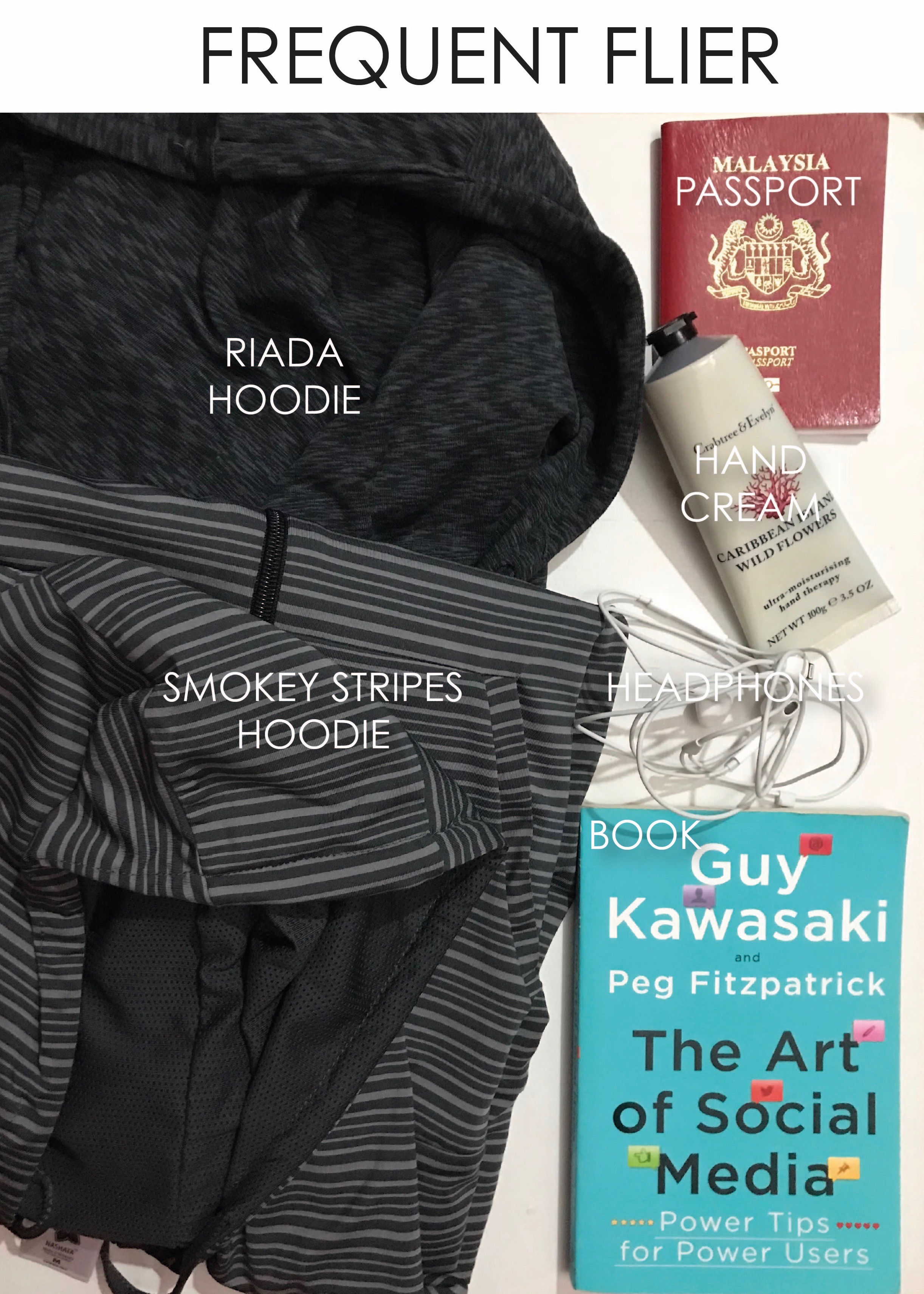 Sun, sand, and sea – it’s about to get wet! But that does not mean you have to compromise your modesty. Swim to your heart’s content in the Sibaha. Who says you can’t have fun under the sun while covering up? 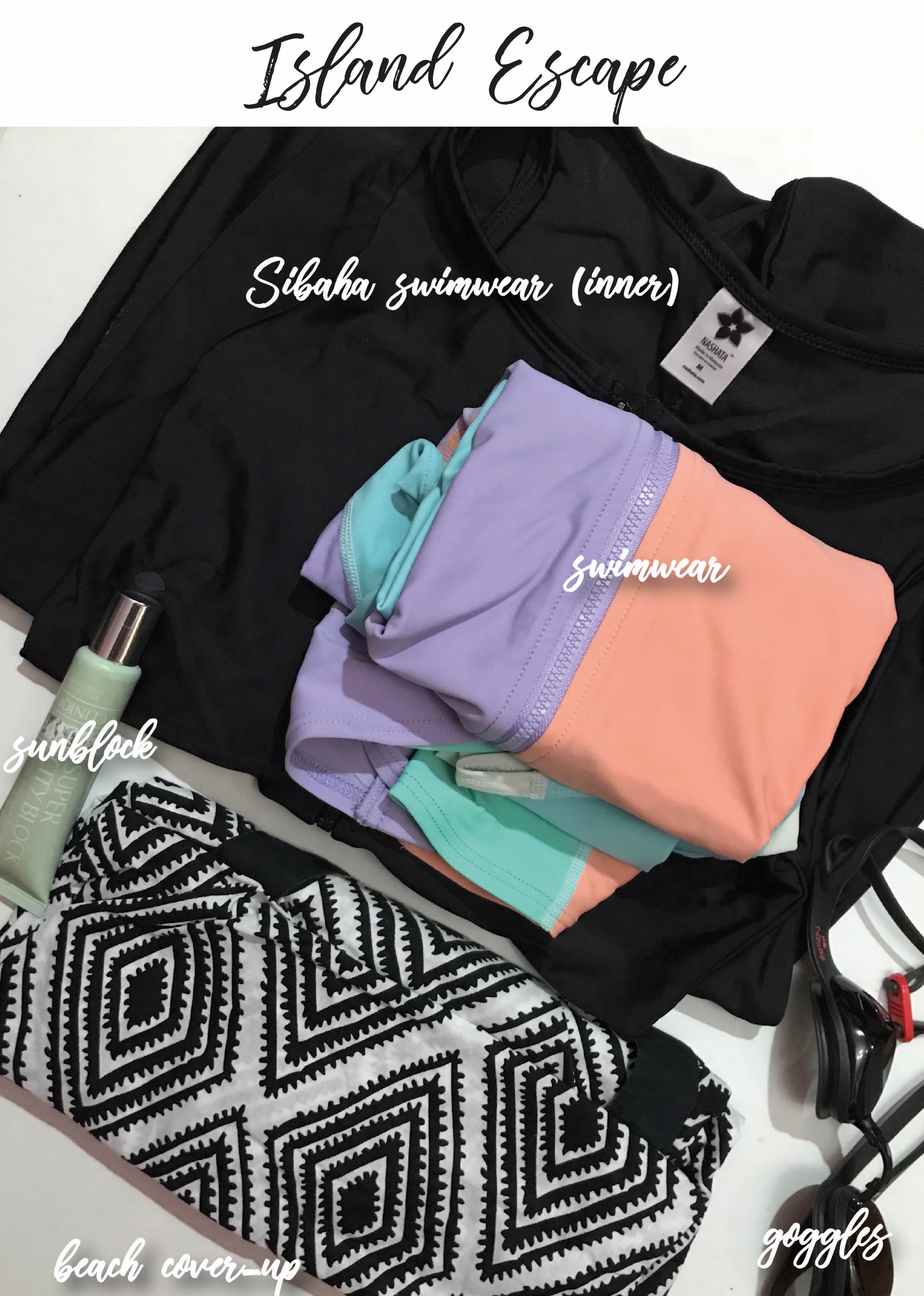 Another weekend, another run, another city. Don’t forget your race gear, you don’t want to be stuck in an unfamiliar city looking for a top, pants, or worst, shoes! Also, soothe that tanned skin after hours in the sun with some natural remedy. 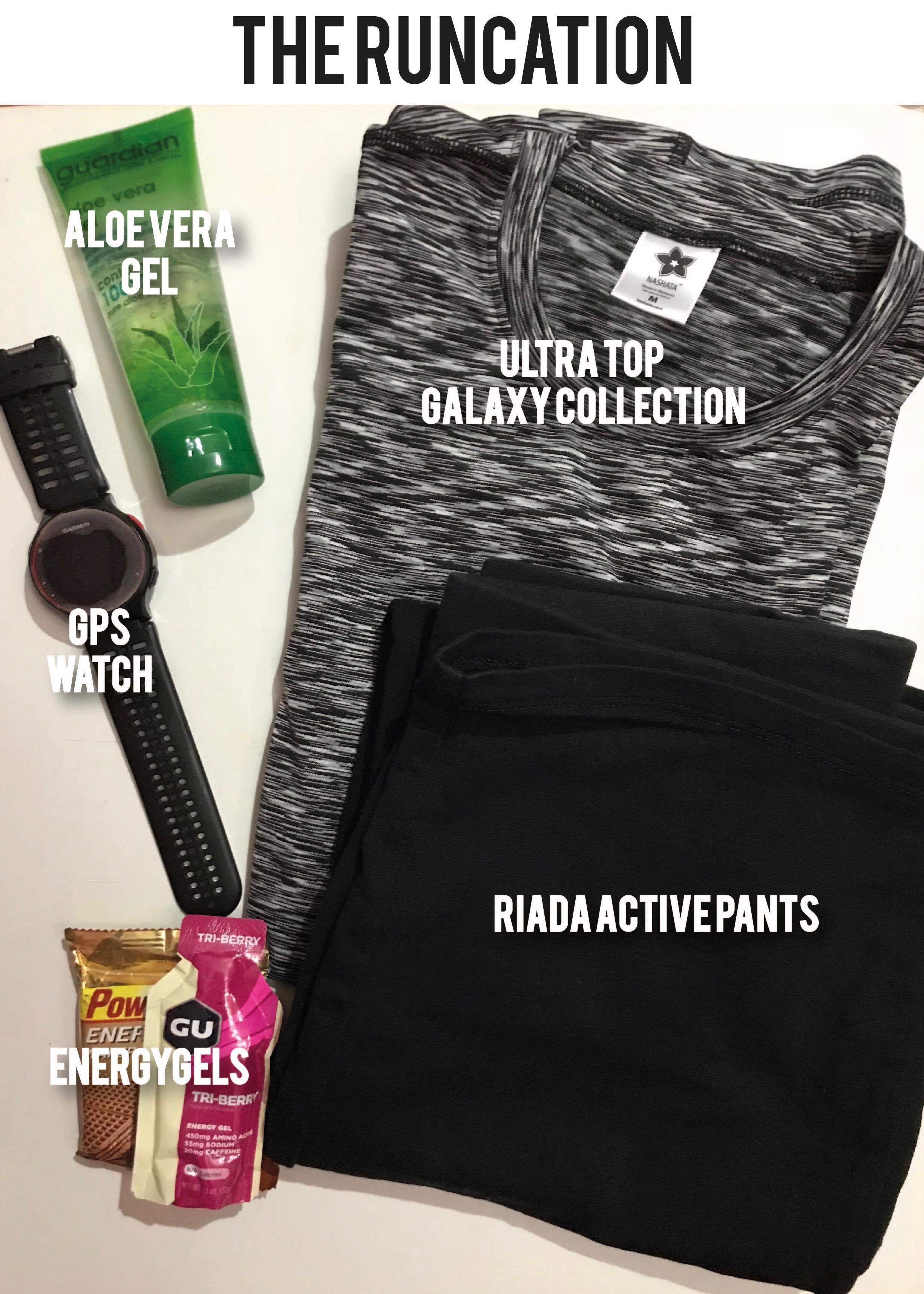 So where will you be travelling to? Don’t forget to post your OOTD and tag us!

Did you know that Nashata is for all ladies who wish to dress modestly and since Day 1, we have designs specially made for large & tall women? From sports hijab to tops and pants, we have got them covered. The designs are loose with slimming effect  and they are made of moisture wicking fabric. We carry sizes until 3XL. For:

1. Sports Hijabs, there are the Mumtaz  extended

So, don’t you worry ladies. You will look good in them. 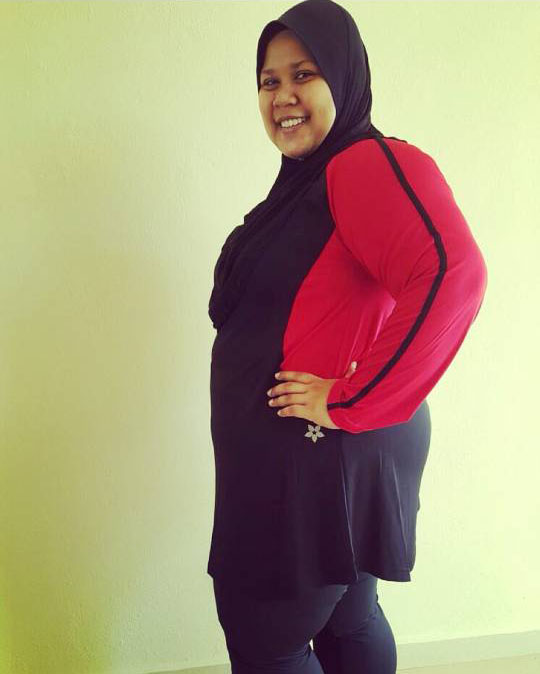 Syadam love obstacle races and competes in – the Riada Nahl and Riada Active Pants in confidence.

2018 is a year for us to celebrate the Plus Size Ladies. We are kicking off searching for these beautiful plus size ladies to be part of Nashata Plus Size Models. 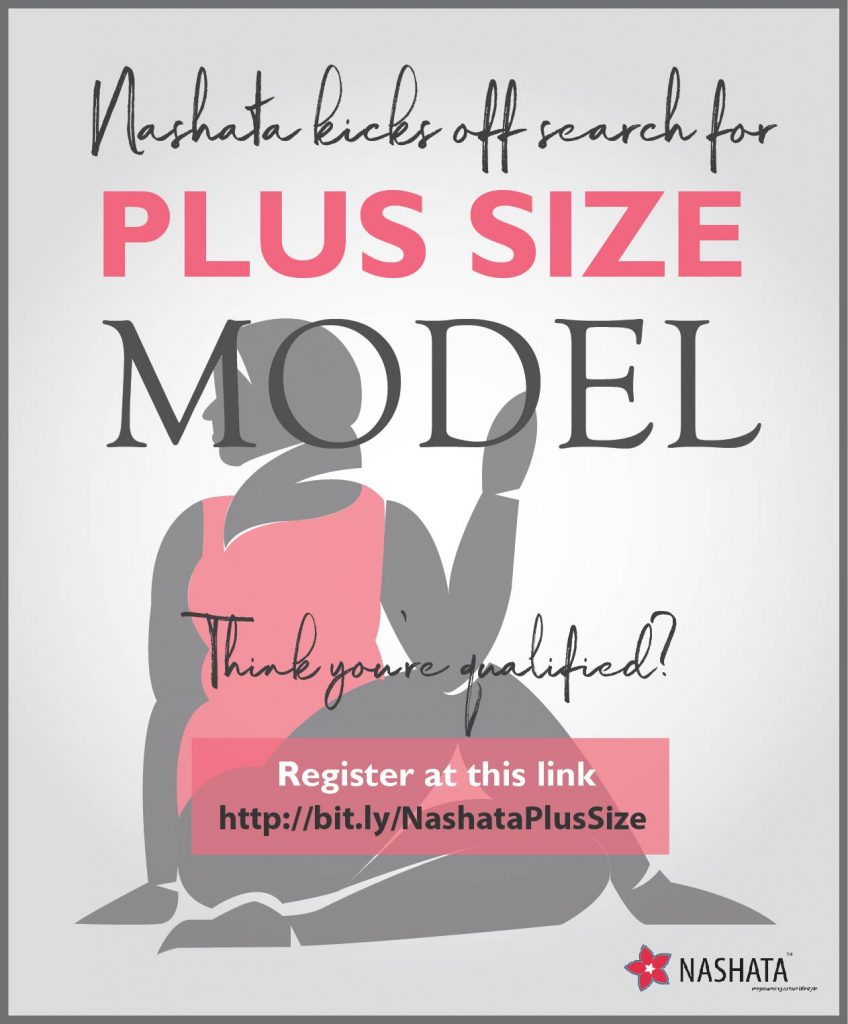 What do you get if you’re chosen as Nashata Plus Size model?

The chosen models will get to wear Nashata plus-sized sports tops, sponsored by us. This is an awesome opportunity for you to Be Fit, Be You,  and wear appropriate activewear when you workout. Let’s share with others that Fitness is Easy! Together with Nashata, we can make a greater impact to motivate others to not give up on staying active. Now that’s one way you could increase your deen by helping others, right? 😉

So, what are you still waiting for? Join us by just fill in the form here ! Or share this with your beautiful friends. Deadline is 31st December 2017.

Shortlisted ones will be contacted 1st week of January 2018.

Facing a tight budget, but you need to replace a pair of pants? Unsure about what is modest activewear all about?  Should you compromise between quality and price? Worry not, Nashata is here to help you make sound choices based on your budget and needs.

Here I have listed 4 situations or problems, and how we can assist to solve them. However, we understand that there are different price point for every individual, hence we suggest an alternative product that will work too. 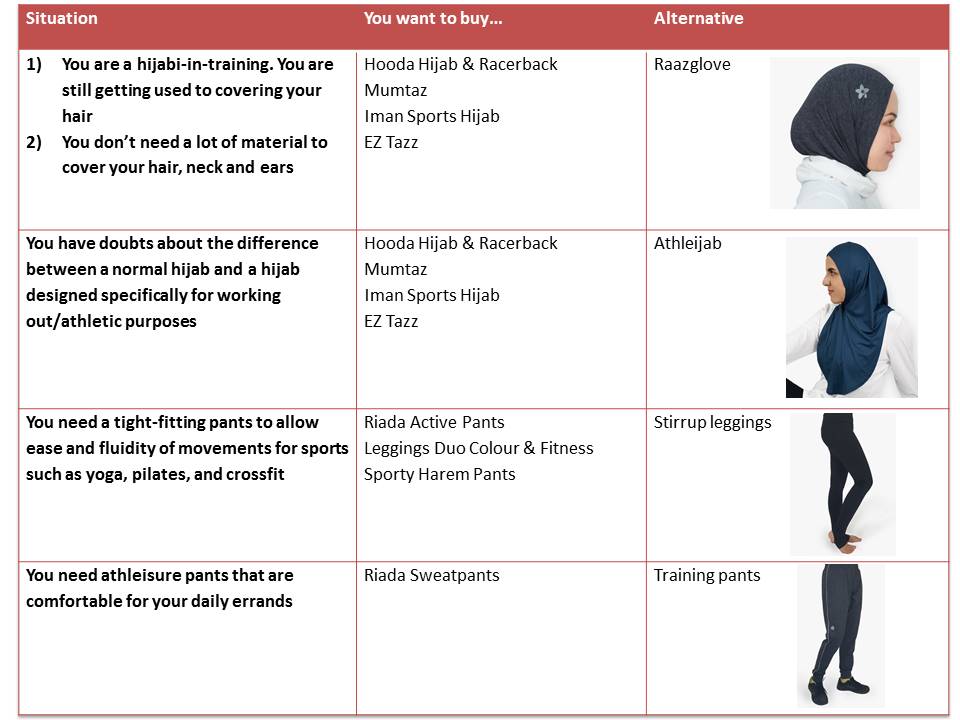 In the long run, you might still need to ‘invest’ in products that can last for a few years and possibly, a lifetime such as the Heather range. They might be expensive initially but thanks to the good quality one top can last for a long time, hence you get ‘returns’ by saving since you don’t have to replace a top over and over again. The cost per wear will reduce over time, since you wear the top repeatedly. 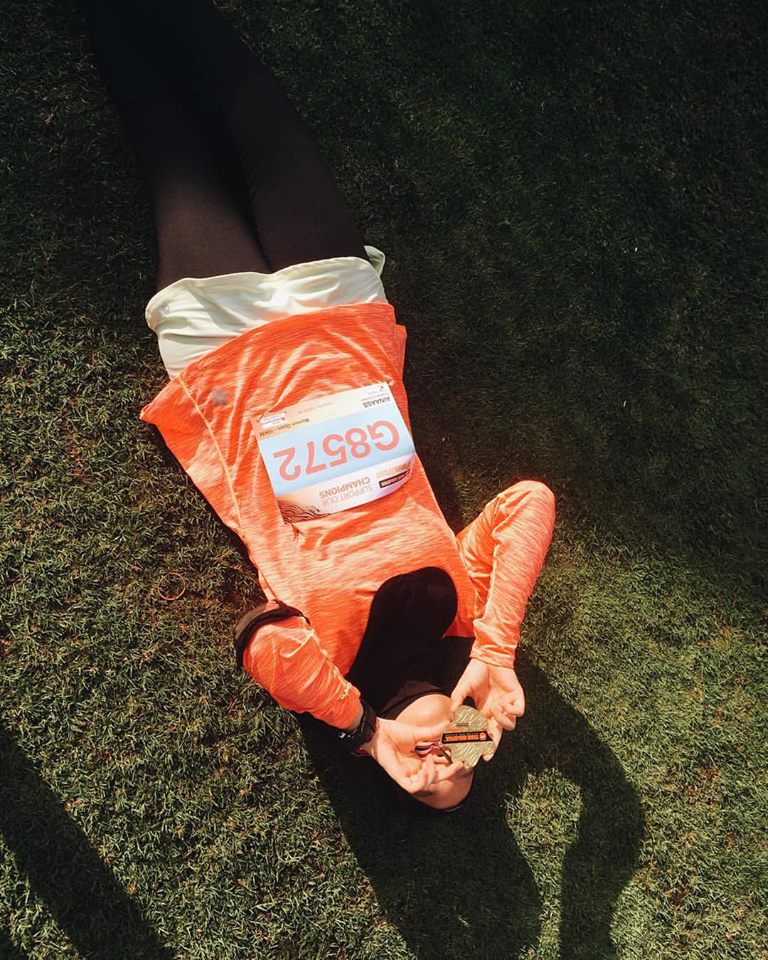 The heather range. This top has served me well over the past few years

Ladies, the power is in your hands. Make the right decision that will benefit you in the future, and make your money worth every single cent!