I considered The Great Eastern Run as yearly event for me since I started running about a year ago. It was only 12KM, but I was excited and I look forward to this event since I had a good time last year. The organizers made a few changes, such as a new route which started from Dataran Merdeka, and added a new 5KM Fun Colour Run category, or known as Colour My Heart Run.

The 5KM Colour My Heart Run was a hit amongst participants of all ages and sizes. It’s a friendlier format compared to the competitive 12KM category. Personally, I think the concept was pretty similar to last year’s CIMB Colour Run. It’s a great way to have fun while working out, or getting yourself introduced to the world of running. If you can run 5KM, why not 12KM next time right? 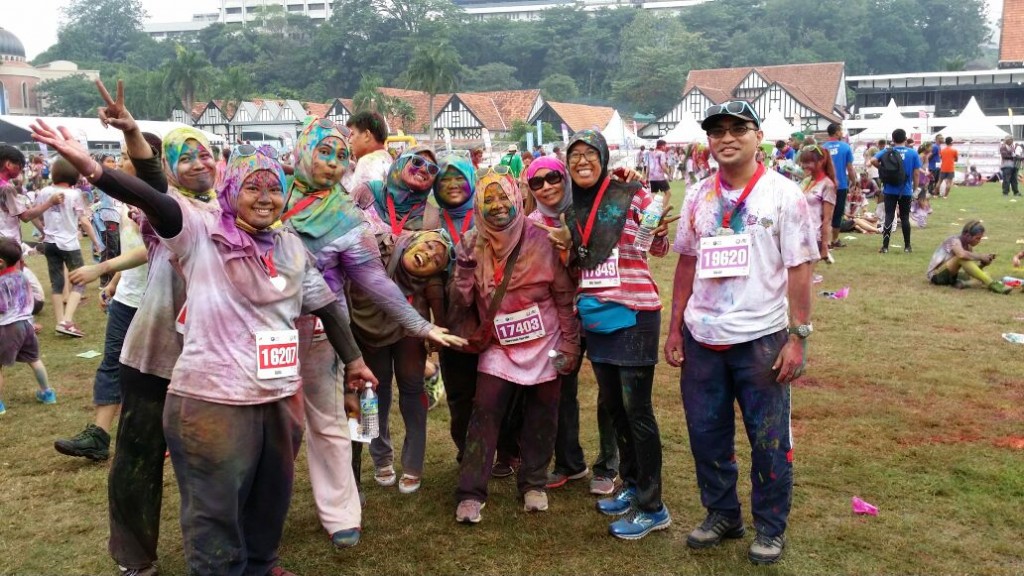 What did you have for breakfast? The energy level is too hyper, aunties and uncle! 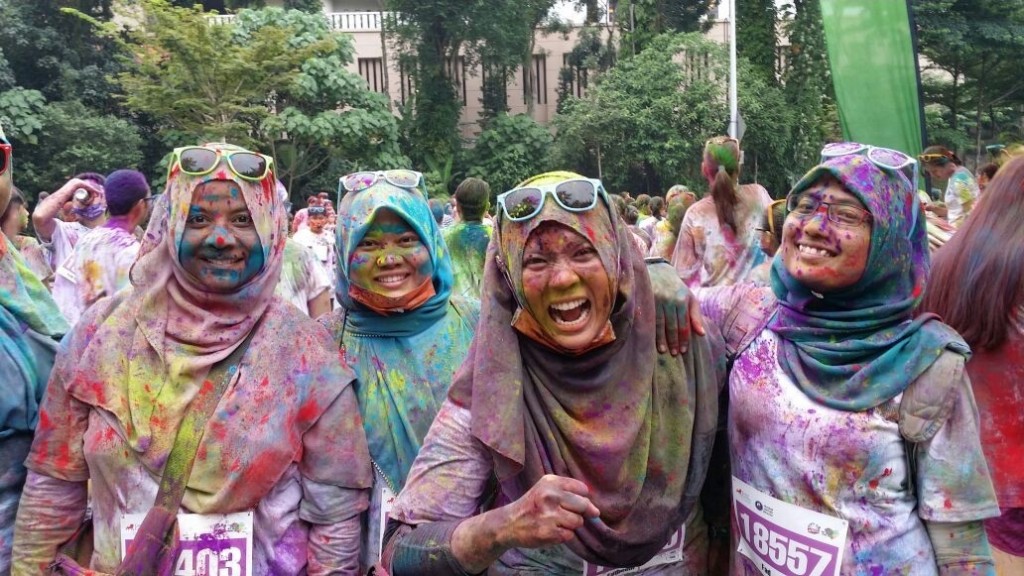 Our secret to the Fountain of Youth: Coloured powder.

For the 12KM category, it seems like this year’s crowd is bigger compared to last year. Instead of running through the main, big streets of downtown Kuala Lumpur we were directed through the smaller roads around Bukit Tunku. It was more challenging, because the route was quite narrow and hilly. I ended up spending most of the time dodging between runners or trying my best not to run into slower ones. (Note: If you are slow, stay on the left lane, just like driving!) Due to the bigger crowd, there was not enough volunteers at the water station, so runners were rushing and pushing to grab a bottle of their own. I hope next year the organizers will improve on managing the crowd, or increase the number of volunteers. 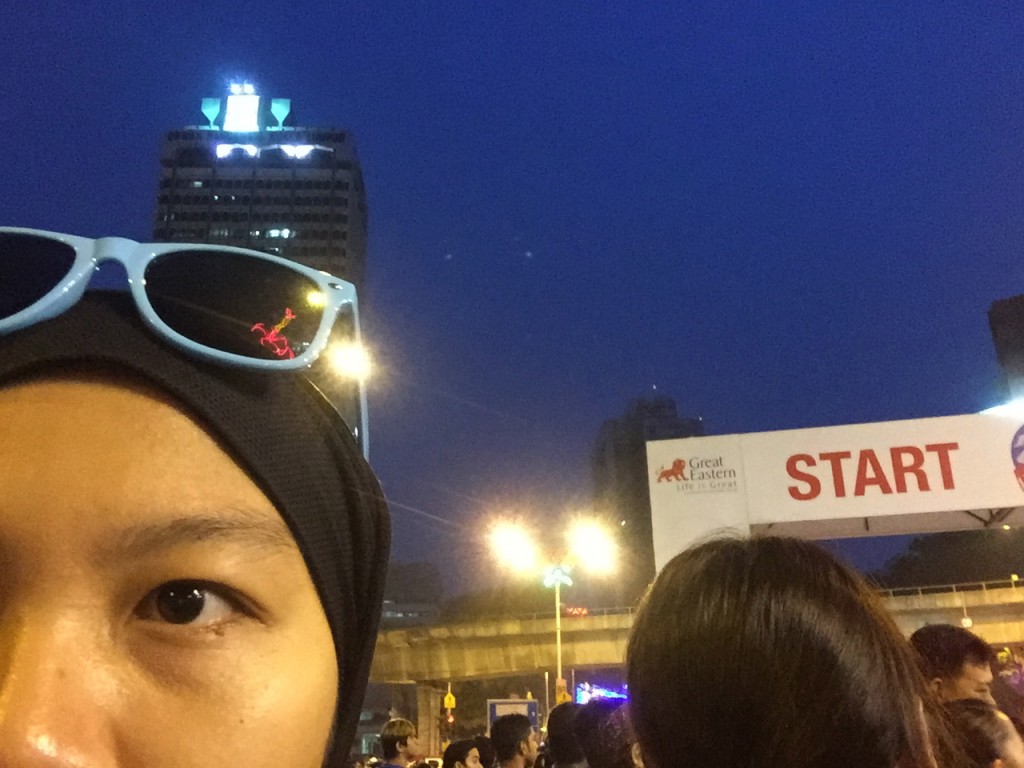 Funky blue sunglasses courtesy of the 5KM race kit. But my favourite running Iman hijab is courtesy of Nashata, of course. 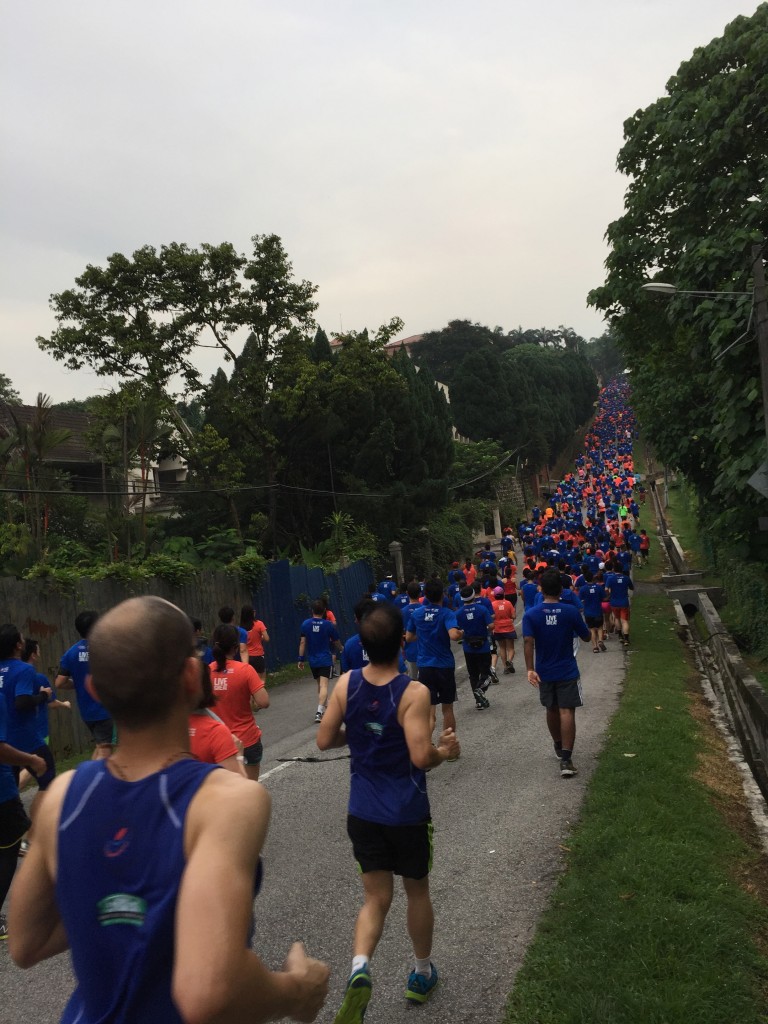 One of the few killer inclines. It was very, very crowded. The number of participants were overwhelming!

Most of us ended up taking a longer time than usual to complete the run. Maybe it was because of the inclines and hills which slowed us down, or maybe we spent too much time zig-zagging through the crowd. I took about 1 hour and 43 minutes, about 13 minutes longer than my best time running the same distance. To our disappointment no one in my team beat their personal best. But everyone pushed hard, and I am sure most of our knees and quads will be very sore tomorrow. Despite the challenging route, we agreed that this year’s experience was more rewarding compared to last year. 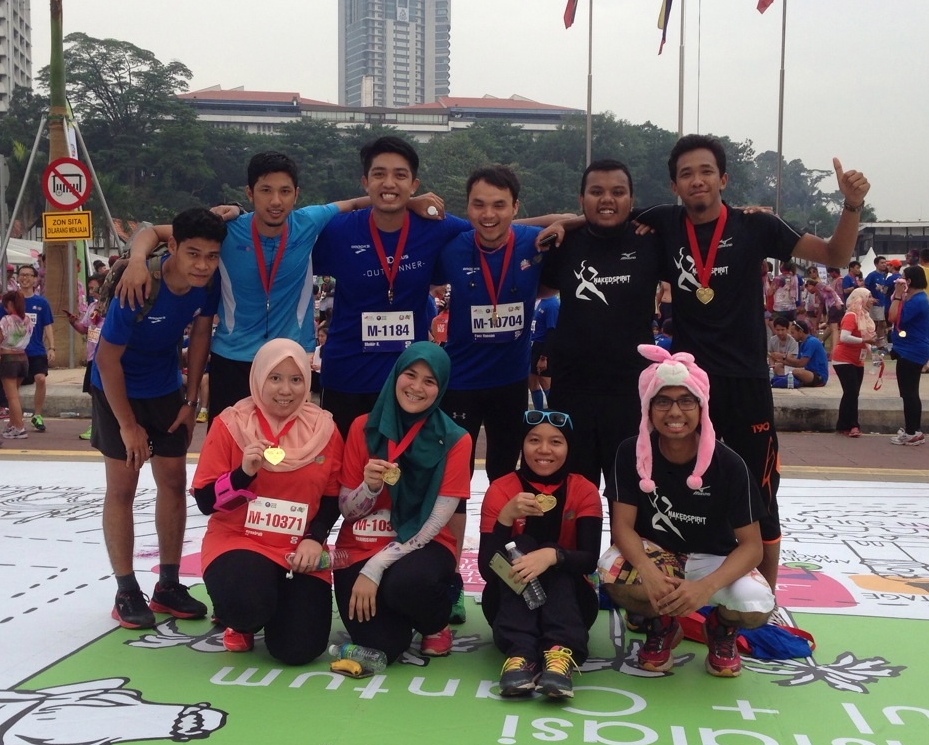 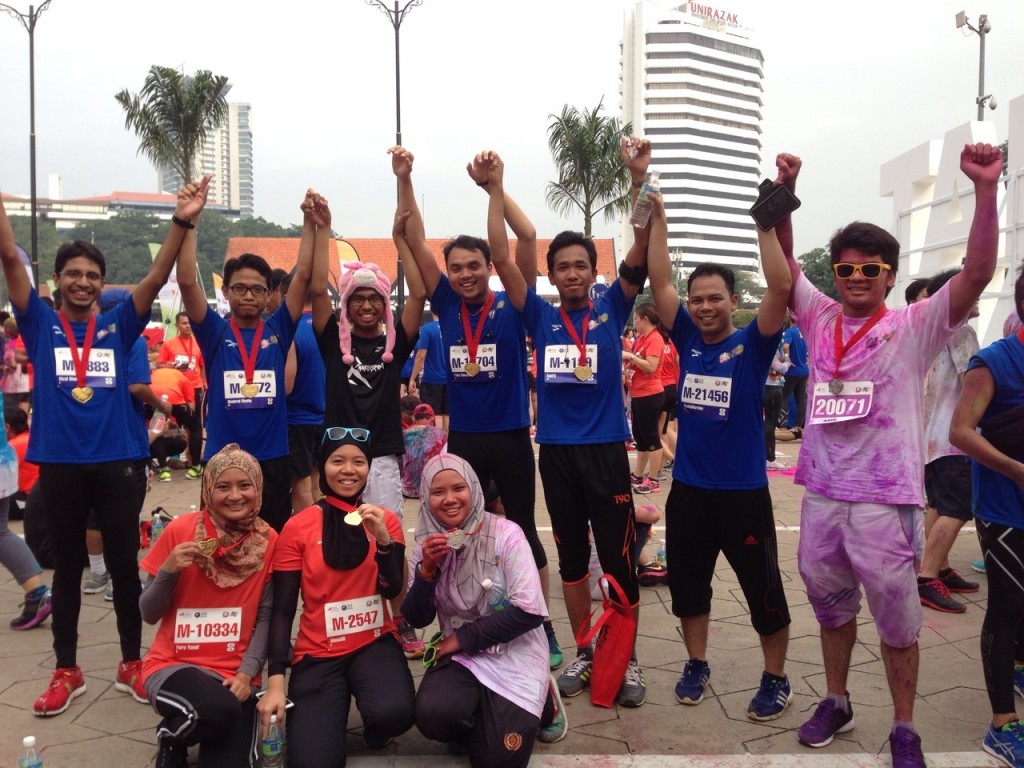 So what do you say guys, another comeback round for 2016?