As we delve into 2016 we’re that much closer to the Summer Olympics. In 205 days more than 10,500 athletes from around the world will be lined up in Rio de Janerio, Brazil competing for their Olympic title. Rio will become the first city in South America to host the Summer Olympics. The other finalists included Madrid, Spain; Chicago, United States; and Tokyo, Japan.

The opening ceremony will take place on August 5 at Maracanã Stadium. While the opening ceremonies are often known to be quite extravagant, especially the ceremonies put on earlier in London (2012) and Bejing (2008), this year will be a low-budget production based on the countries current recession. 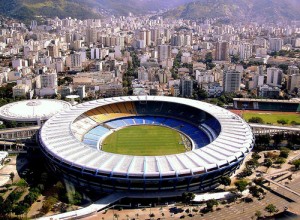 This year the Olympic program will feature 28 sports. The sports include: Aquatics, Archery, Athletics, Badminton, Basketball, Boxing, Canoeing, Cycling, Equestrian, Fencing, Field Hockey, Football, Golf, Gymnastics, Handball, Judo, Modern pentathlon, Rowing, Rigby sevens, Sailing, Shooting, Table Tennis, Taekwondo, Tennis, Triathlon, Volleyball, Weightlifting, and Wrestling. I don’t follow too many Olympic sports but I absolutely love watching track and field, gymnastics and diving. I love the athleticism and determination that radiates off out of these sports. I know I’ll never be an Olympic athlete, but watching them definitely gets me motivated to be my best. 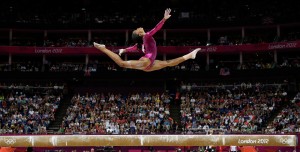 Will you be watching the Olympics this year? And if so, what are your favorite sports!?