Last Saturday I was back in Putrajaya again for the Shape Night Run for the 11.3km category. Putrajaya seemed to be the most popular venue for a night run, I don’t think I have ever done a night race other than in Putrajaya. My guess is because the roads are not busy during weekends, and ample parking around the Precinct 3 area. 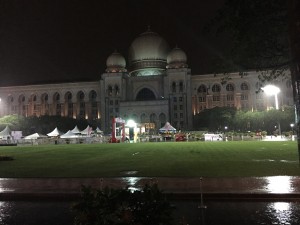 It has been raining non-stop through out that evening, followed by a thunderstorm and torrential downpour into the night. Conditions were not safe, but I decided to show up anyways and wait at the nearby mosque just across the starting point. The organizers postponed the flag-off from 8.00pm to 8.45pm and wait until the weather improves. While waiting, the organizers handed out Special K cereal and salad because everyone is potentially wet, cold, and hungry. They also advised participants to run at their own risk, but they are welcomed to collect their goody bag if they decide to pull out from the race. Thumbs up to the thoughtful organizers who wants people to have  good time while ensuring their safety! 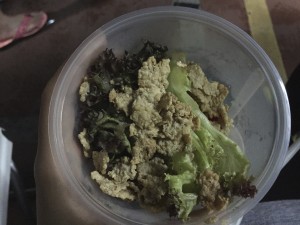 Some last minute energy boost. The salad was just right, filling yet not too heavy.

Thankfully, the rain slowed down to a light drizzle just before flag-off time. The weather continued to improve as the race progresses. However the road was slippery, and some runners slipped when they were not cautious. Some even opted to run barefoot to get a better grip. I kept my speed at a slow and steady pace and completed the race in about 1 hour 27 mins. I did not stop at all water stations, probably because the temperature was slightly cooler so I was not thirsty. 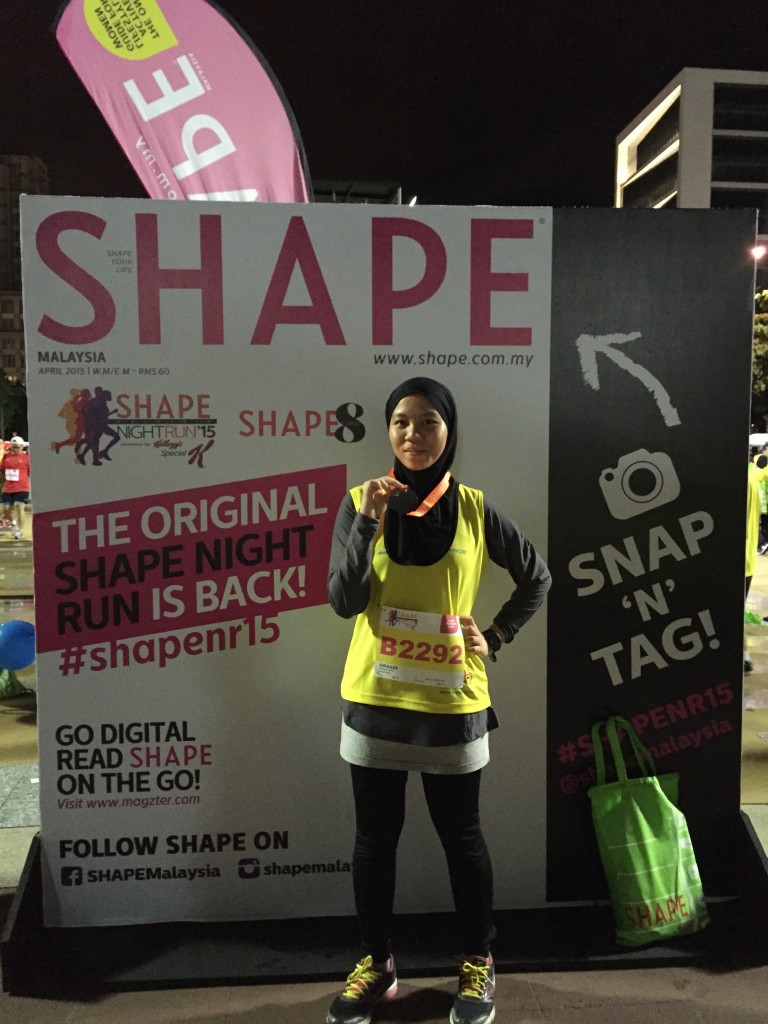 Slightly damp from running in the rain but I am amazed at how fast my Nashata Amin hijab dries up. I will wear this hijab more often!

P/S: April will be a month of back to back races again every week. And this means weekly race kit collection, which are usually held in malls or set up in an expo layout consisting of booths from their sponsors. As I cannot resist a good bargain I’m one of those people you will spot pacing pacing back and forth between the booths, feeling guilty that I have missed out on a great deal yet at the same time feeling guilty that I am about to spend on something that I might or might not really need. In the end, I succumbed to the various deals and a typical haul for me after a race kit collection would look something like this: 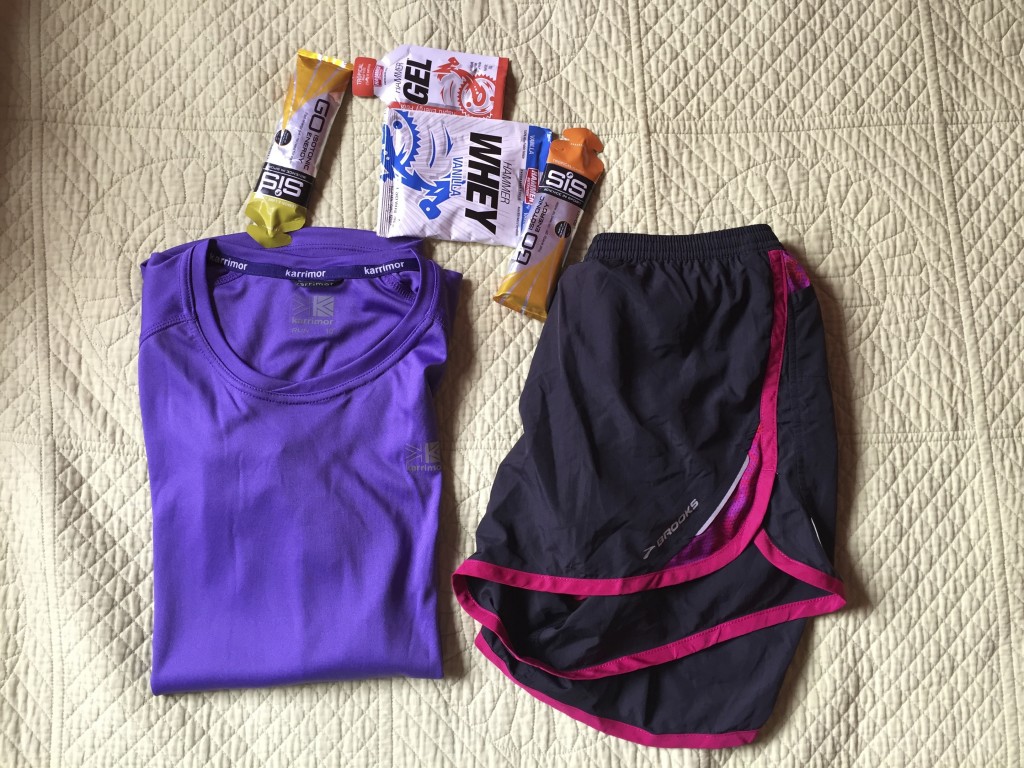 I could not resist the colour of that dri-fit shirt, and while I am at it might as well pick up a new pair of shorts, and since I already bought some energy gel might as well try that flavour of protein whey. Because I totally need these new stuff right?

So, who else is guilty for shopping while collecting their race kits?