On the 16th Sept is the Malaysia Day (the date when East Malaysia and West Malaysia joined together to form what Malaysia is today), and this year, my husband and I got the opportunity to run the 10km DPulze Malaysia Day Fun Run in Cyberjaya. It was too close to home and the route was new to us, so we thought it would be a good leisure run. 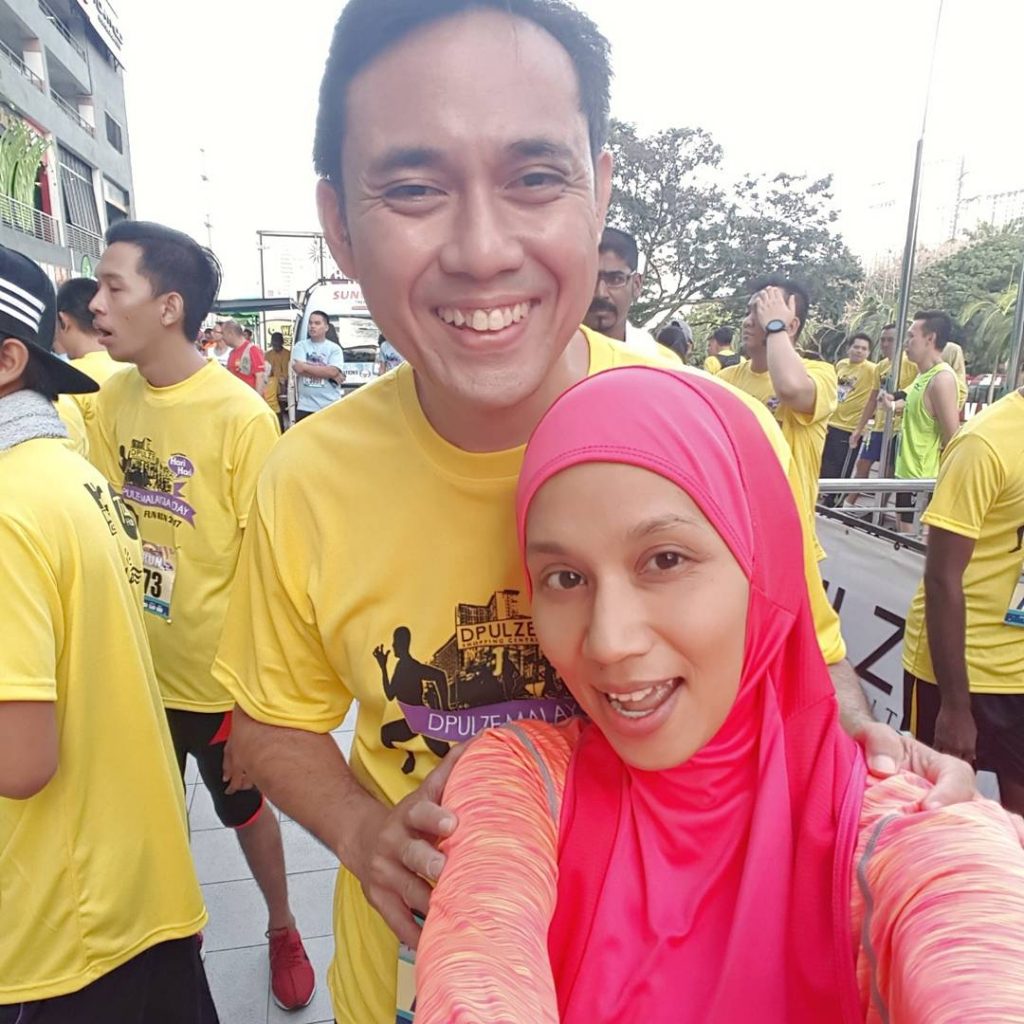 It was the 2nd Malaysia Day fun run organised at DPulze. All in all, it was a good run; well organised, the volunteers, RELA and traffic policemen did a good job managing the traffic and kept runners well informed and safe. It was a bit too hot for me running at 630pm compared to my usual early morning cool runs. There weren’t many runners, so we had the road to ourselves until we reached MDeC. We took a left turn at the junction, running on the bicycle lane towards Lim Kok Wing University, and continued running along the dusty road (due to the MRT construction). We made a U turn at the traffic light by the university and ran towards FTMS College. At 7.5 km, I was running alongside Raja Haji Fisabilillah Mosque and I could hear the call to Maghrib prayers. There were more runners from the 5km group from there onward until the finish line. 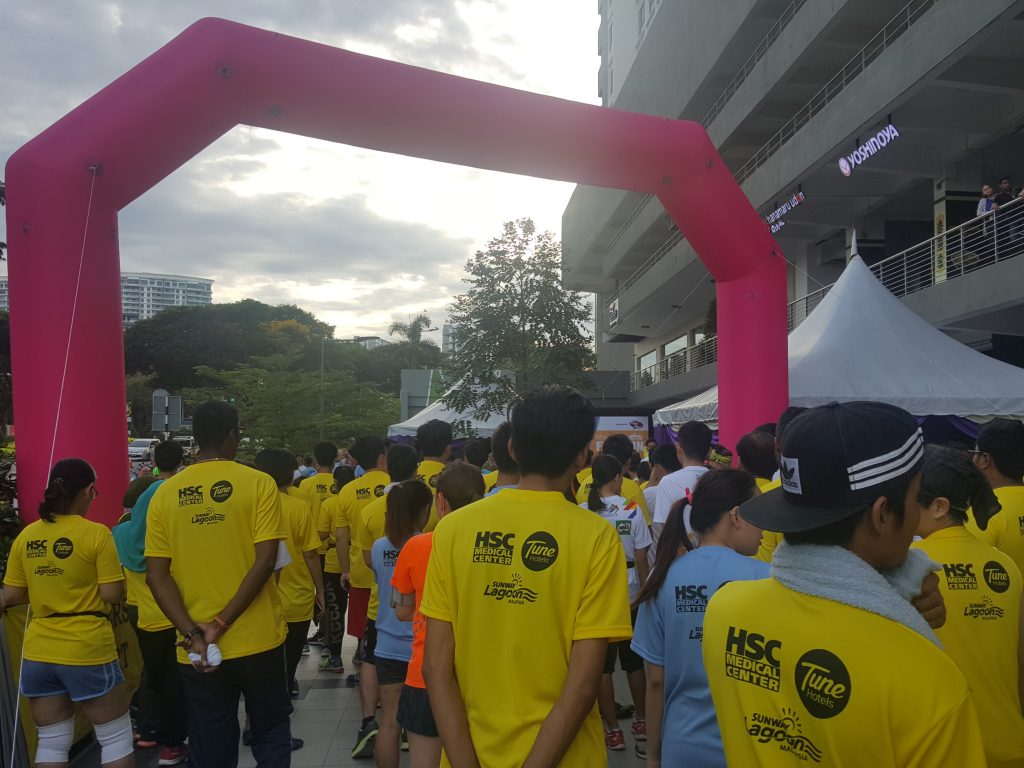 I relied on my Forerunner 235 Garmin watch for distance and timing as there was no timing chip. My watch recorded 1:03:35 for 9.32km. The timing was similar to the displayed clock at the finish line. Quite pleased with the pace 6:50 min/km. 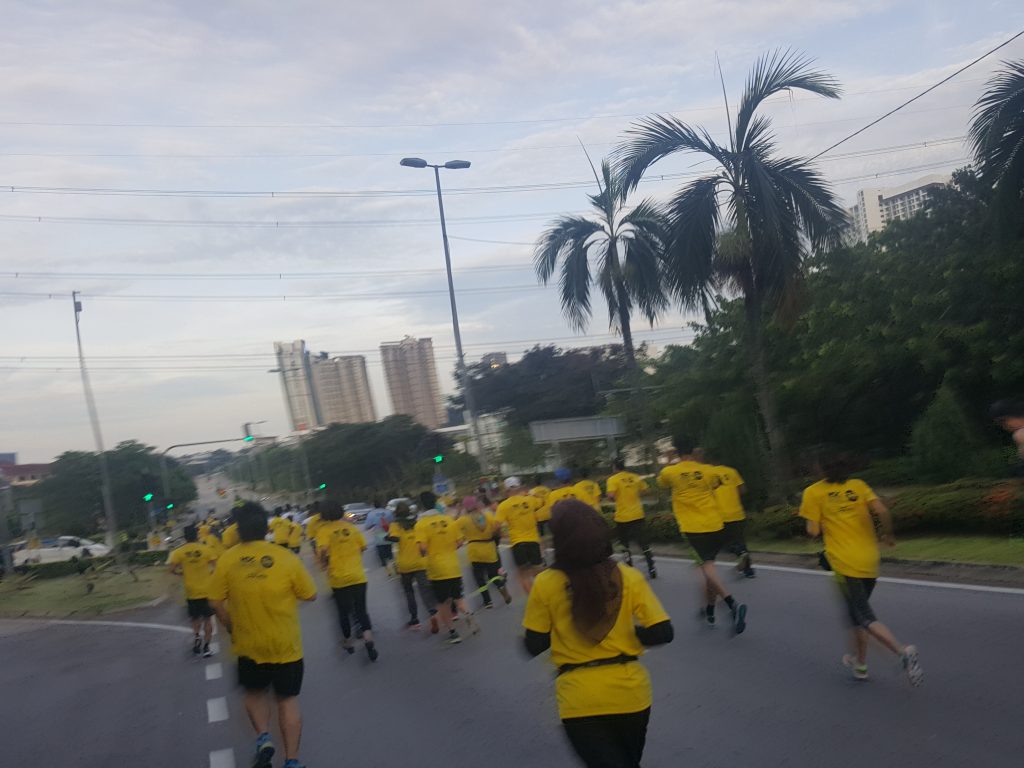 On the 31th August – Malaysia’s Merdeka (Independence) Day, Malaysia won 145 gold medal at the SEA Games 2017. I promised to run 145km, that being 1km for every gold medal won by the Malaysian team. I was happy that I have ran 111km since the SEA Games KL 2017 (19 August), leaving 34km more to go to complete my pledge. 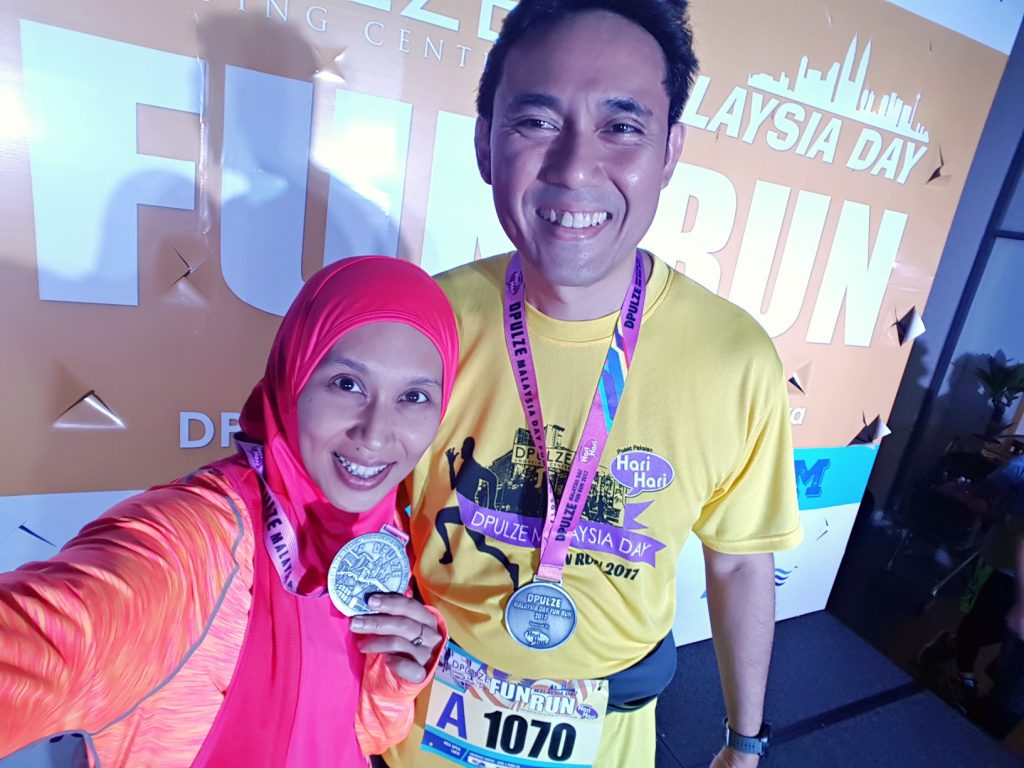 Till we race again next weekend, again in Cyberjaya.