The Chicago Marathon was my second Abbott World Marathon Majors after my first in Berlin last year. Chicago is known as the windy city and indeed it was windy and cold on the race day – 13 October. Coming from a country that is hot and humid throughout the year, running in Chicago in fall certainly gave a whole new sweet experience. 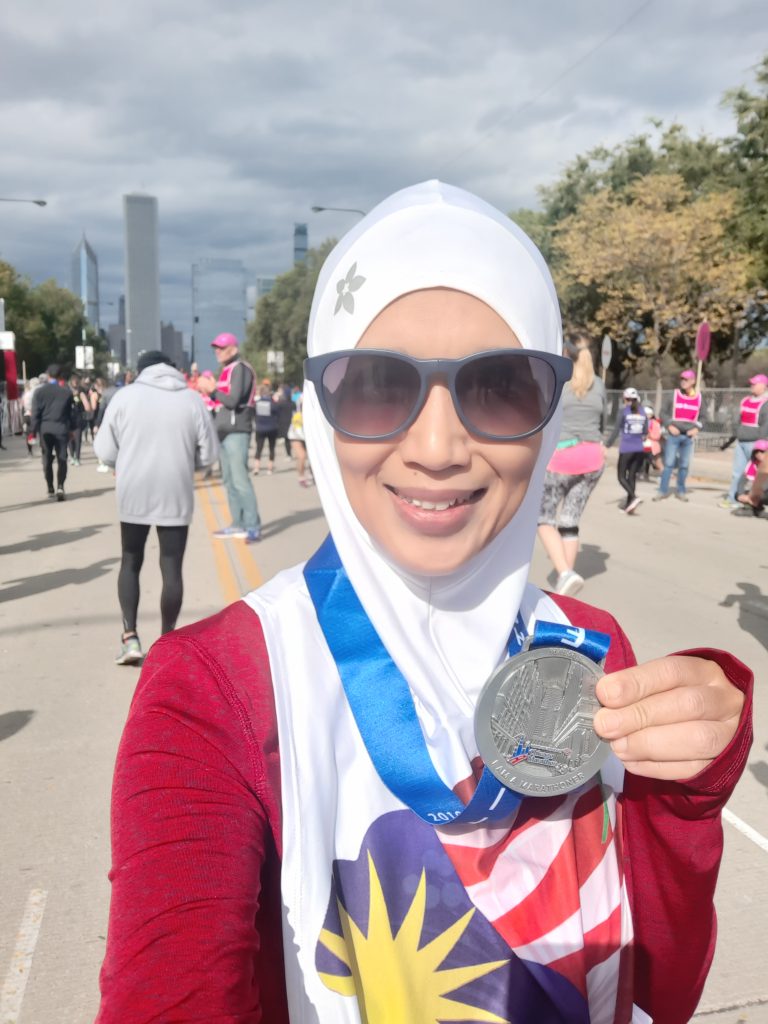 I arrived Chicago, 3 days before the race. It gave me an ample time to acclimatize to the weather and time difference. 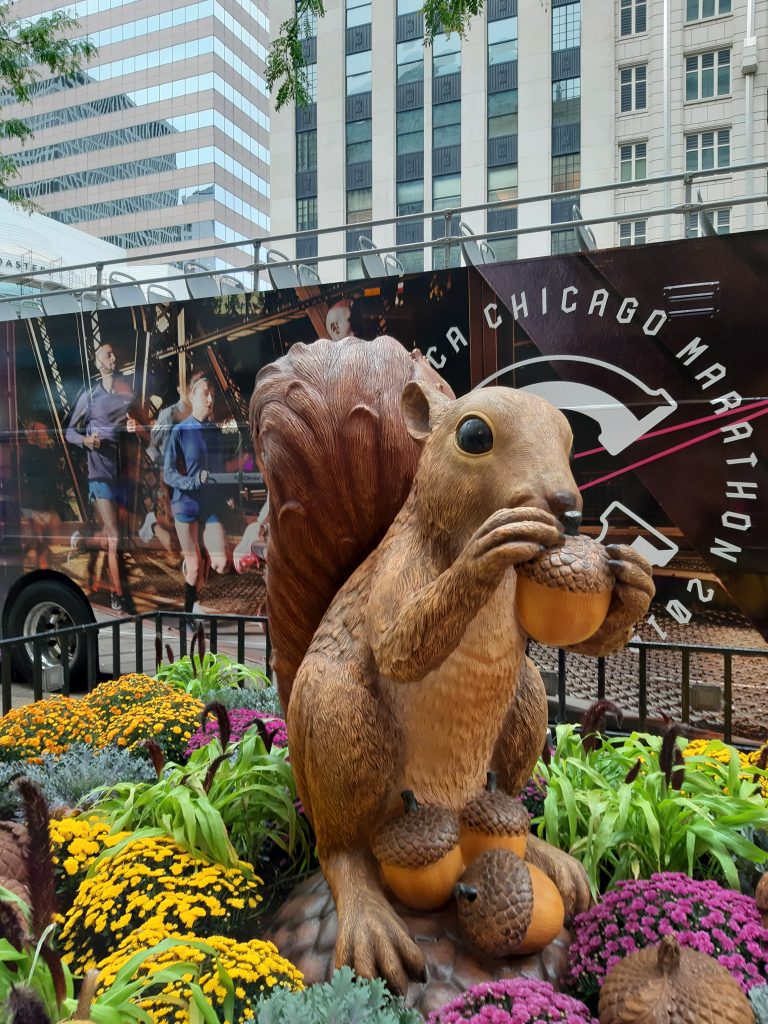 Festive decoration and the  sponsor bus in front of Nike Store.

2 Days Before the Race (1st Day of the Expo)

It was a cold and wet throughout the day and I went out for a 5 km run along the Riverwalk with a group at 6:45am and got back just in time to go to the Expo.

The Expo was where you pick up your bib and other items required for the run. The organiser arranged shuttles from several places to the Expo and I took the shuttle from a hotel closeby to the expo.  It was a rainy day and our group headed out early at 8:15 am and waited for 45 minutes. The queue got longer and longer and the runners were delighted to see two yellow buses arrive to pick us up. 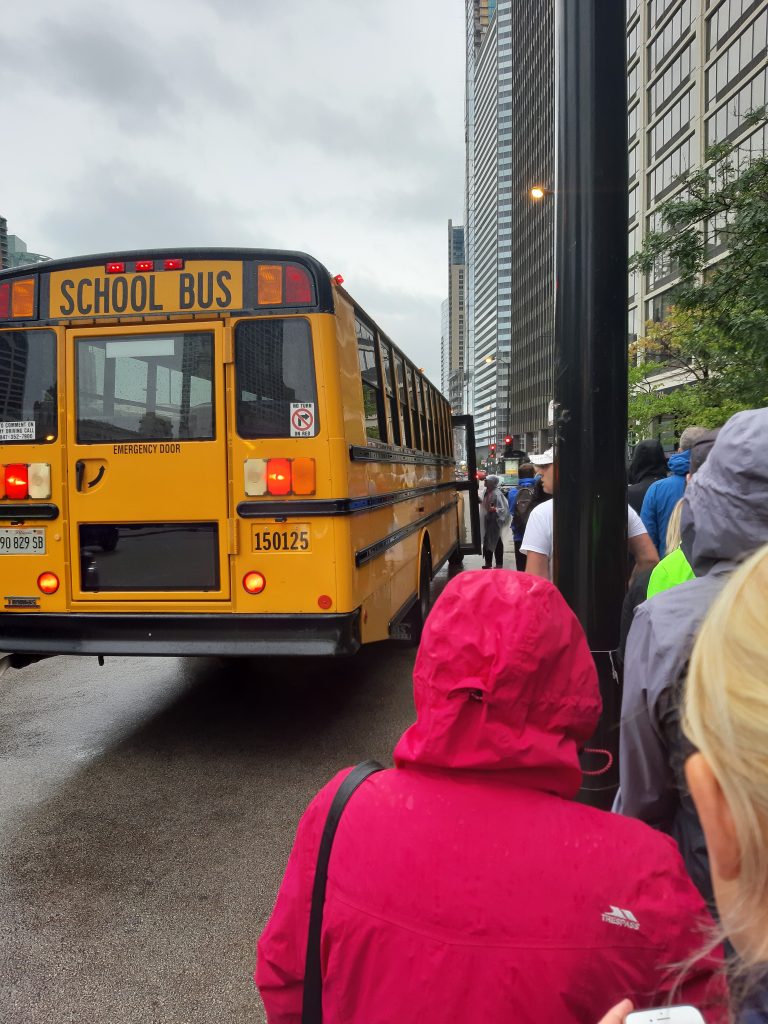 The school bus that took us to the Expo 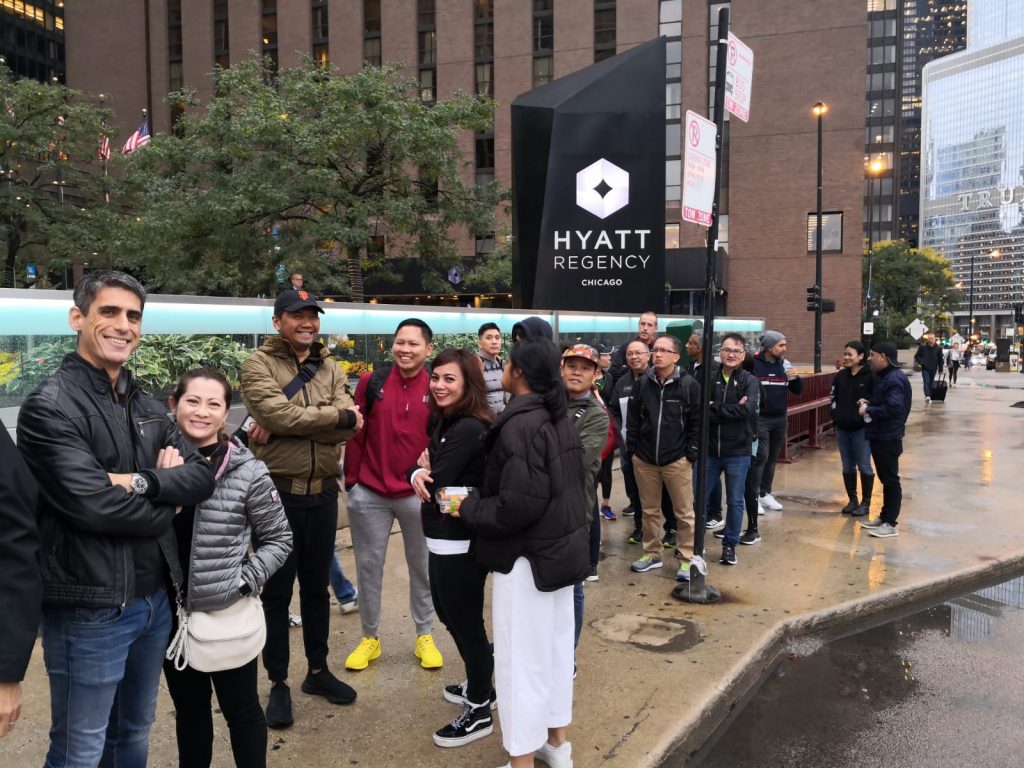 The long queue for the shuttle. Photo credit : David Tay 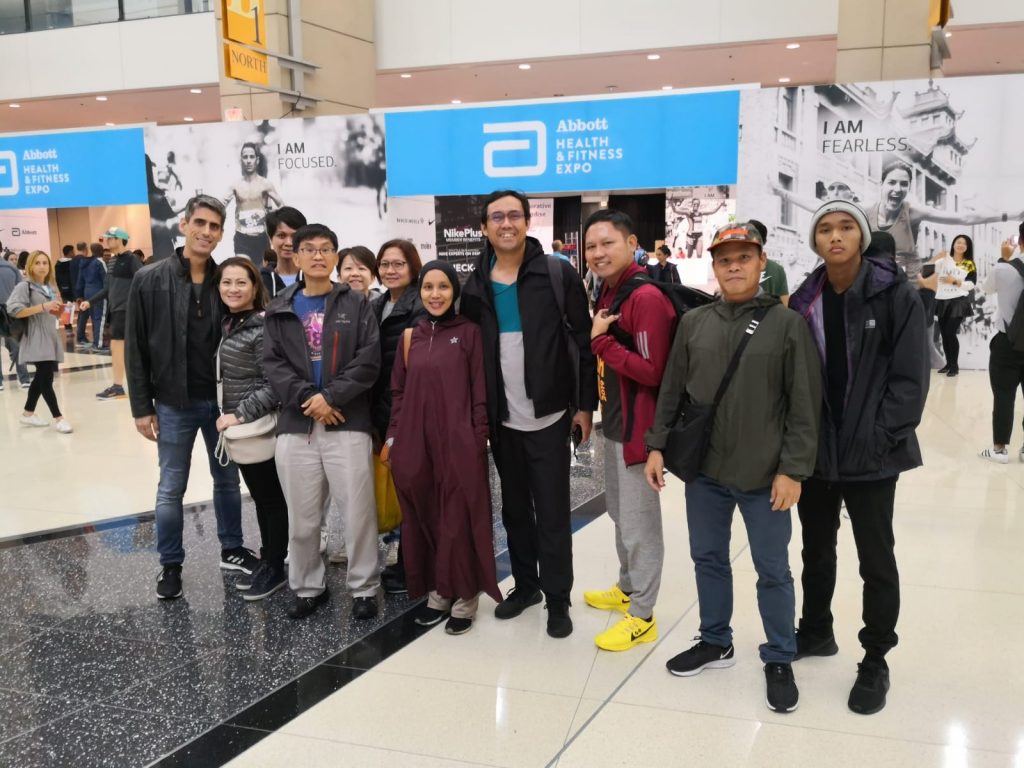 There was no wait there-on – as the expo was well organised. I picked up my bib that was packed in an A4 size envelope and then to the race tee area to pick up event bag and the race shirt. It took me less than 10 minutes to get them and I spent the rest of my time at the expo checking out the booths. The main sponsors booth drew a lot of attention with the Bank of America giving out blue cow bells for cheering and cards for supporters to write on and Nike booth floor pumped up with loud music and flooded with runners and supporters shopping.  I particularly liked the merchandises at the  Under Armour booth because of their design and price. I took the opportunity to try out the On shoes. My feet felt good in them, but the size didn not suit my Asian feet. The grip on my ankle was a bit too loose. I took the bus back to hotel and arrived before noon. 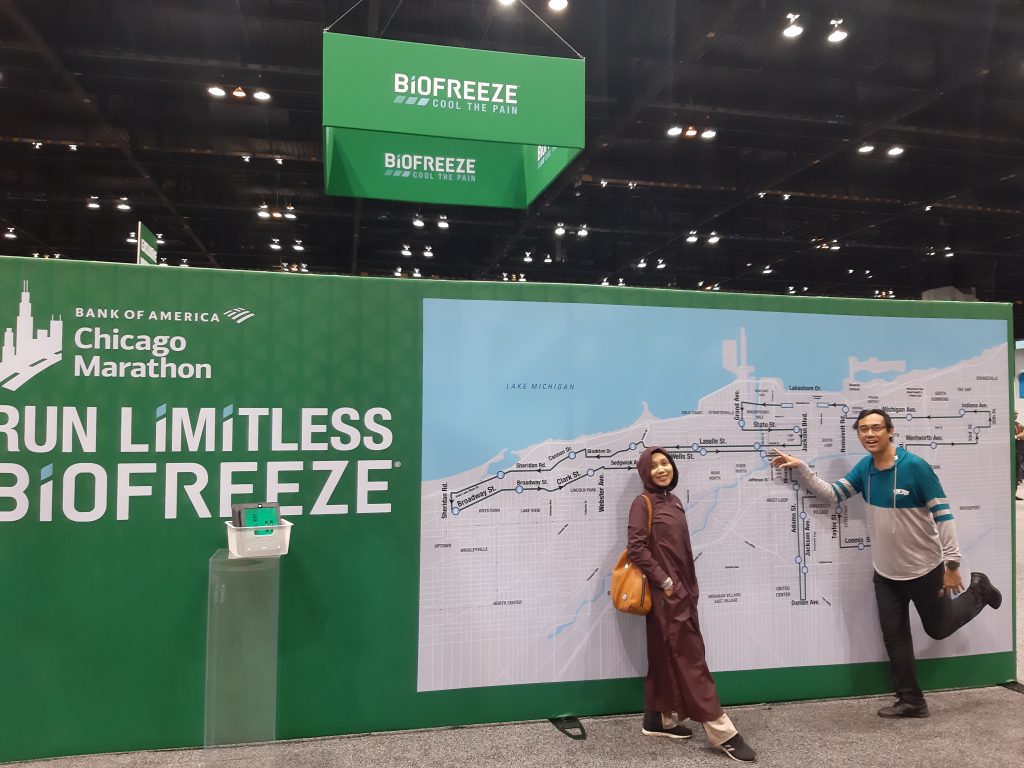 One of the main Sponsors 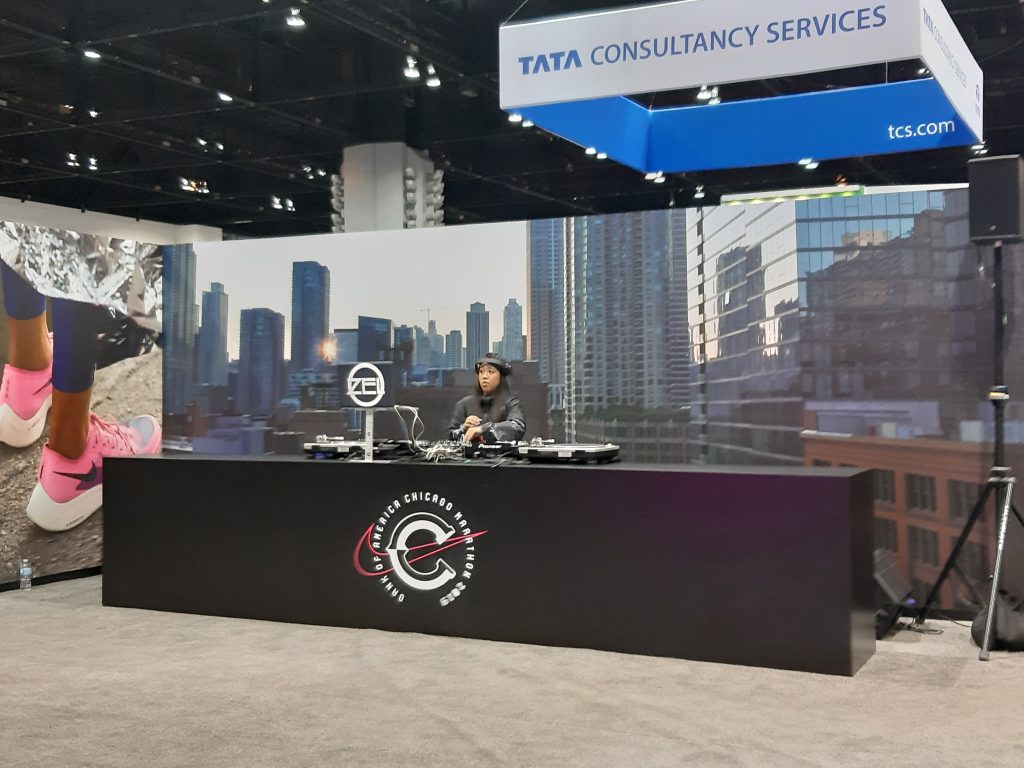 The DJ  keeping the Nike booth pumped up! 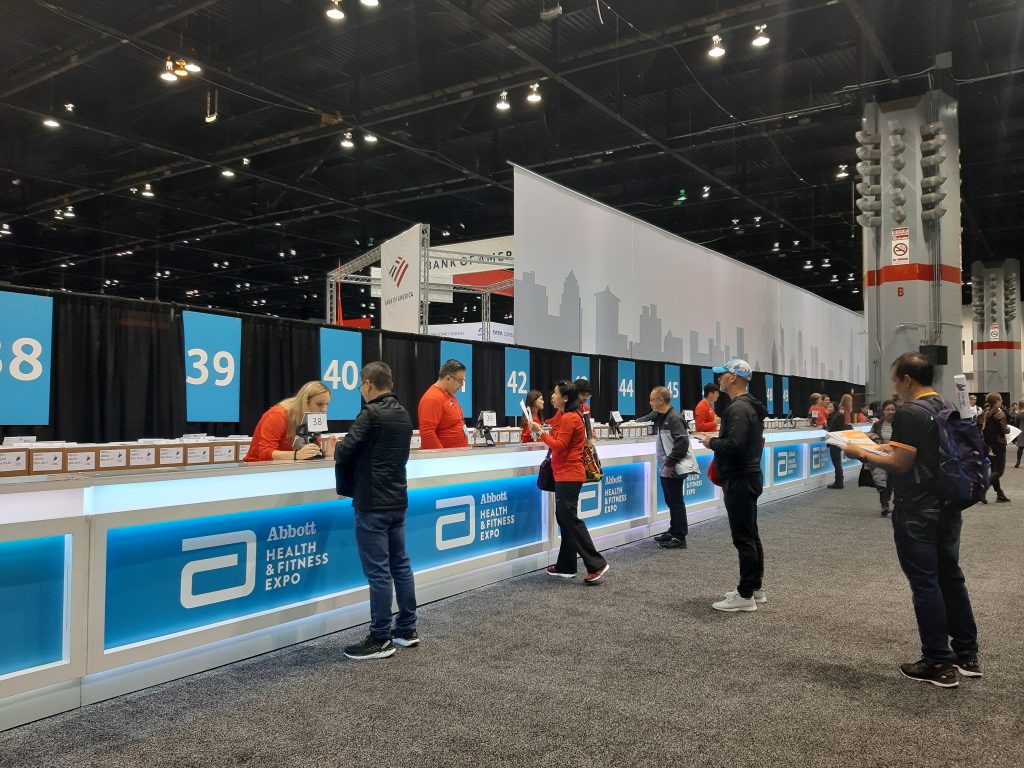 Practically no wait to get the bib 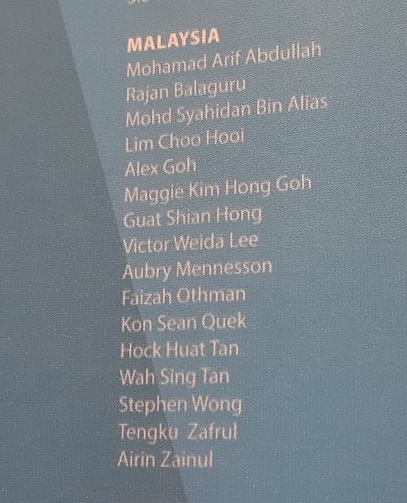 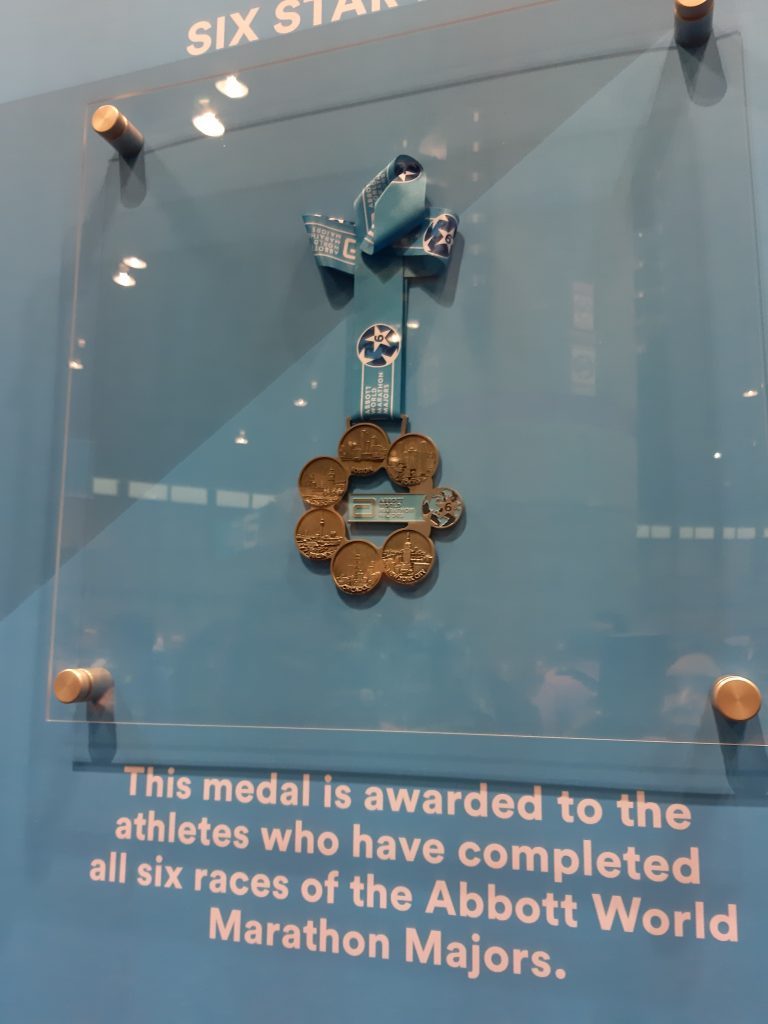 The prize for finishing all 6

The weather forecast for race day was good, sunny but windy and cold at 2 degrees. The weather was cold and wet when I was in Chicago and I was not accustomed to running in thick clothing and gloves. So, that morning, I went out for another short run with the gloves and other clothing on. Indeed, layering was the only way to survive a run at the windy city. Running by the water in Chicago was different from running by the water in Malaysia. It was super chilly and cold running by the emerald green river, and it got warmer as I ran by Du Sable Harbour of Lake Michigan, then towards the city through the Millennium Park. 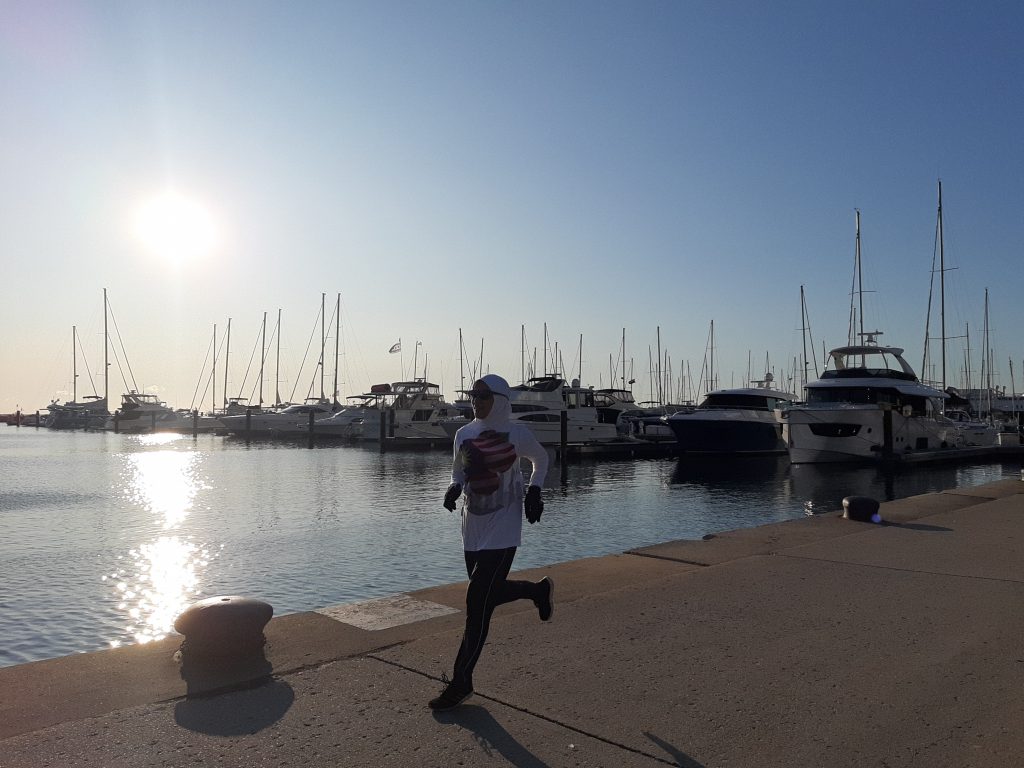 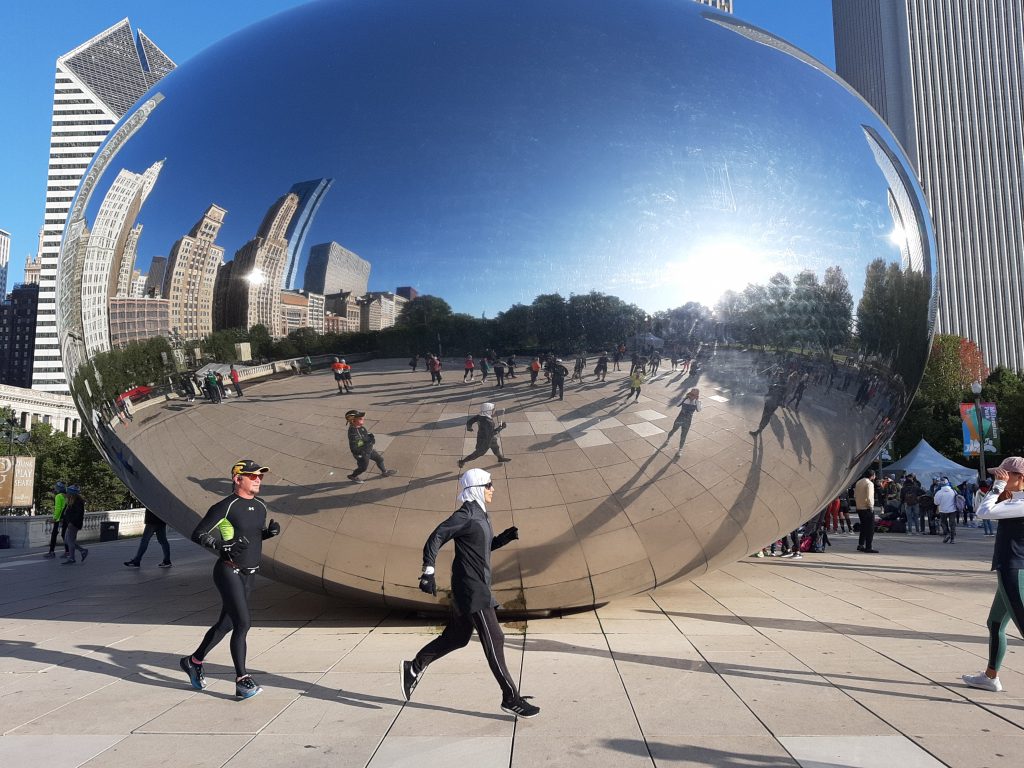 The famous Cloud Gate of Chicago, also known as the Bean 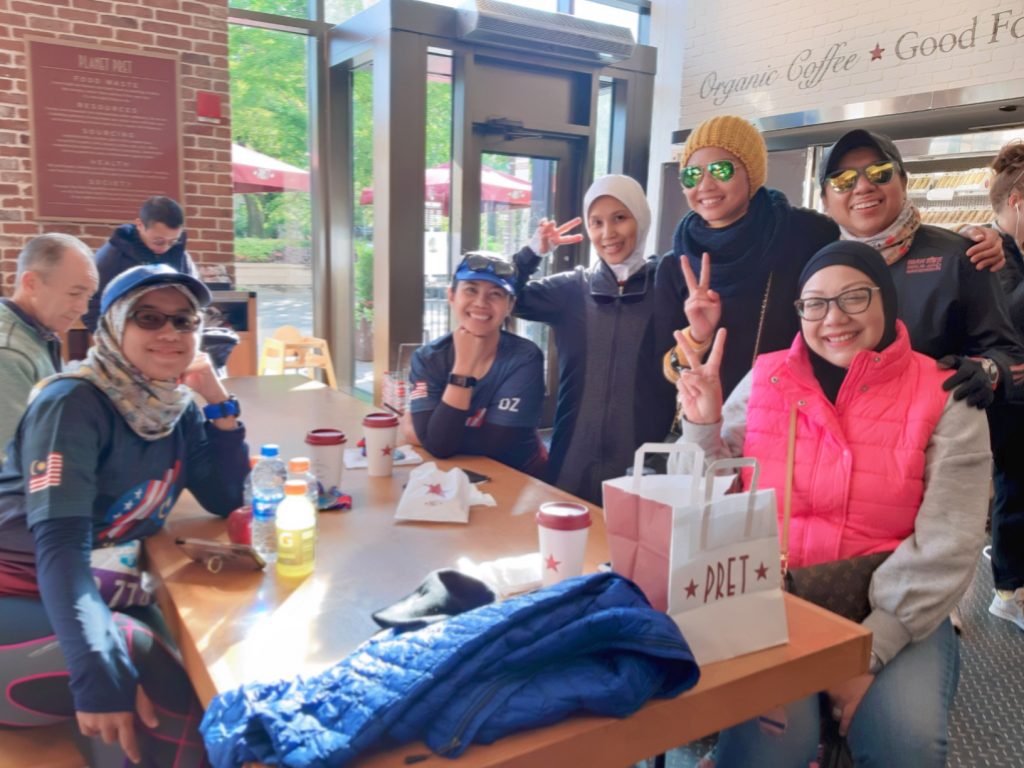 There was a 5 km friendship run in the morning that I missed. It required upfront registration and I completely forgot about it. While I was running at the race area, I saw hundreds of runners in Chicago-themed beanies and medals around their neck walking back to the city. Try not to miss the friendship run that usually happens a day before the race.

Those who arrive the city late would go to the expo to pick up race items.

The organiser released runners at 7:30 am in 3 waves starting with the elite runners. Every runner received designated gate and wave numbers and the last wave started running at 8:45 am. There were more 45,000 runners braving through the morning cold. Runners had to be there earlier and stand within designated area – cold. Some had blankets over, bath robes, raincoats, makeshift garbage bags and sweaters, and some, under-dressed shivering in the crowd. 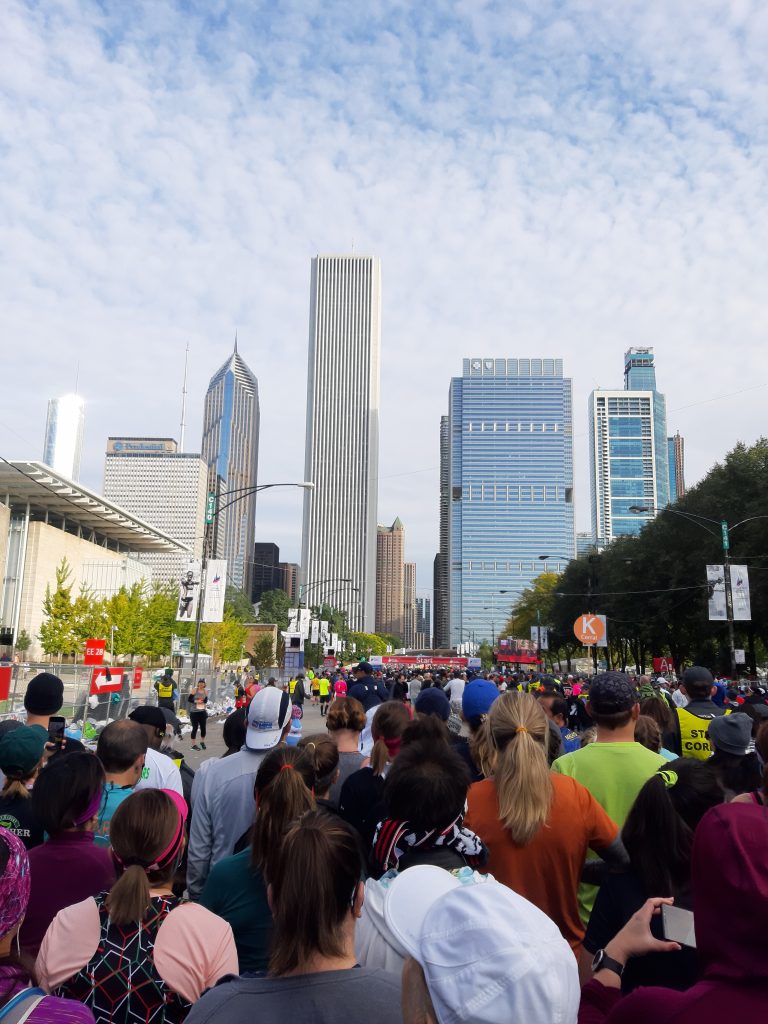 A wait to the start line

Many runners let go the outer layers as they reach the start line. Do bring outer layers you wish to let go when you race in cold weather. Many left them by the roadsides as they warmed up.  I didn’t. I had my gloves and outer layer on throughout the marathon. I tried taking them off, but I couldn’t stand the wind. Despite sunny and the clear blue skies, the temperature on that day ranged from 2 – 6 degrees. 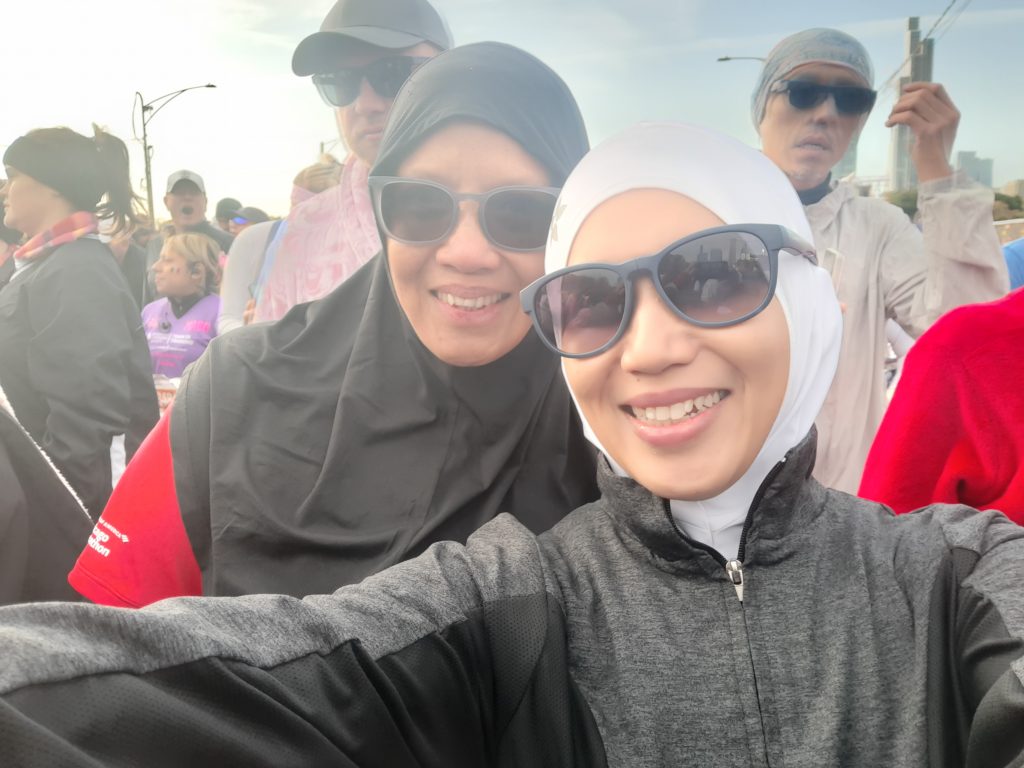 With Suzana, from Indonesia 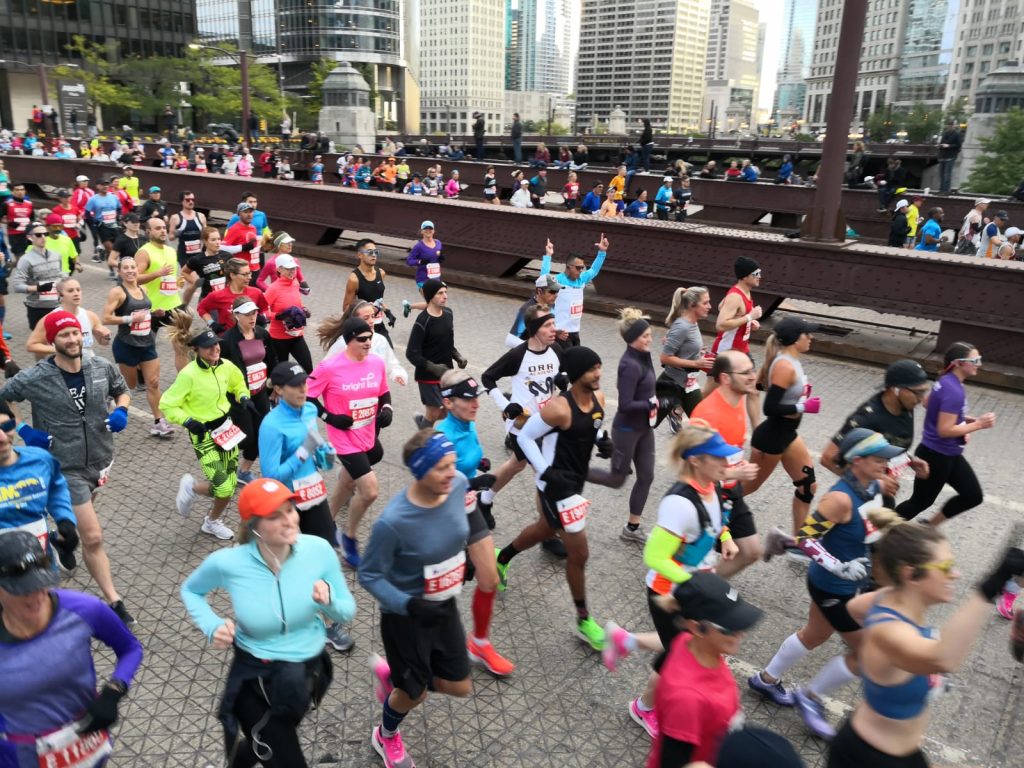 All in all, the run was well organised. I enjoyed the crowd cheering throughout the 42 km route. Many families, children, students and volunteers stood along the way to support runners. I particularly love seeing kids putting their hands out for high-fives. I did not miss returning a five! Unlike the Berlin Marathon, the bib at the Chicago Marathon does not display your name, so you don’t get supporters calling out your name. I find it quite motivating when someone call out your name for encouragement. 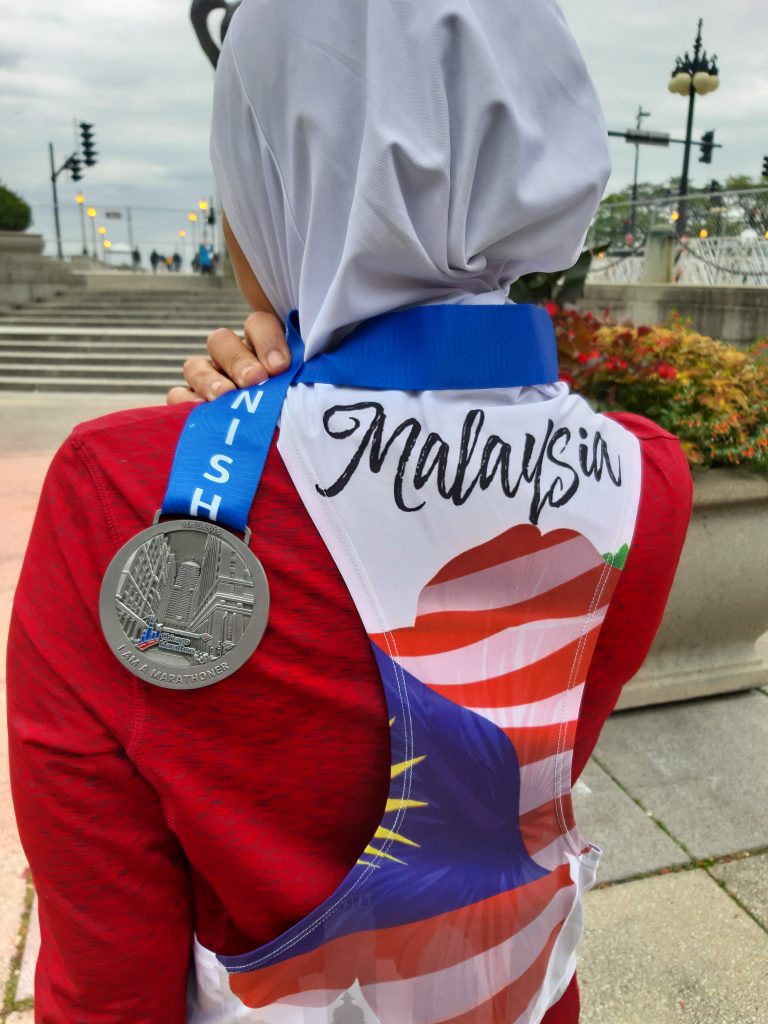 I couldn’t feel my toes when I reached the finish line. My thighs were sore and tight. I was in bearable pain. To my surprise, I recovered fast from the soreness and tightness. It could be the cold weather. I walked and run as usual a day after the race, alhamdulillah. 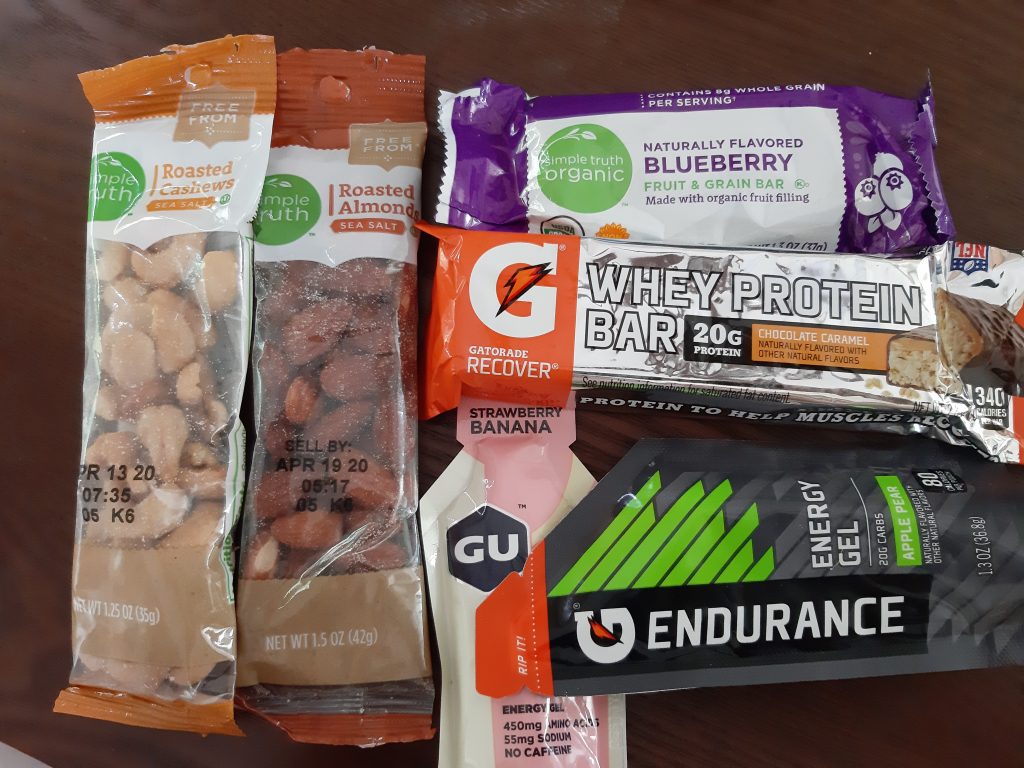 Goodies after the run 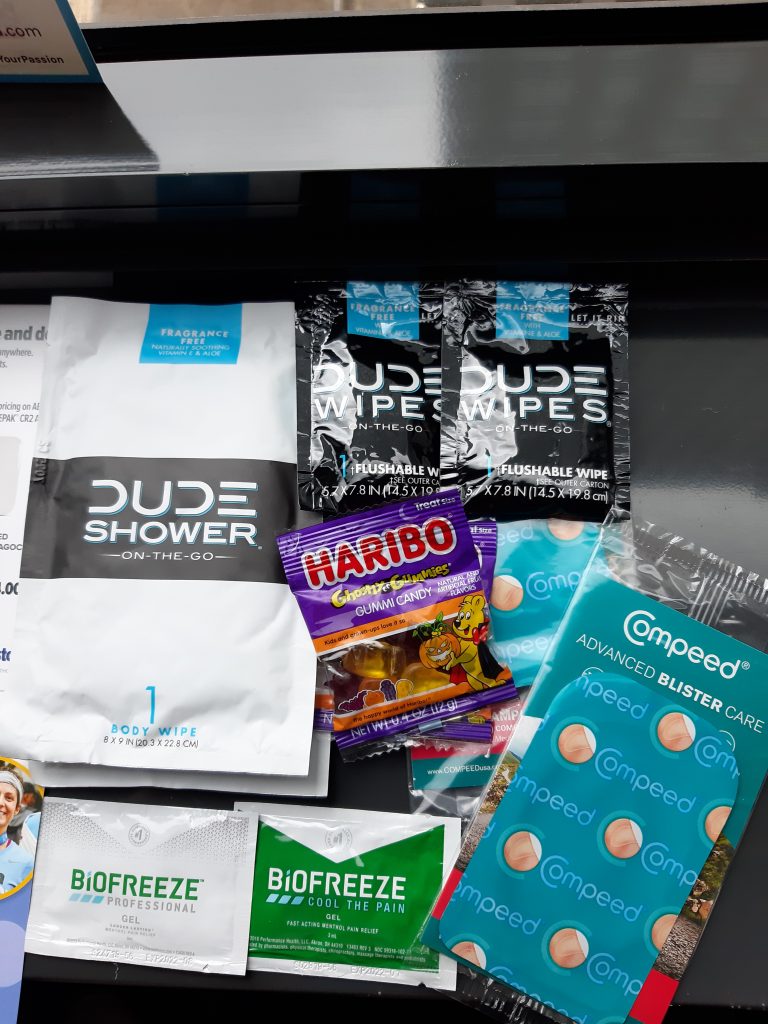 Goodies at the Expo

I did a 5 km recovery run under 7 bridges along the Riverwalk the day after.  It was Columbus Day and there were parades and celebration on the streets. So much festivity after the race. 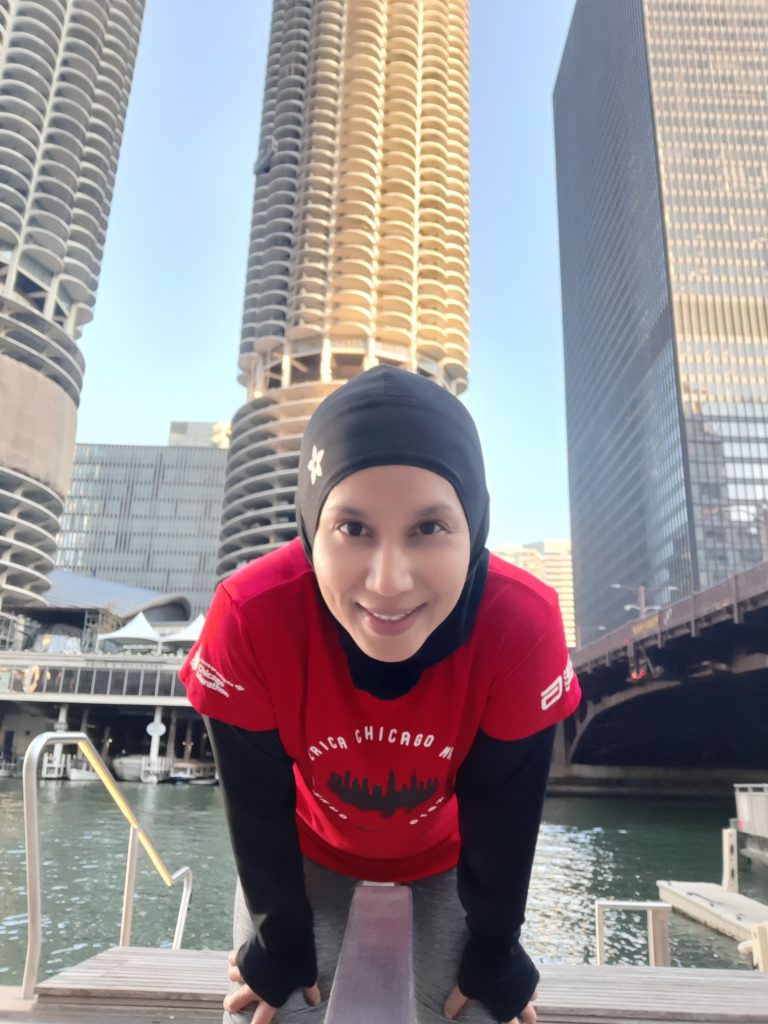 A run by the Riverwalk Chicago 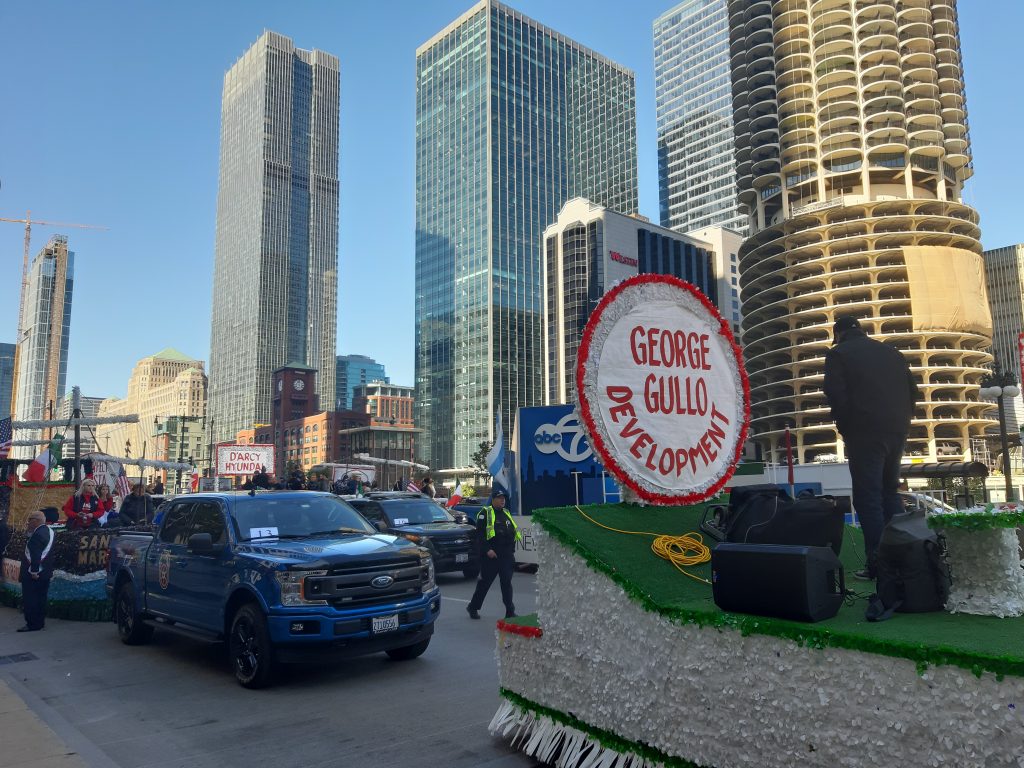 Columbus Day Parade a day after the race

I was told you could engrave the finisher medal at the Nike Store. So, I got mine engraved after a long wait. It was totally worth it. It was nice to walk along the Michigan Avenue to see runners wearing their medals around their neck a day after the run with much pride.

Every runner did because the medal was the ticket to get free engrave, free event sublimation on apparel at the Under Armour store and many more. So, don’t get onto the plane home too fast after the run, because you can enjoy many perks as a finisher of the Chicago Marathon! 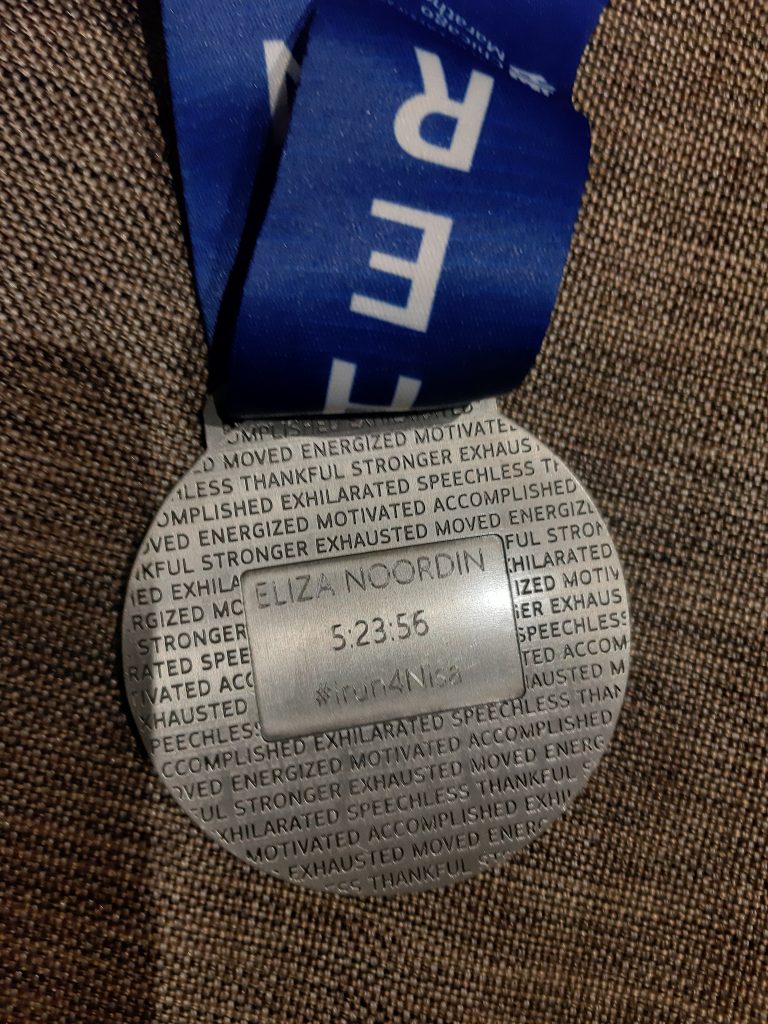 Engraved Medal – A service provided by Nike Store in Chicago

The gorgeous view of the city and emerald river of Chicago when you run by the Riverwalk is priceless. I spent three days running in the cold along the Riverwalk and don’t mind doing it again. 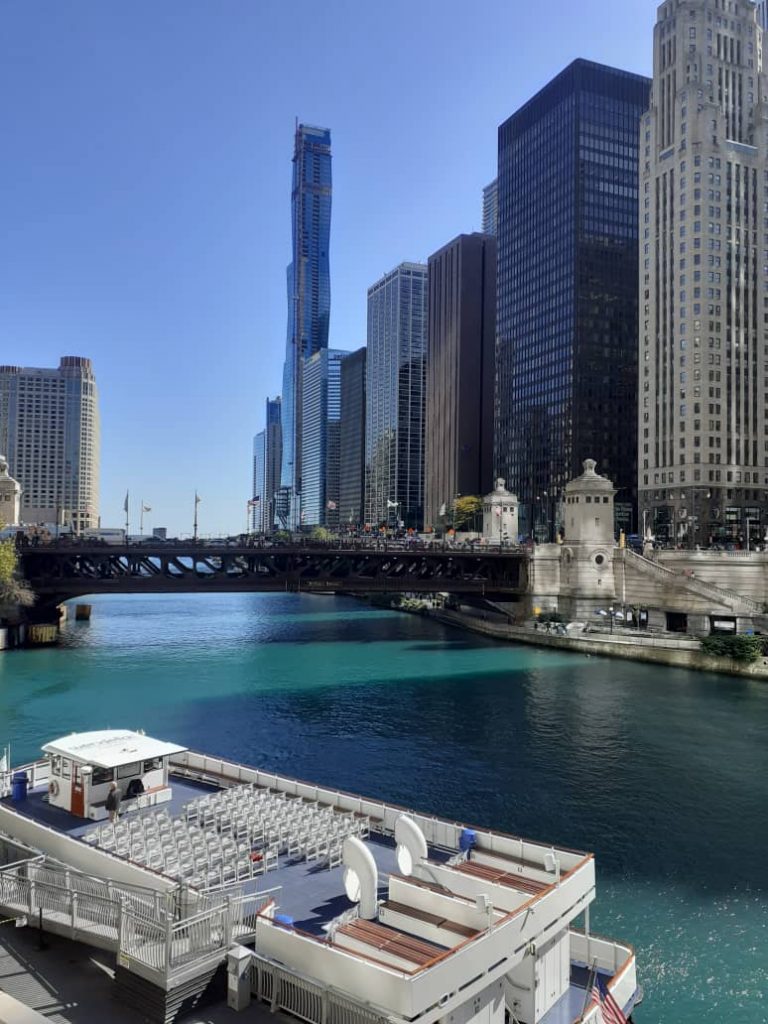 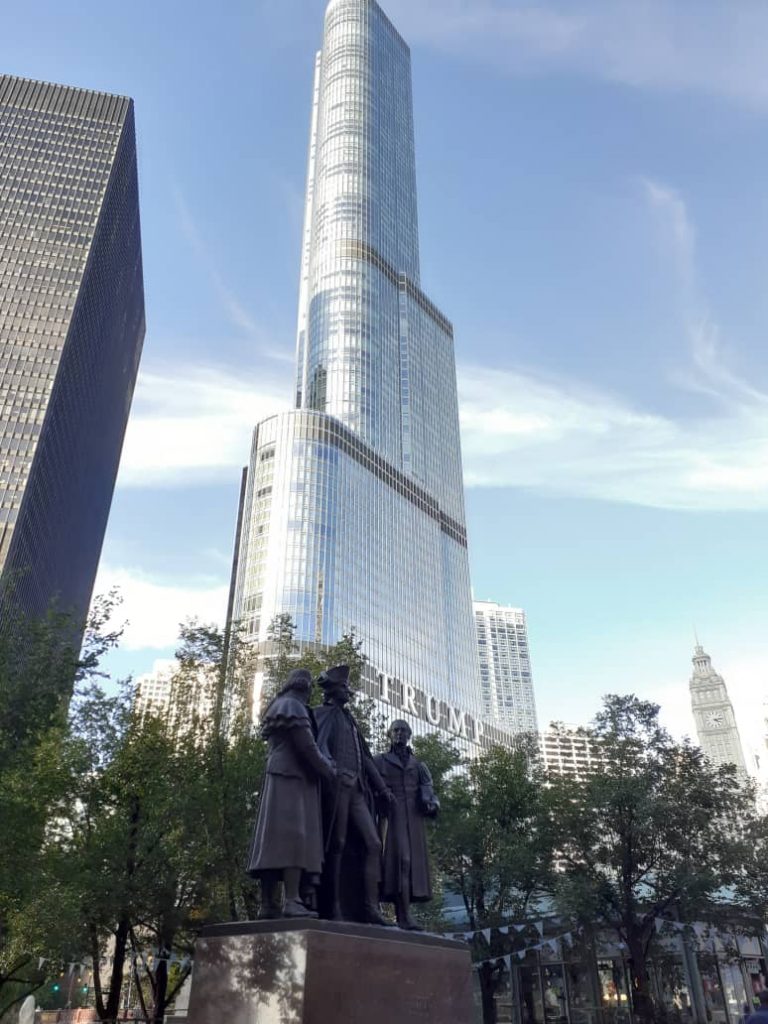