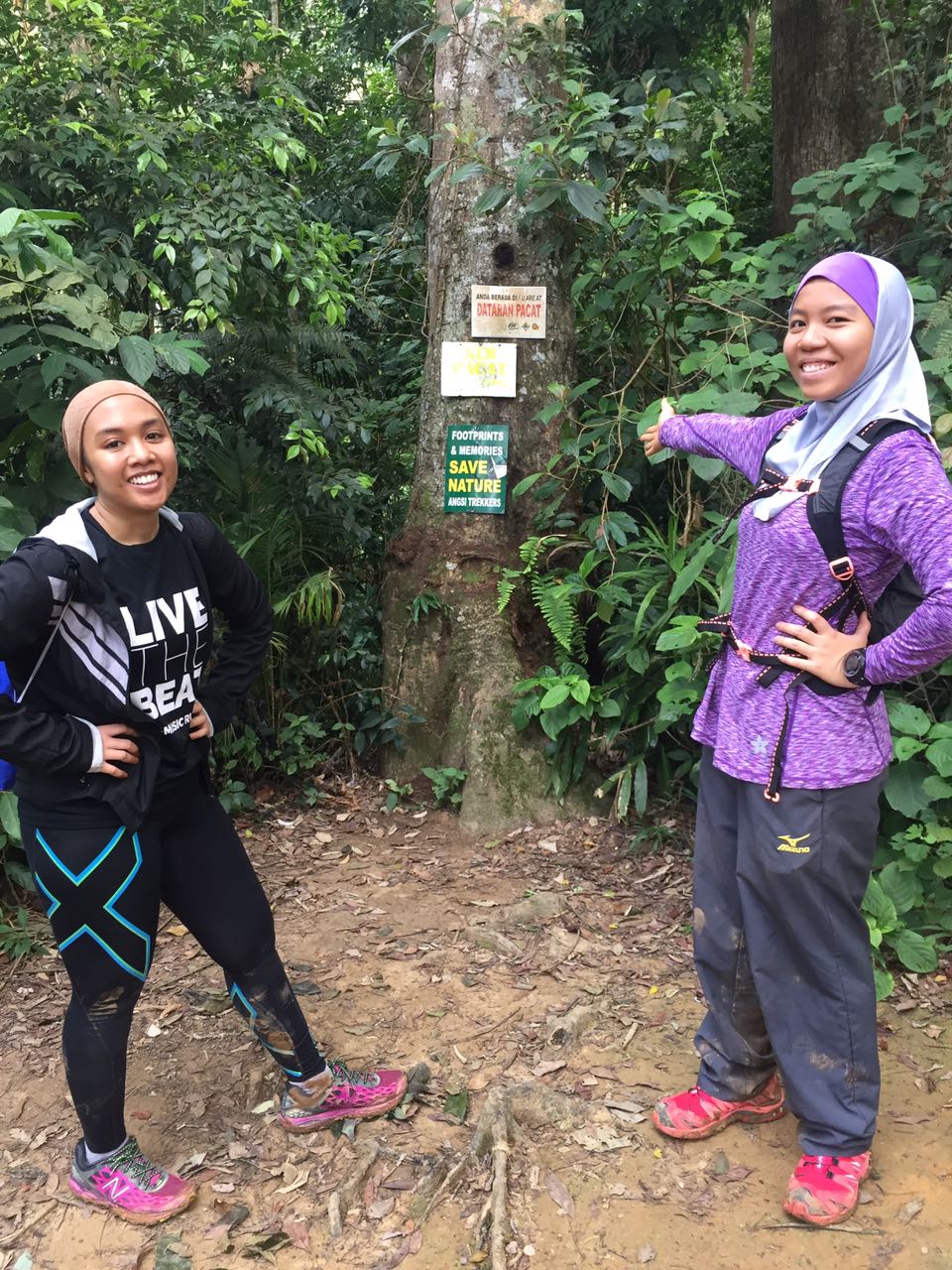 My partner had no idea what she got herself into when she agreed to go on a hike with me!

People hike for various reasons. Some love breathing in the fresh air, some enjoy the meditative feeling of being close to nature, or some are addicted to the thrill and exhilaration of a strenuous sport. I, on the other hand, learnt how to embrace elevation.

Hate it or love it, hills and slopes are a part of any run regardless of the distance. A few hundred metres of elevation adds challenge and fun to a run, however, a few thousand metres that I will encounter in my next ultramarathon is a different league of its own.

Running in loops at the base of Gunung Nuang, that I affectionately call as Nuang loops (from the entrance up to the first checkpoint before Camp Lolo) is my favourite spot for trail runs because of its elevation and long stretch of uphills and downhills. Since this is the last week of training before Cameron Ultra, I decided to go all the way to the peak, giving myself 2 weeks to recover if anything goes wrong. At 1493 metres, it is the highest peak in Selangor, providing the perfect spot for some last minute elevation training. 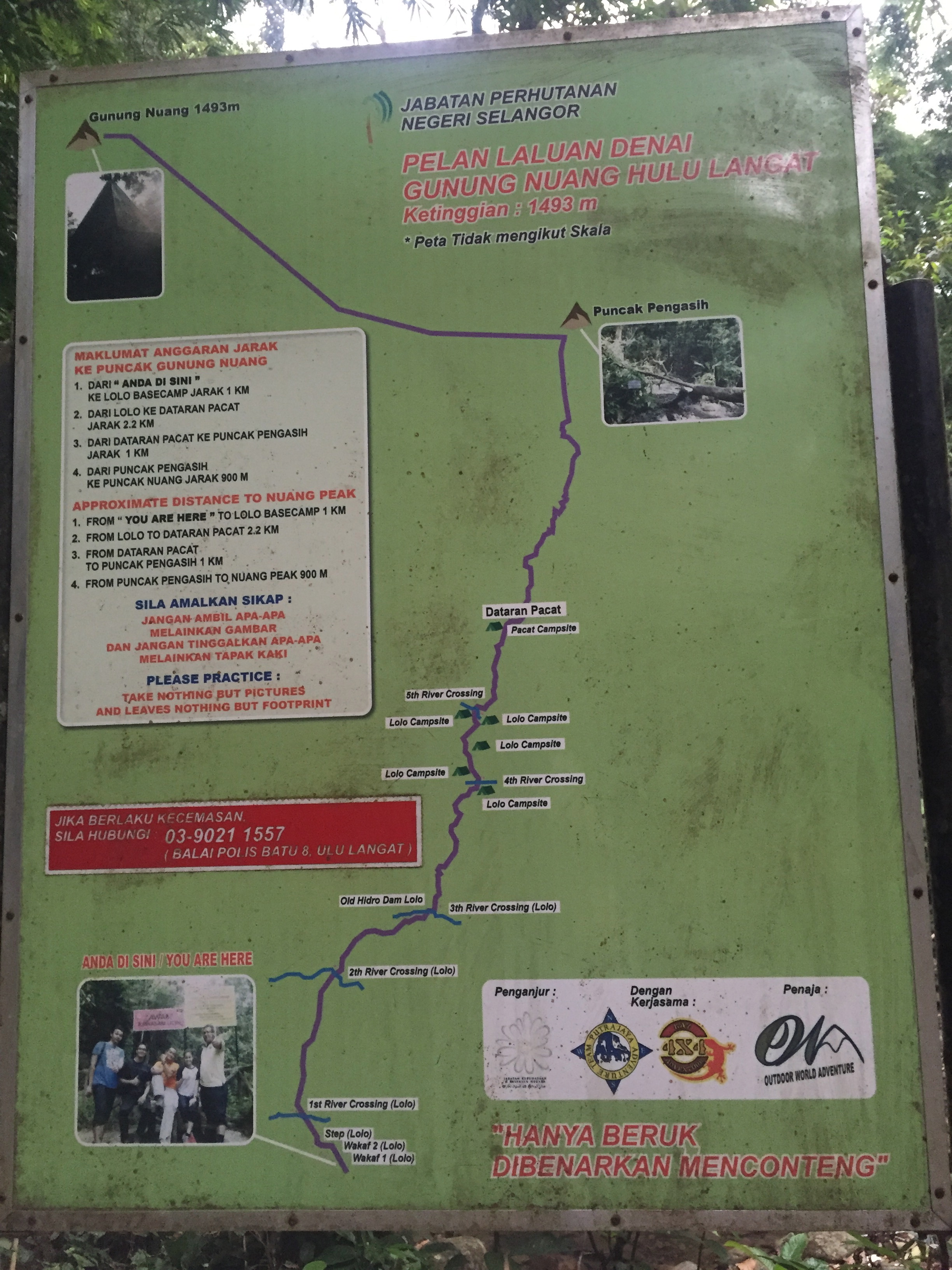 What we plan to accomplish for that day.

We hiked up at about 7am and reached the peak of Gunung Nuang at about 12.45pm. Overall, it took us about 10 hours of hiking from Pangsun entrance – Peak – Pangsun entrance. While still in Nuang loops area, I proceeded to run-walk to the first checkpoint, Camp Lolo, because it is the easiest part of the hike. The real ‘fun’ begins after Camp Lolo. The distance between each checkpoints are reducing, but the route was getting more challenging. From the starting point to the peak, it was around 10-12km. It was definitely not a hike for beginners. Not to mention that it was drizzling too, so the ground was muddy and slippery. Personally, I found the hardest portion of the journey was between Camp Pacat and Puncak Pengasih. There was a lot of natural obstacles such as big rocks and fallen tree trunks that required using all 4 of my limbs. It was also very steep, so I had to use a lot of my quads to push myself up (strength training was slowly paying off!). 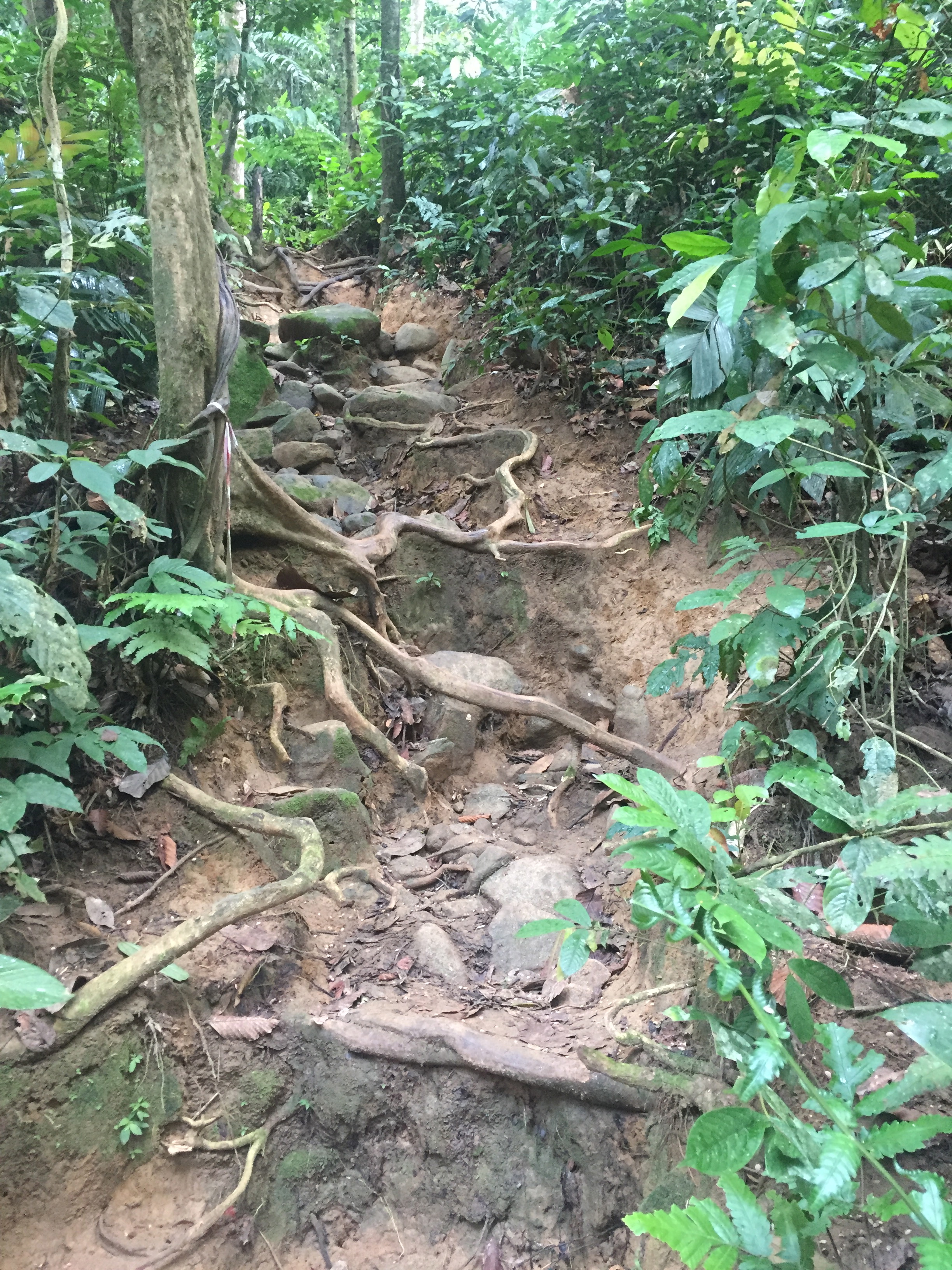 This was just the beginning

The second hardest portion for me was going down. I confess that I am scared of heights, so the sight of a really big gap forced me to get down on my bum and slowly slide down until I trust my footing. However, once I gained the rhythm and technique, I jumped and ran down at every opportunity possible. I was also rushing to get back to Camp Lolo for Zohor prayers. It resulted in a few miscalculated landings, but hey, what is hiking without a few bruises and cuts. 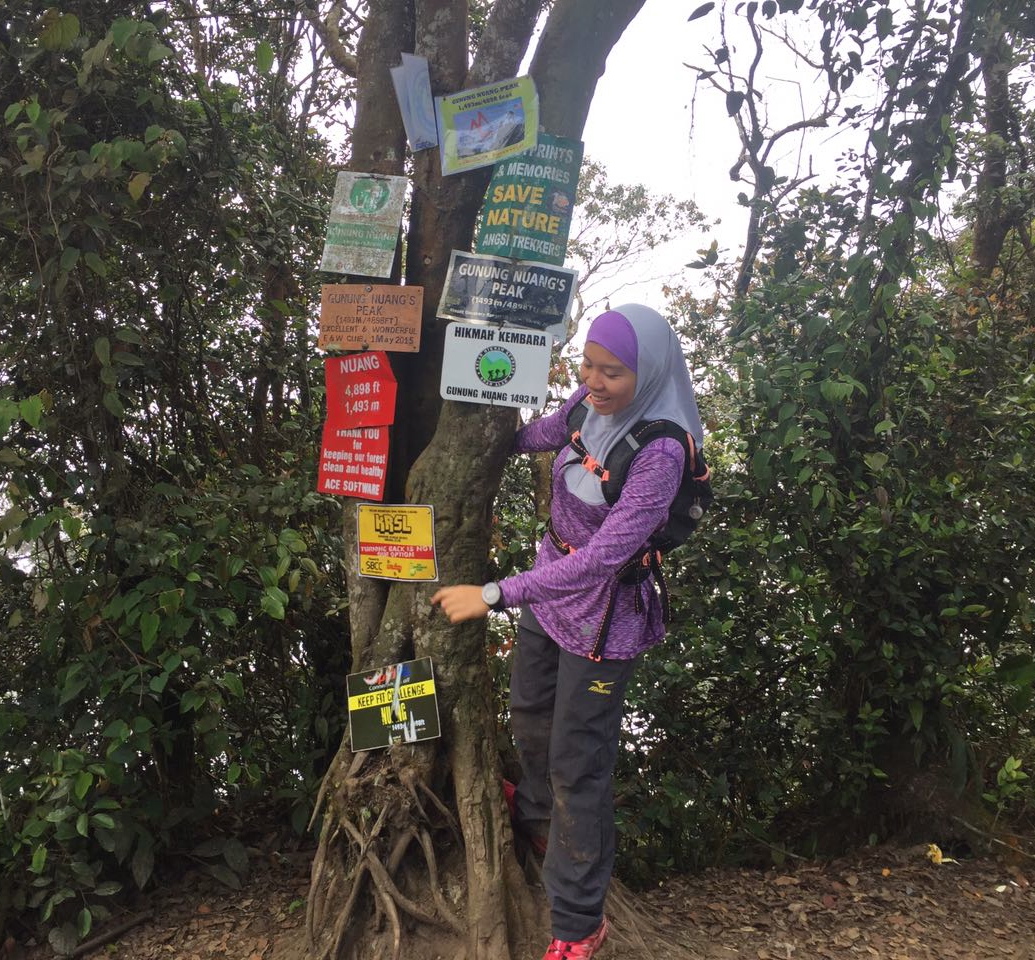 What goes up, must come down. The question is now HOW do I get down??? 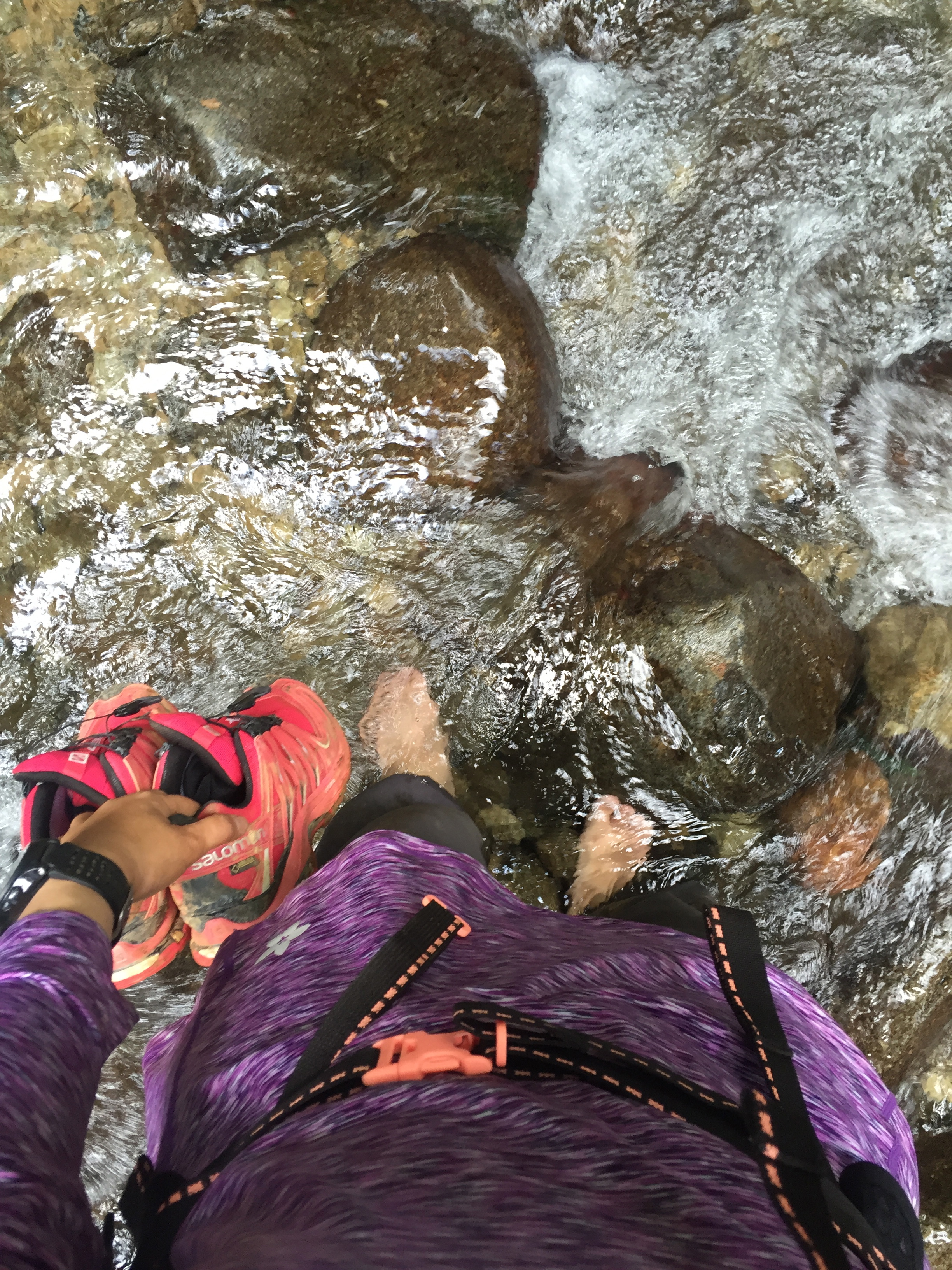 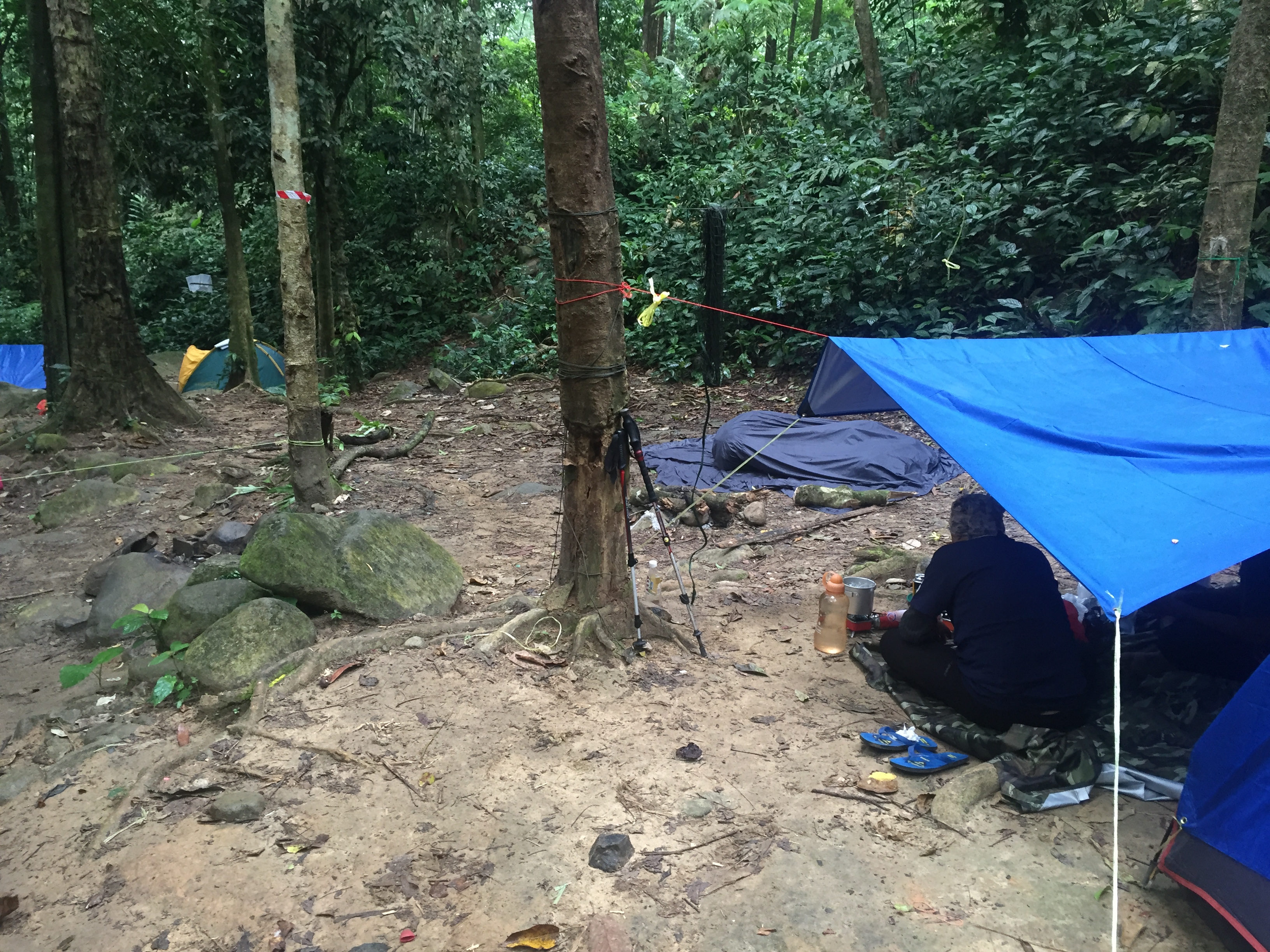 Resting and zohor prayers at Camp Lolo before we head back to the starting point. There is a waterfall and stream, perfect for washing up and ablutions. Previous campers also left tarps and kiblat indicators.

Now I understand why hikers like to subject themselves to the ‘pain’ – there is an indescribable sense of accomplishment once you complete the trek, and it’s a addictive. While nursing your legs in pain, you find yourself wondering which mountain or hill to scale in the nearest time. You just want to go on and on. Runners, does that sound familiar? 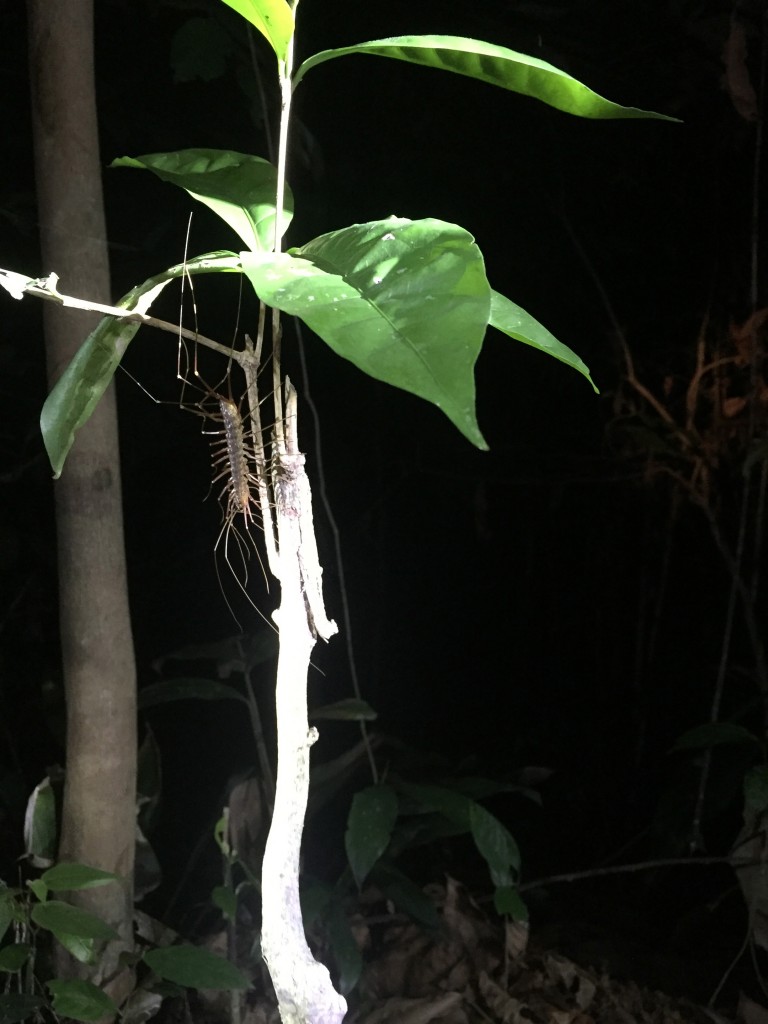 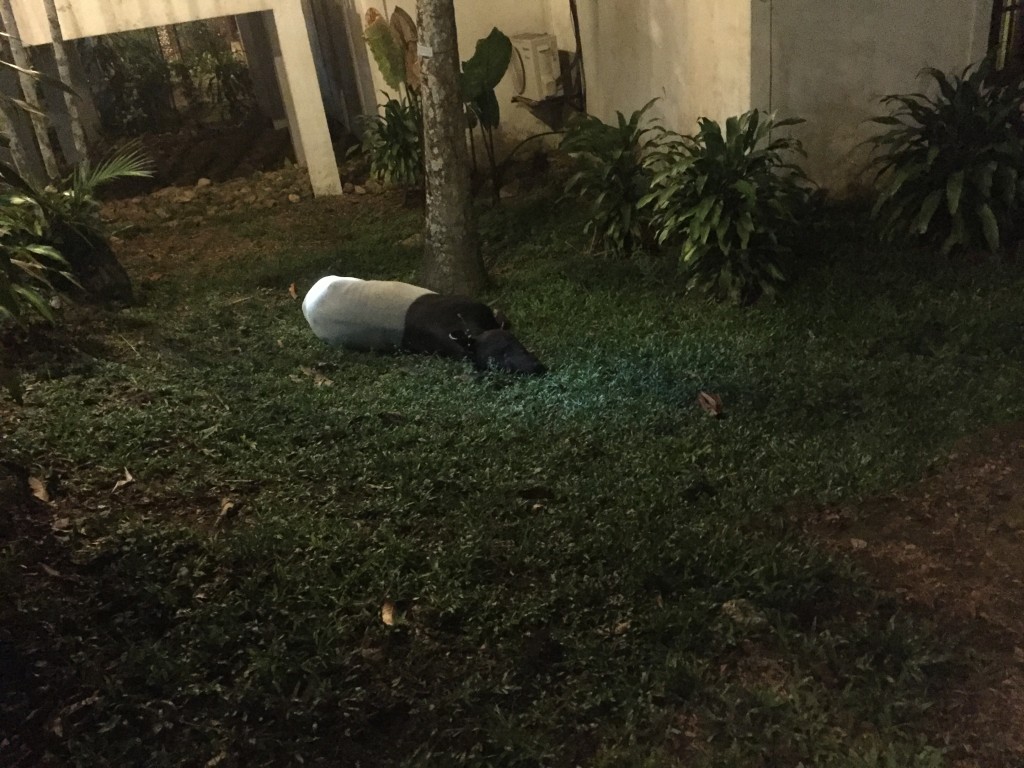 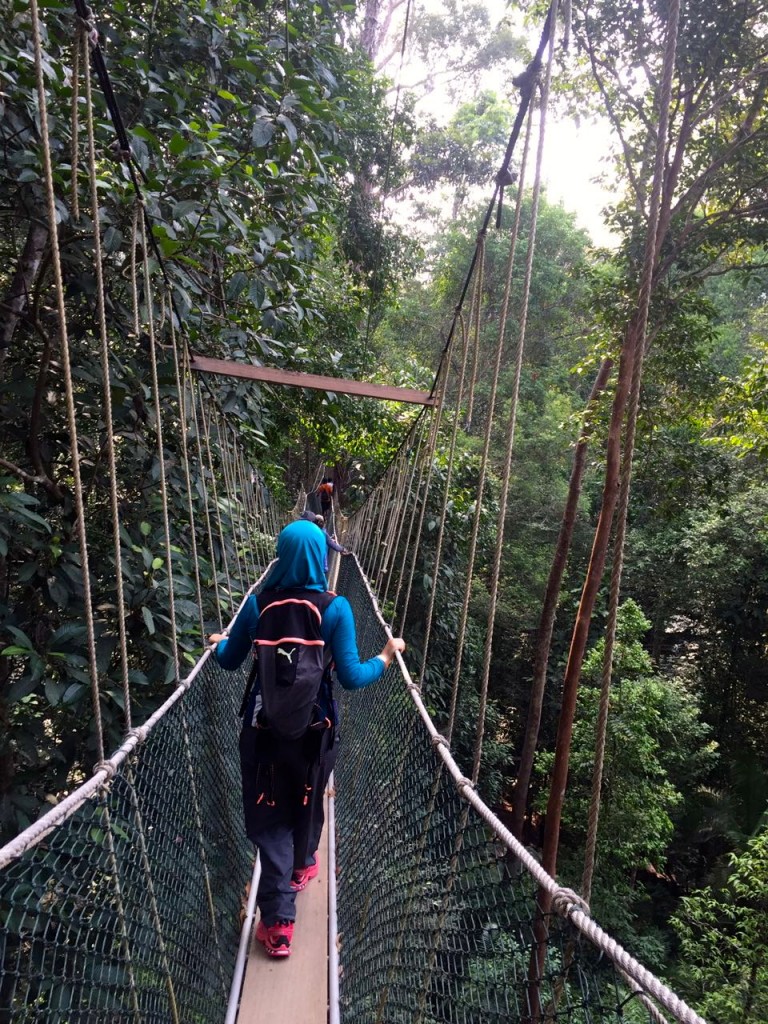 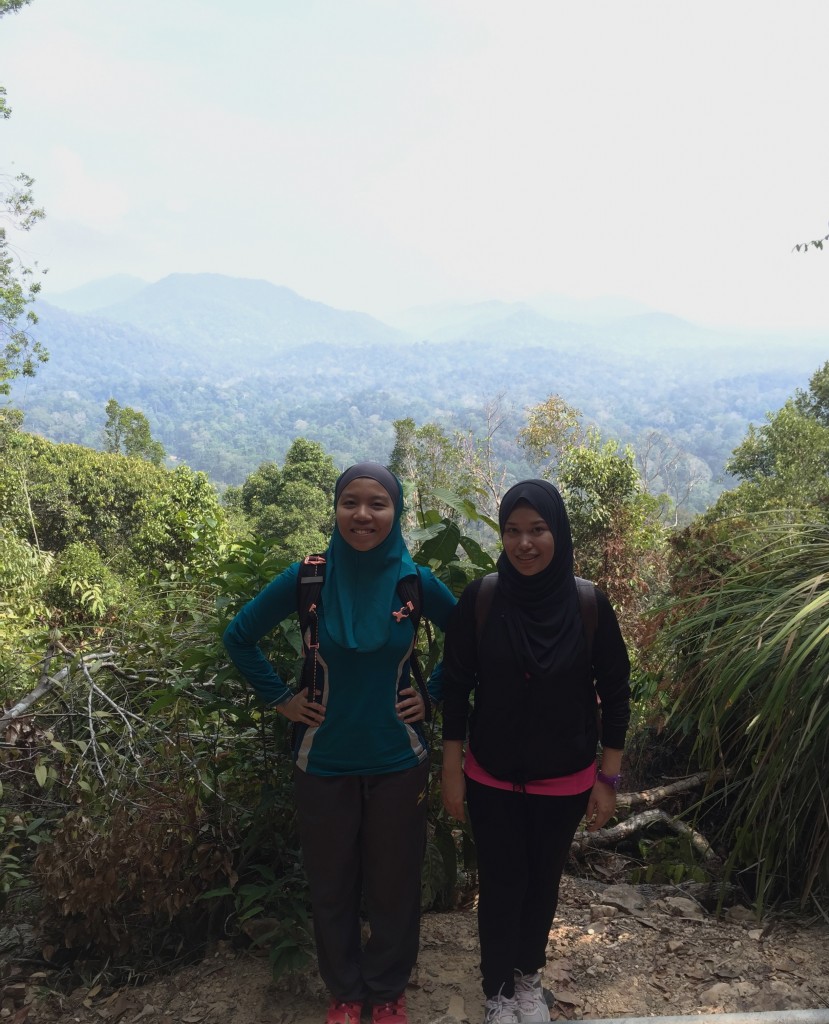 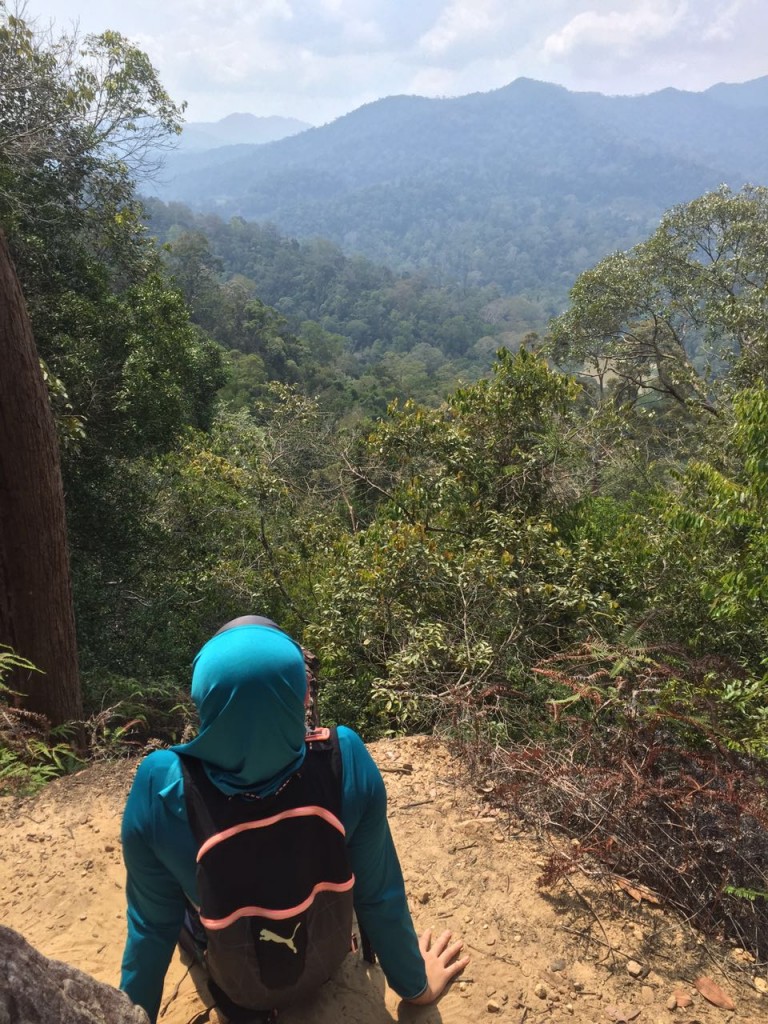 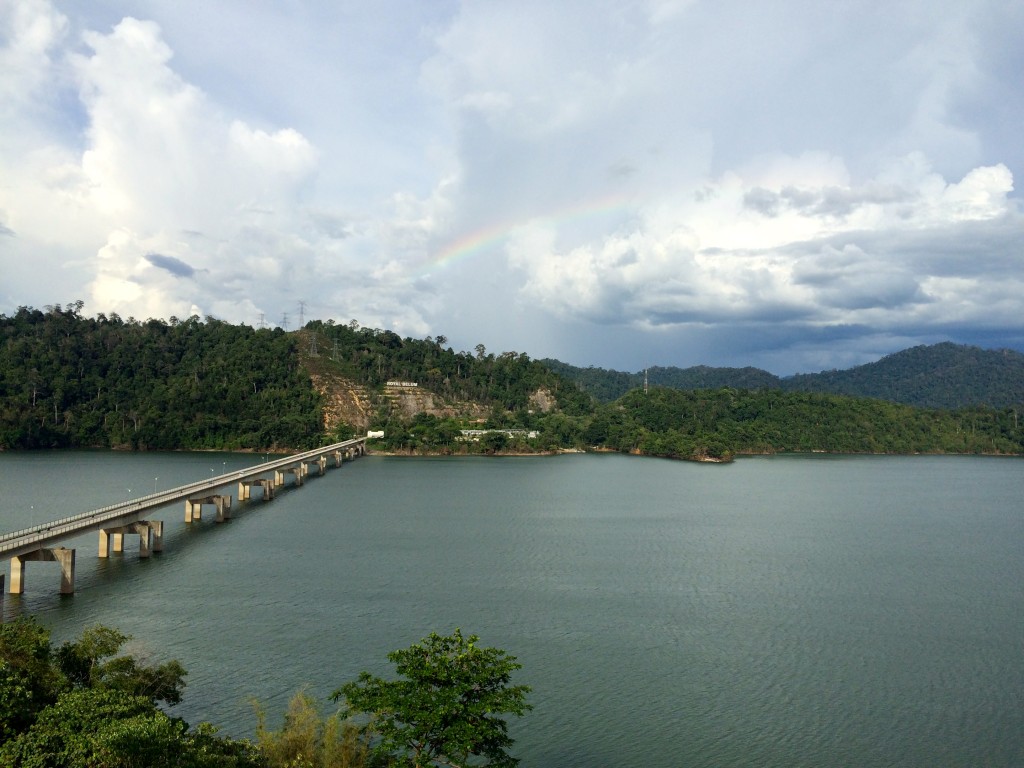 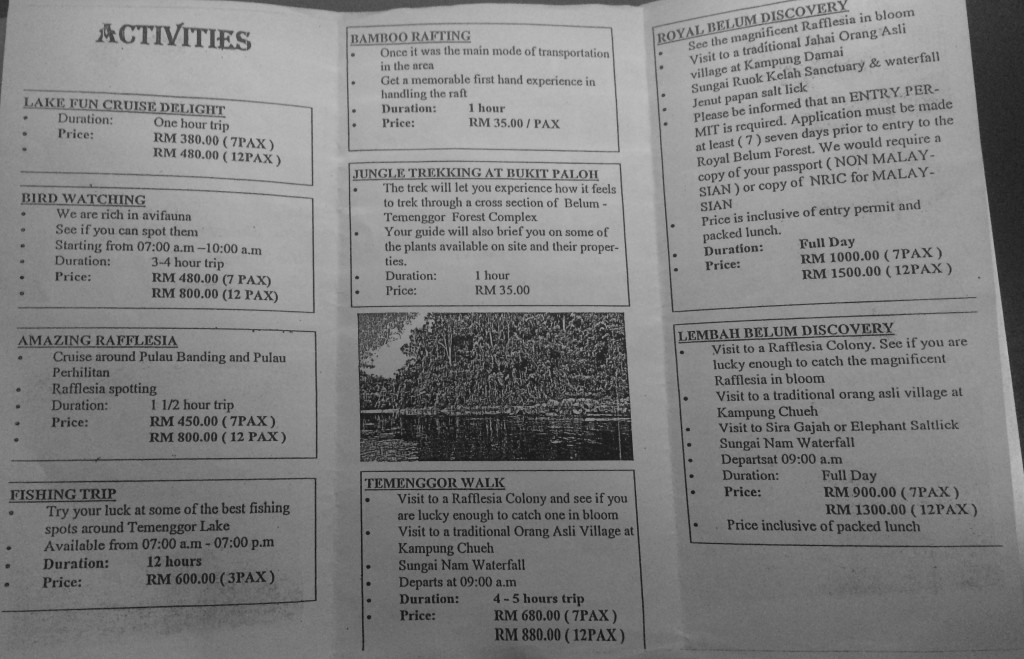 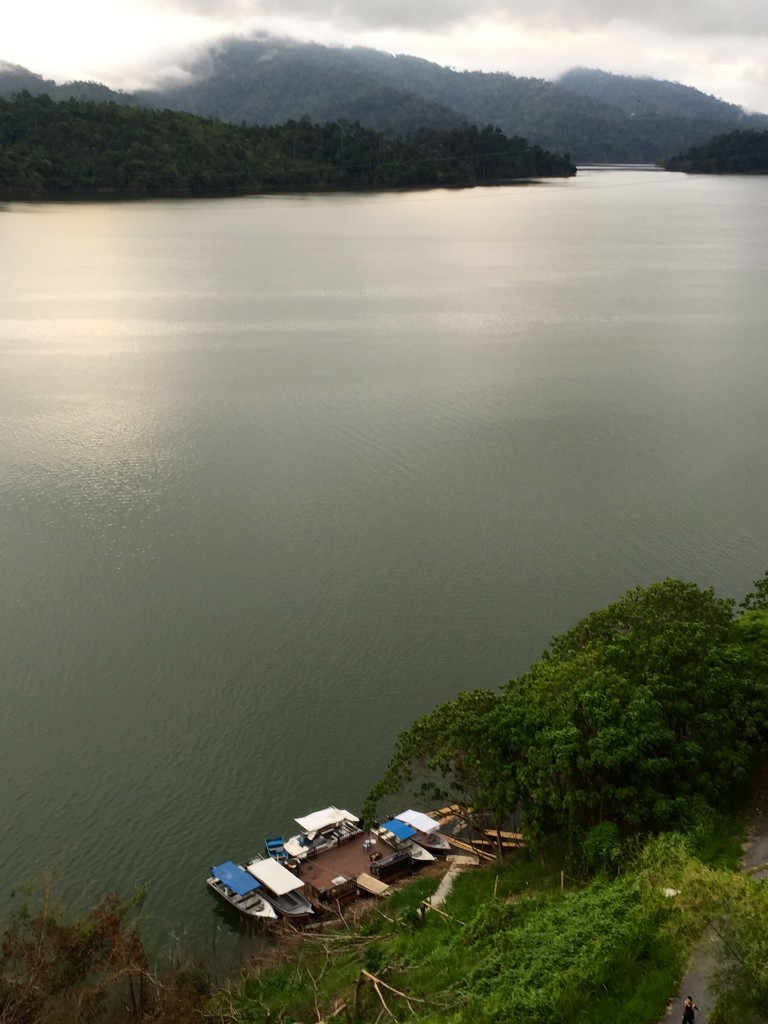 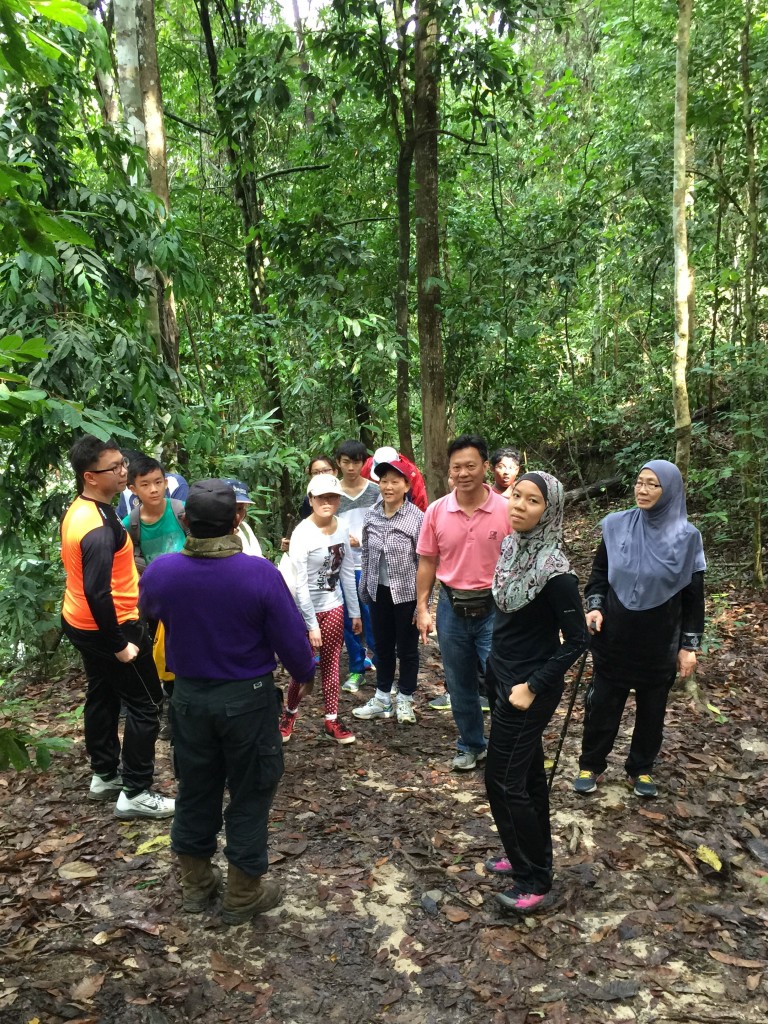 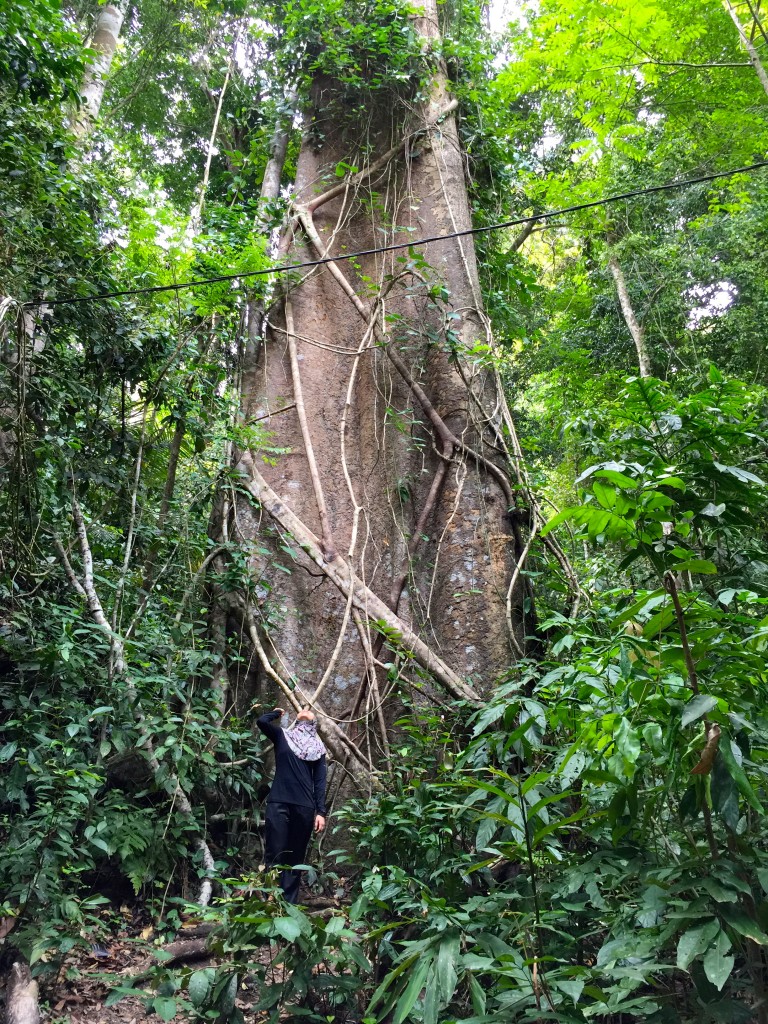 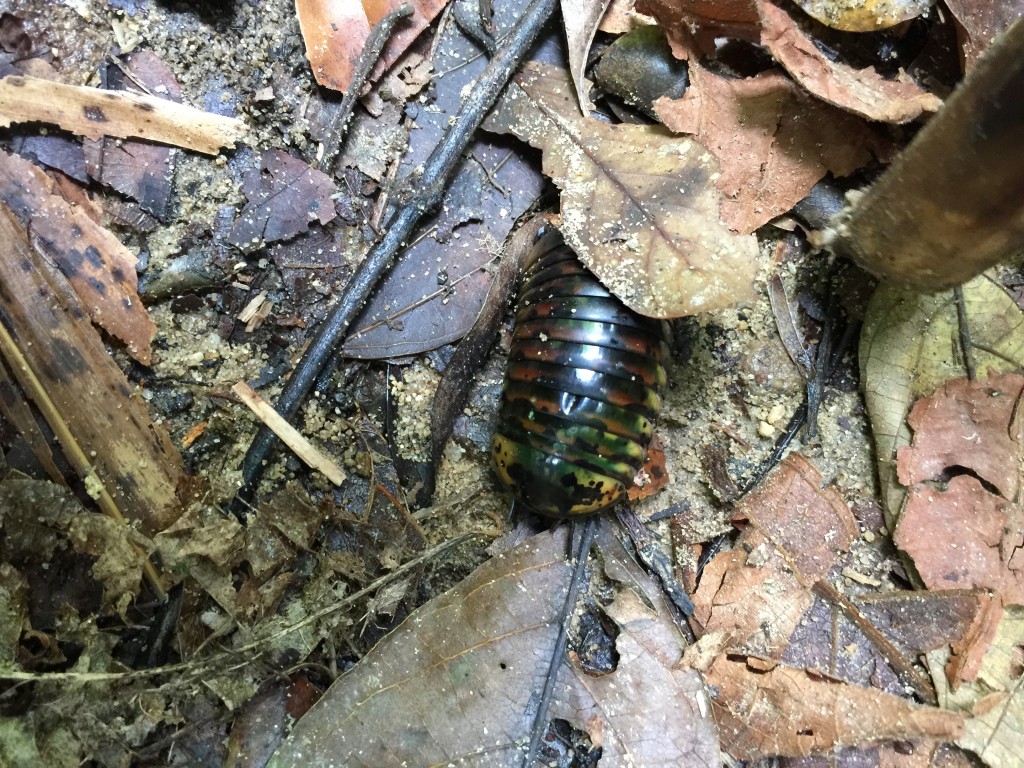 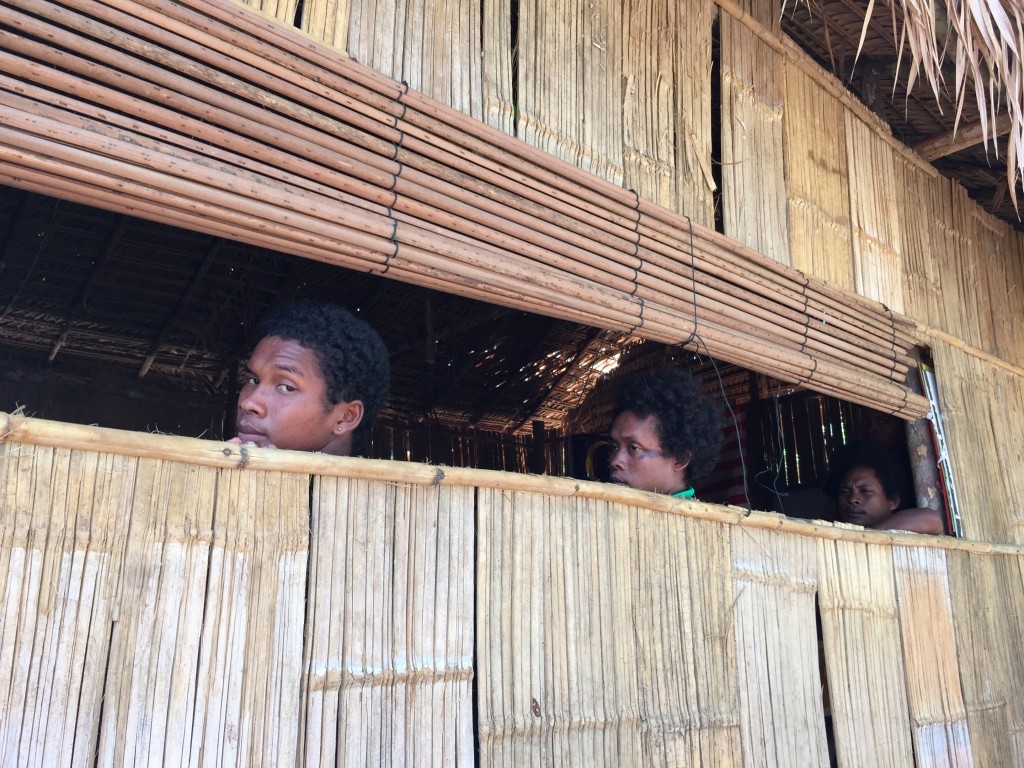