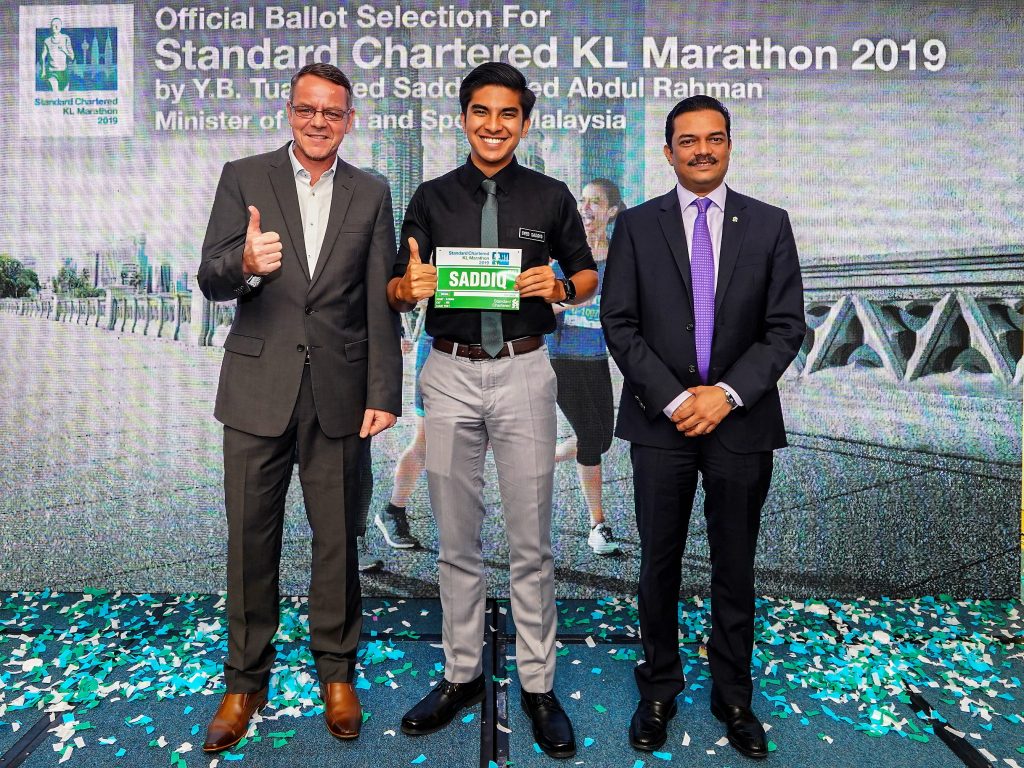 Fabulous news for runners! We can look forward to another four years of wonderful racing experience at the KL Marathon. Dirigo Events and Standard Chartered Malaysia announced a four-year extension to their title sponsorship agreement, taking the biggest run in Malaysia with the Standard Chartered KL Marathon through year 2022. The 2019 edition of the highly anticipated event will take place on 28 and 29 September and is expected to draw over 38,000 participants.

Standard Chartered has been the title sponsor of the event since 2009 and celebrated the 10th Anniversary of the bank’s involvement at this year’s event in April. The Standard Chartered KL Marathon’s (SCKLM) 10th Anniversary saw its biggest participation yet with 38,000 participants competing in 10km, Half and Full Marathon distances, with a 5km Fun Run and 1km and 3km Kids categories. The 10th Anniversary event also saw SCKLM being held over two days for the first time to cater to the growing number of runners, and this will continue in the next edition of the race. 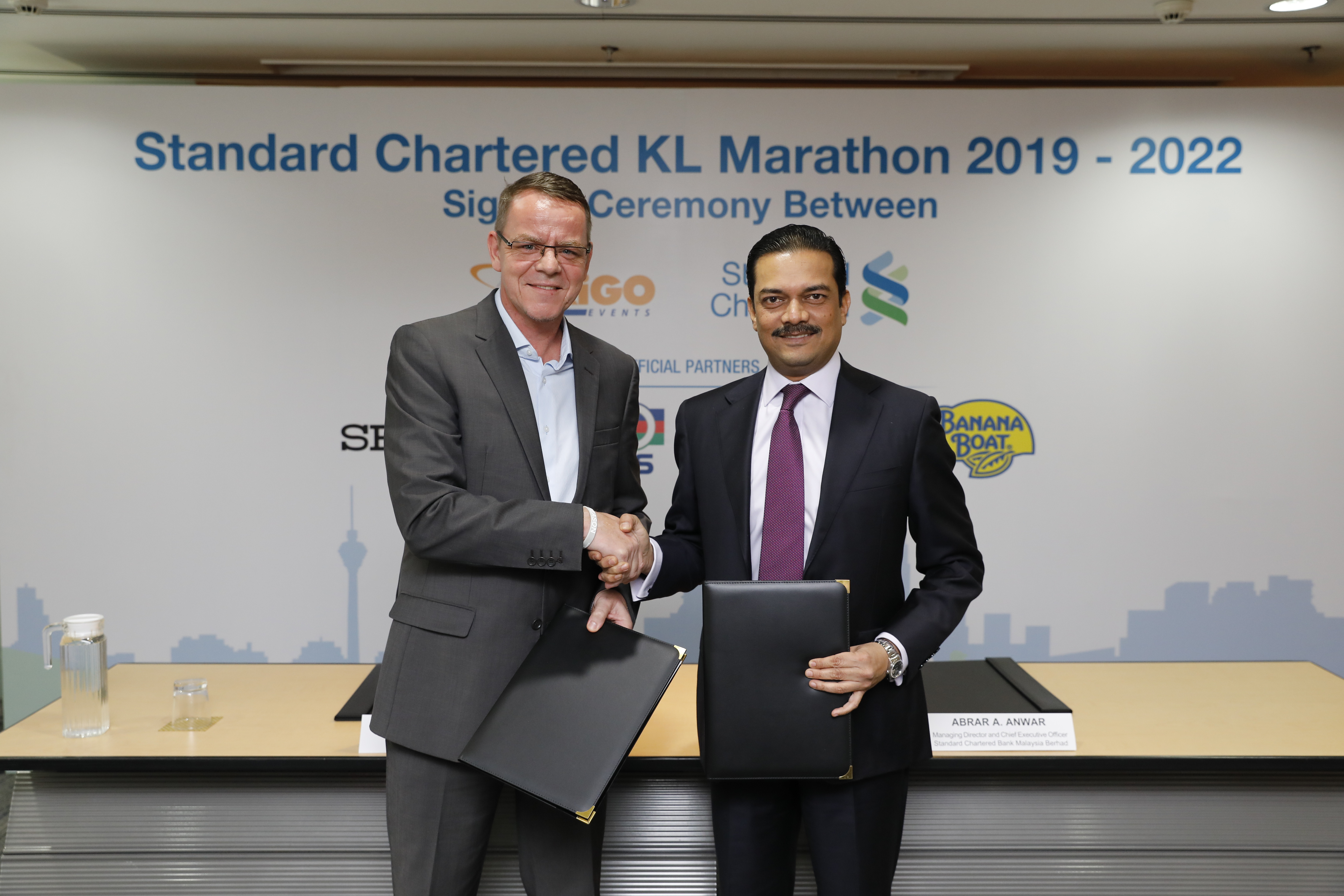 Rainer Biemans and Abrar. A. Anwar exchanging the sponsorship documents

“We are extremely pleased to be extending our association with this wonderful sporting event and delighted that we will be able to continue inspiring Malaysians to lead healthy, productive lives,” said Abrar A. Anwar, Managing Director and CEO of Standard Chartered Malaysia at a signing ceremony held today. “Over the last 10 years, SCKLM has grown to become the premier running event in Malaysia, bringing together participants from every state within the country and from over 70 countries. This is largely due to Dirigo’s excellent organisation of the event and we are happy to resume this successful partnership to take this event to even greater heights,” added Abrar.

The 2019 edition of SCKLM will also see the inclusion of new, as well as returning sponsors. SCKLM welcomes Under Armour and Banana Boat as first-time sponsors of the event. Seiko resumes its long-standing sponsorship while 100 Plus returns as beverage sponsor for the next 4 years.

“We are really happy to have secured our title and major sponsors for the 2019 edition of SCKLM well ahead of the event, which gives us ample time to plan and maximise the sponsorship agenda of our partners,” said Rainer Biemans, Project Director of SCKLM and Director of Dirigo Events.

So mark your calendar and let’s not miss the run in 2019. Need convincing? Checkout our past experience running the Standard Charted KL Marathon.