If there’s anything that I love more than running or working out is food. Combine those 2 things together, you get a marathon that is worth repeating year after year! Twincity Marathon is unique because it is a big-scaled running event that has an abundance of food (the only event that I have experienced lots and lots of food are ultramarathons because there are not many participants). On top of that, it also provides prayer facilities at several water stations that is well-planned for both fast and slow runners. 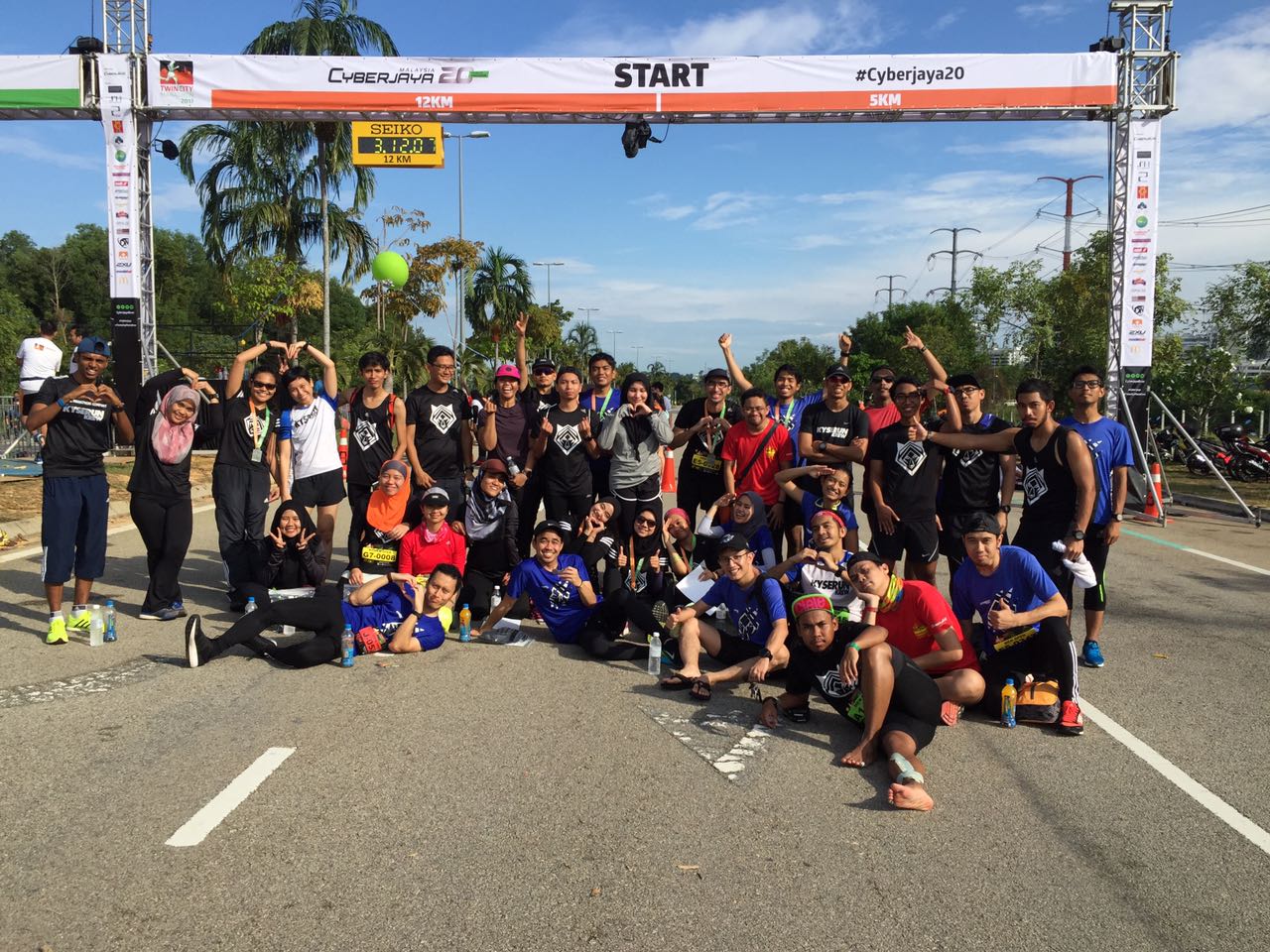 Our big family of runners and pacers

I decided to participate again in this year’s half marathon category. Last year, I went as a “ghost” runner in the same category (run without a bib, no medal at the finishing line waiting for you, and pray you don’t get caught!) so I did not have the privilege and luxury of time to enjoy the generous spread of food at several water stations. However, I still had a great experience so it was worth paying and registering instead of participating as a “ghost” again. 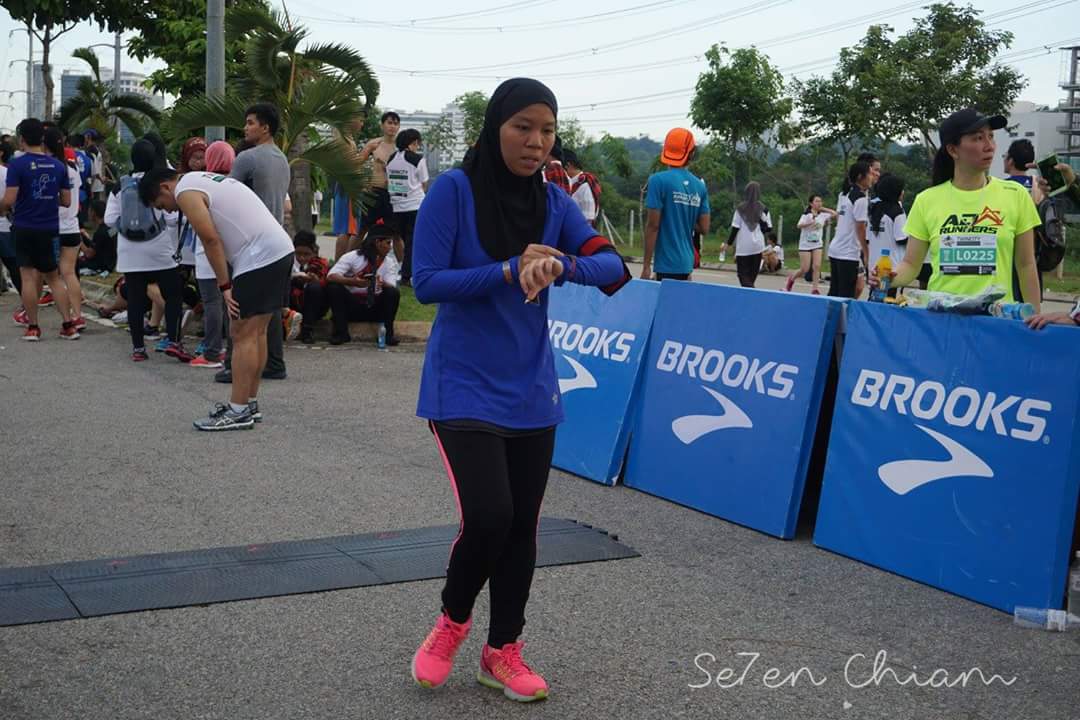 Me after crossing the finishing line last year. Run at your own risk, “ghost” runners.

Except for the inconveniences during the bib collection (the Men’s 21km bib were not ready on time), Twincity Marathon was certainly an event not to be missed. Besides the food and the thoughtful prayer facilities, it is also a relatively flat route with minimal elevation. It would have been a great opportunity for me to set another PB, however I admit I did not train enough prior to this event but mainly, I was distracted by so much food. Blame it on my short attention span! 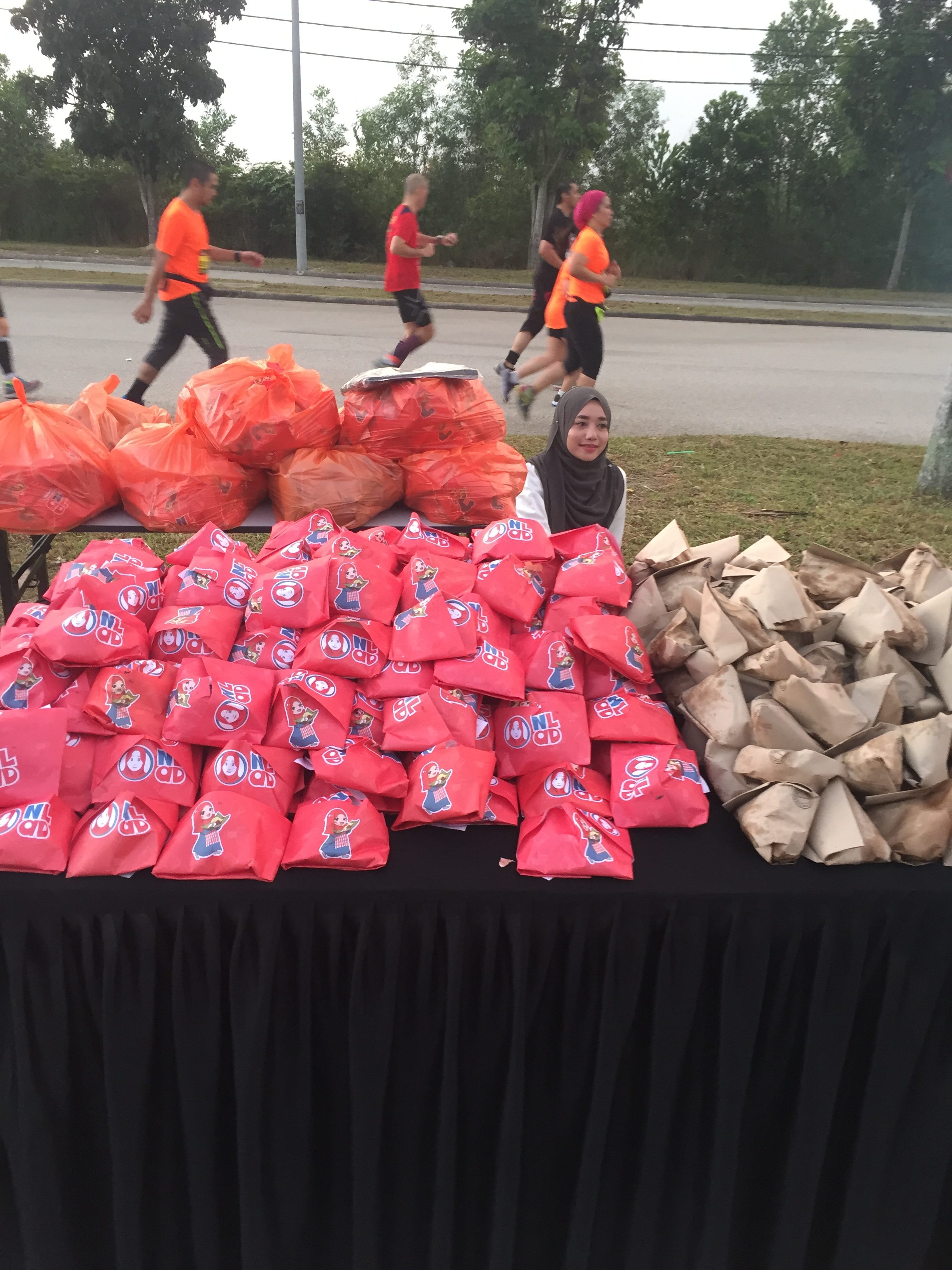 Do you expect me to choose between running and nasi lemak? 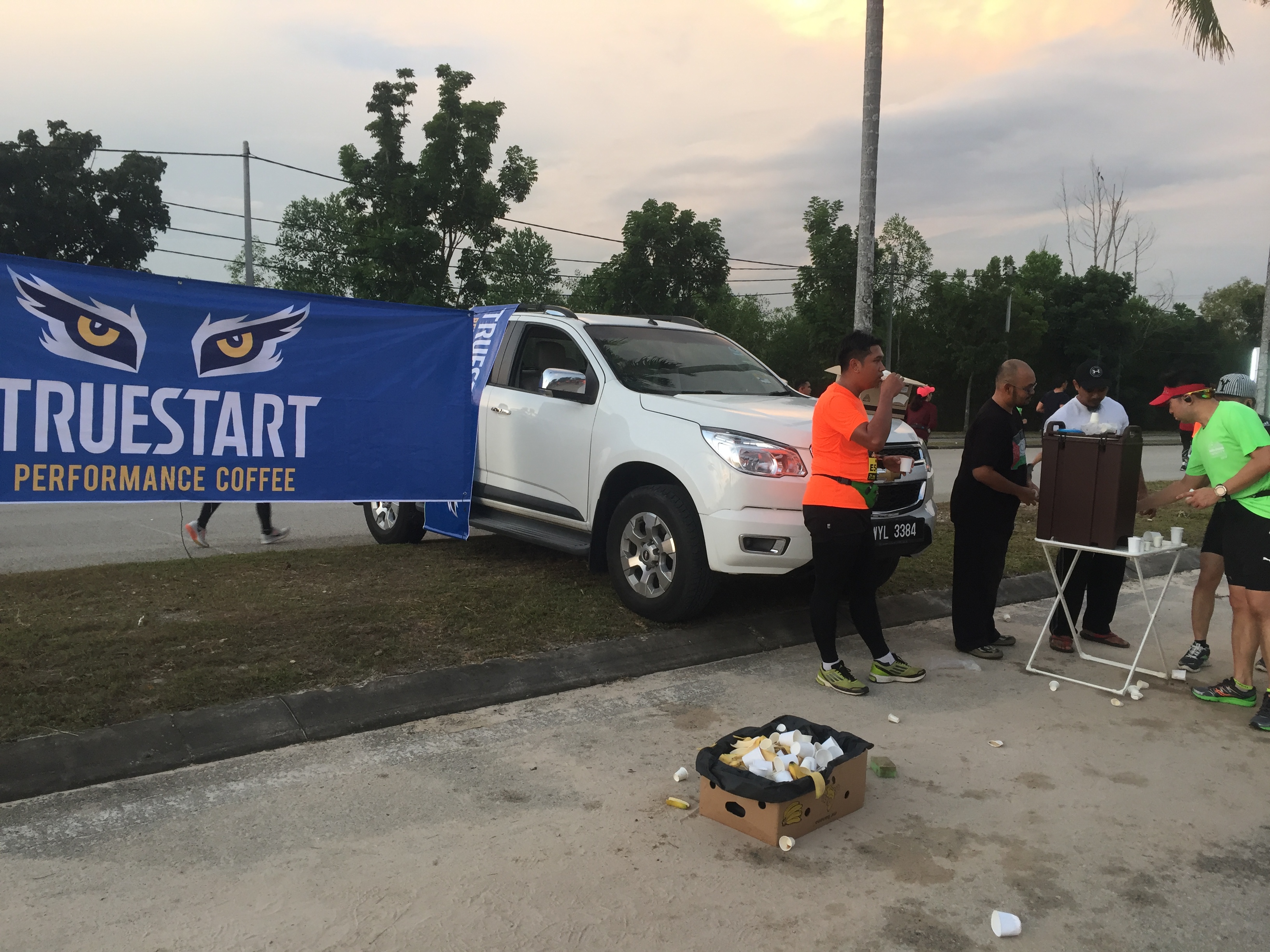 Can you make mine with those swirly leafs on top with extra foam? 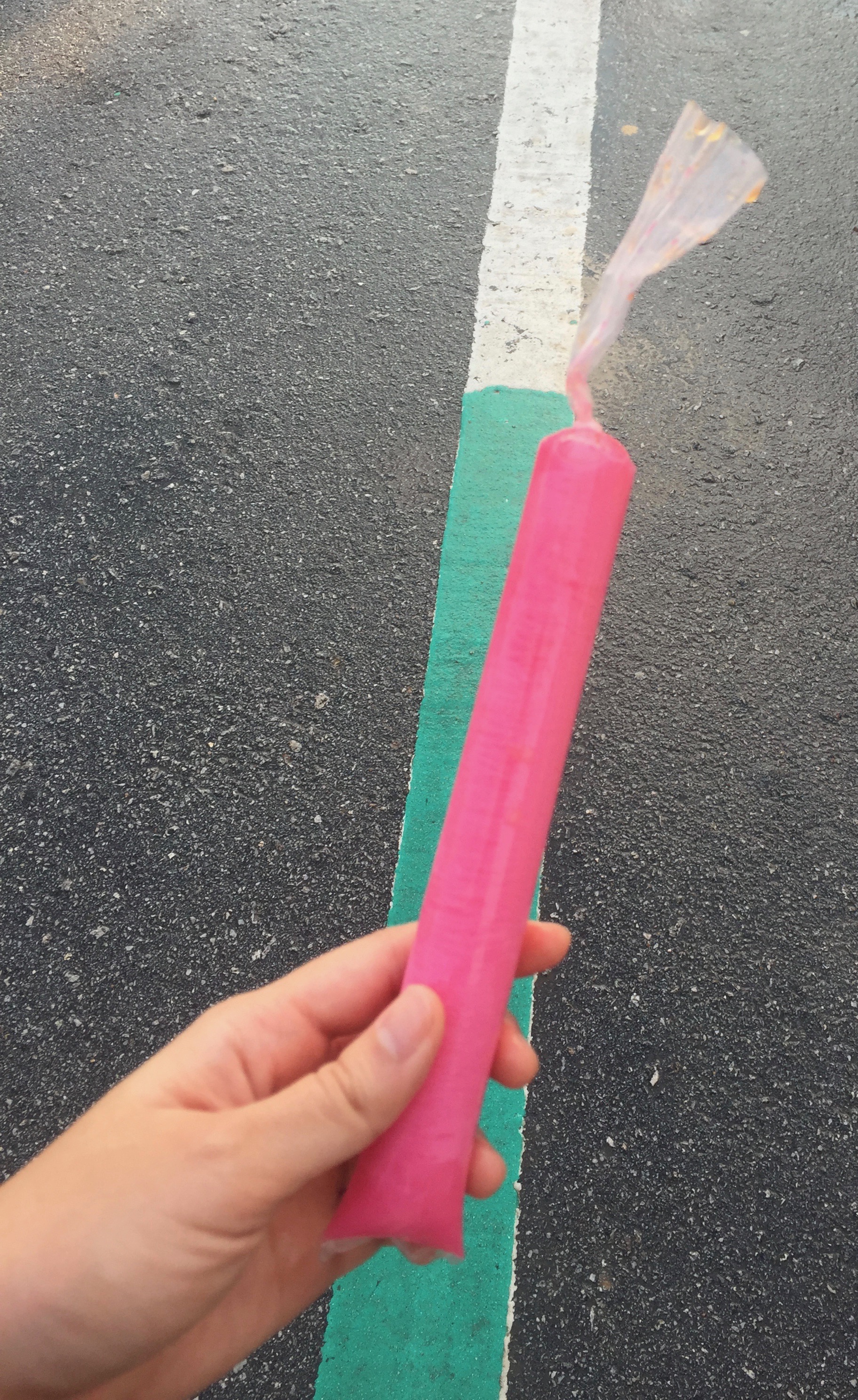 After all of that good food, you need dessert at the end to top it all off. This is Malaysian ice cream by the way, with frozen pink syrup and condensed milk. 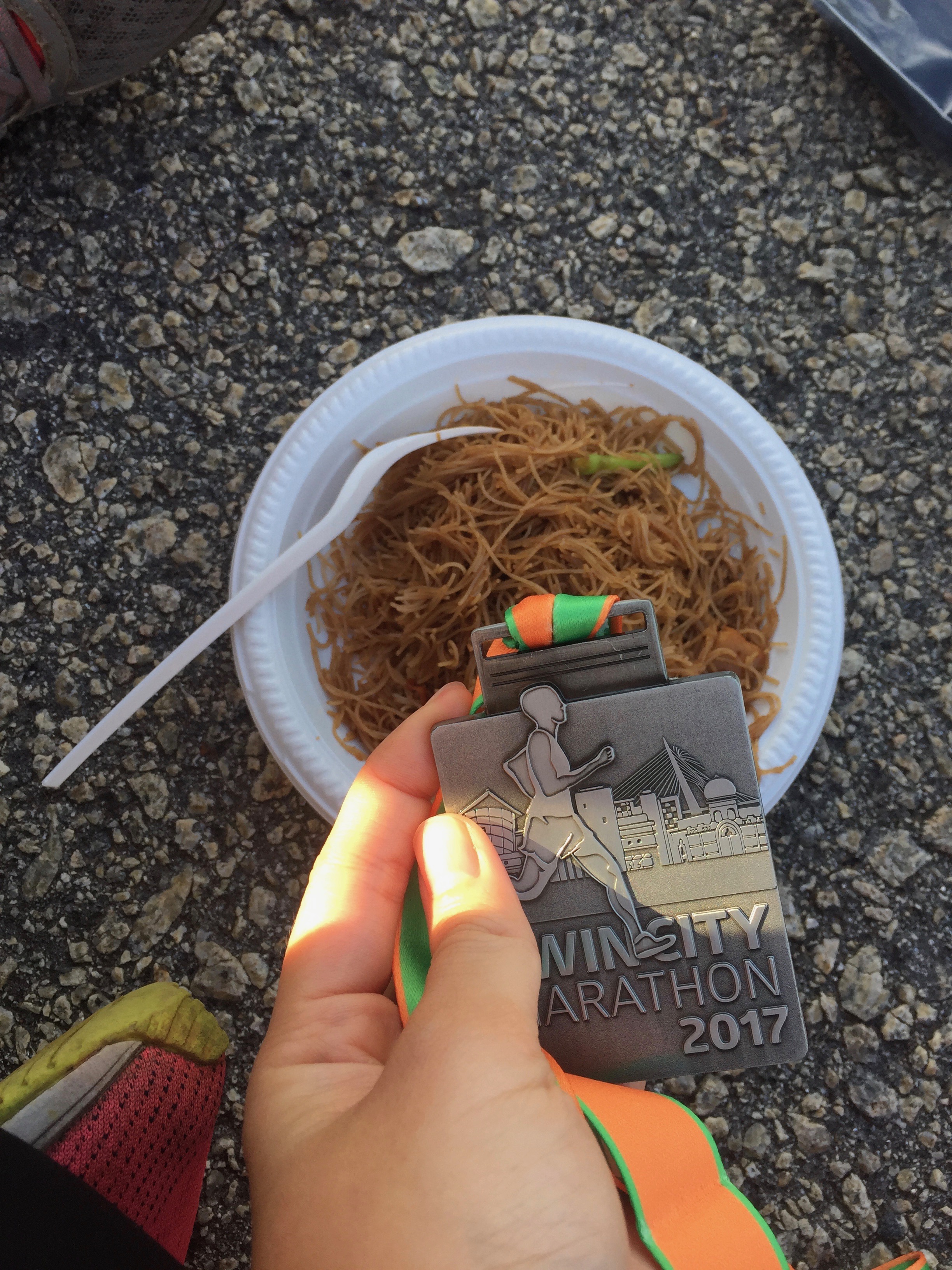 For once, I was not really disappointed about not hitting any PB or target. I might have not been able to perform my best for that day, but I still had a good time because I really enjoyed myself. I would do this run all over again next year, and I hope that the organizers keep up the fun vibe for this event! 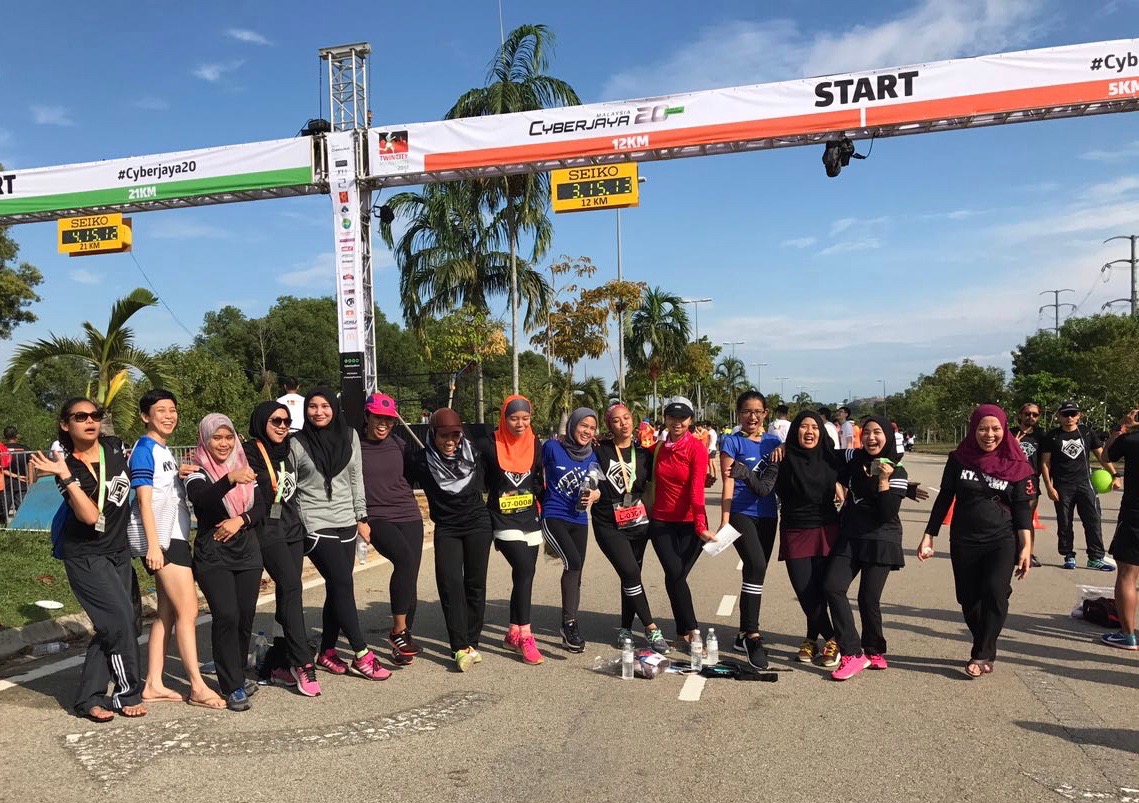 Too much sugar and ice cream, girls? 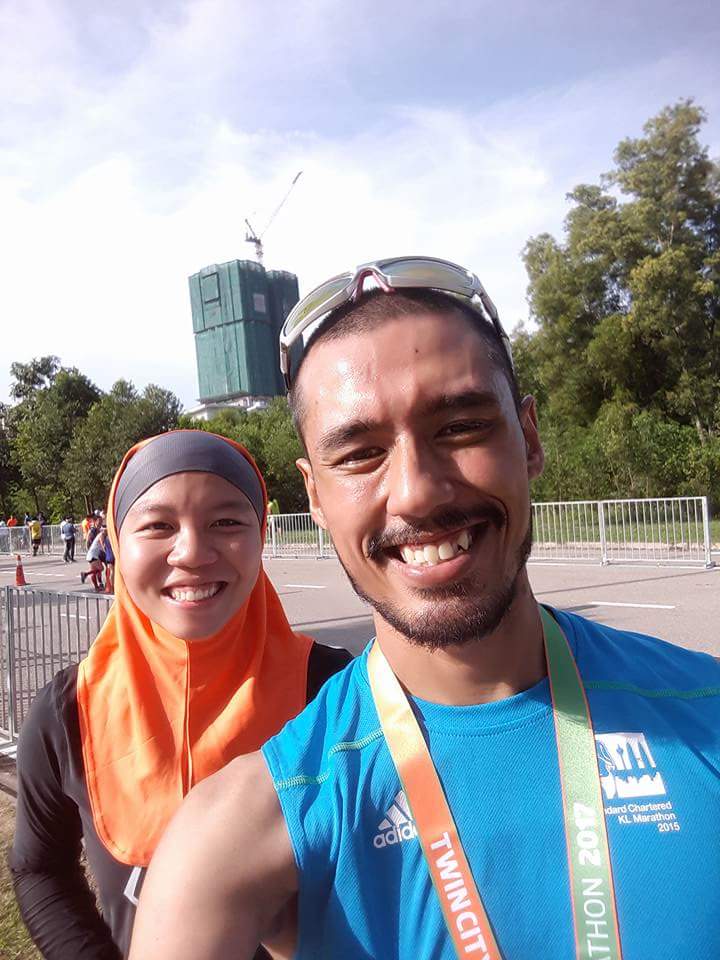 A familiar face that requires no introduction. So glad to be seeing you back in running events, buddy! 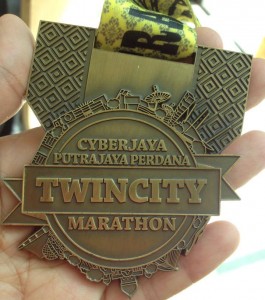 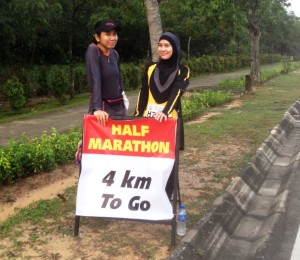 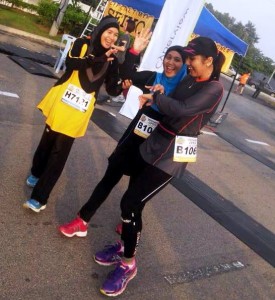 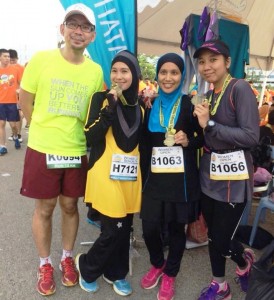 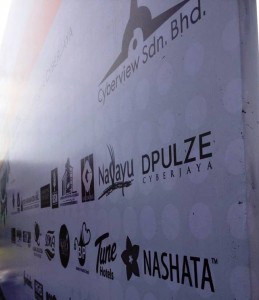