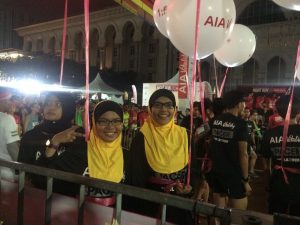 Pacers on the go!

It was such a great honour when I was given the opportunity to be one of the pacers for 21km Men’s Health Women’s Health Night Run, for the second time, with improved timing : 2 hours 20 minutes.

My first time being a pacer was in May’16 at 21 km Men’s Health Women’s Health Night Run in Penang for timing 2 hours 30 minutes. And the next is a…surprise! 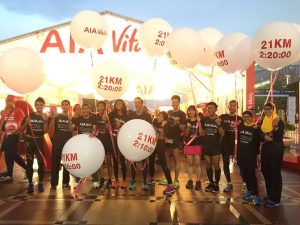 We can’t wait to pace! 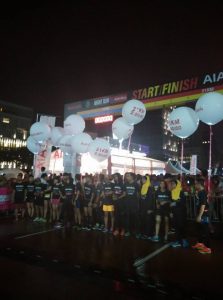 Are you ready guys?!

It was raining heavily a few hours before the run, and we were worried and had questions in our minds, “Will there be lightning during the run?” “Will the event run smoothly?” But, yes! I love to run in rain.
When the race was about to start, the rain almost stopped but drizzling. I was quite nervous because my timing for pacing improved to 2 hr 20 mins, and it was raining, the road was wet and may be slippery, this and that..…
I was glad to meet other pacers for my timing and they were very friendly and kept supporting each other. As the race start, everything went smoothly until one of our balloons …popped!,..yes. It was.. at kilometers 2 (yup, as early as that,..am not sure why). Fortunately, we have another one since we were given two balloons. We kept inspiring people around us to keep up with our pace

“Keep running, keep moving guys”
“You can do it!”
“We almost there!”

We tried to maintain the pace, 6.25 – 6.30 min per kilometer. I was enjoying my run with the songs I downloaded a week before the race, and I played them on the loud speaker, and yes! Everyone seemed to enjoy them too. Yayy! 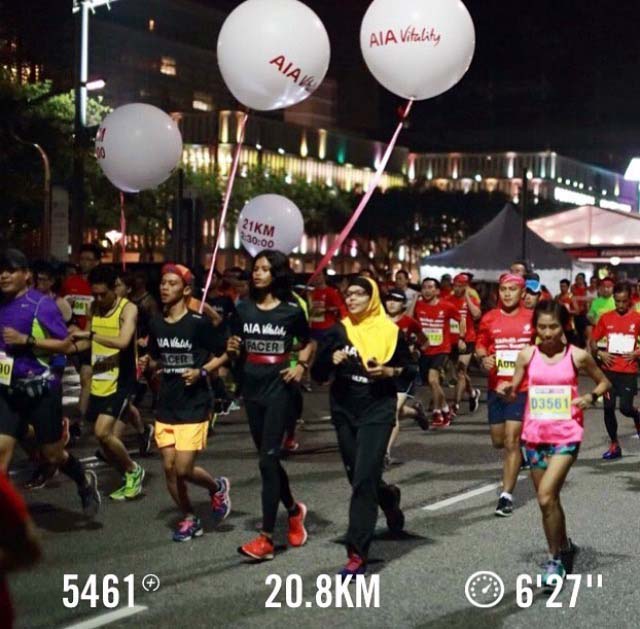 At the kilometers 14, my other pacers started to leave me behind. They ran even faster than the pace we were assigned to. Perhaps they were so used to run faster until they forgot our pace. And I kept running alone, entertained by the songs played on loud speaker. Fortunately, there were still a lot of people following me.I felt relieved –  Hoyeahh! Women power here! 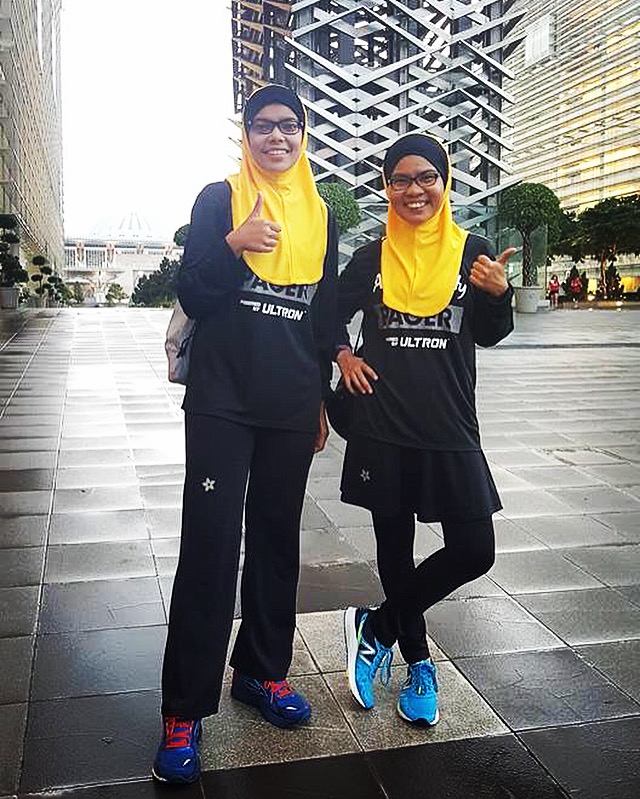 Things got worse when I felt I needed to go to toilet so badly at kilometers 16. Unfortunately, there was no portable toilet, no petrol station, no mosque. It was just a long, straight road ahead. It was a tough run, running with full bladder, but I had no choice but to continue running. I prayed to Allah, to help me finished the race on time, and to finished strong with this full bladder! At least for this time! Please!.… I kept on running. 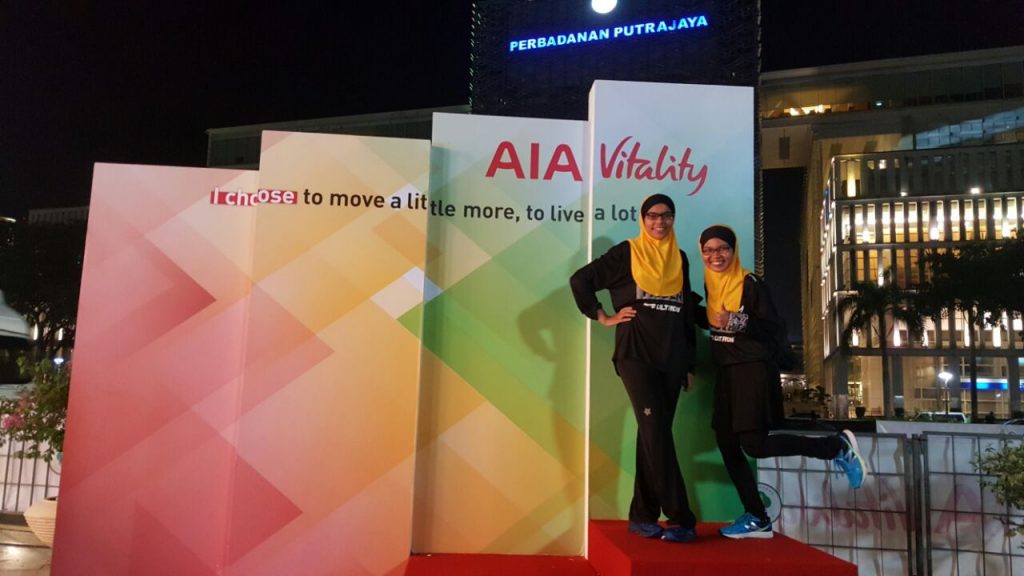 Hijabi Pacers who choose to move a little more, to inspire a lot

I passed by the boards with marked “5km to go” then “3km to go” and finally I arrived at the finishing line with timing 2:20:40. Yayyy! I felt like I was on top of the world. It felt like I just crossed the finish line on a red carpet. Lots and lots of people cheered for me, “Good job Nasuha! Good job!” 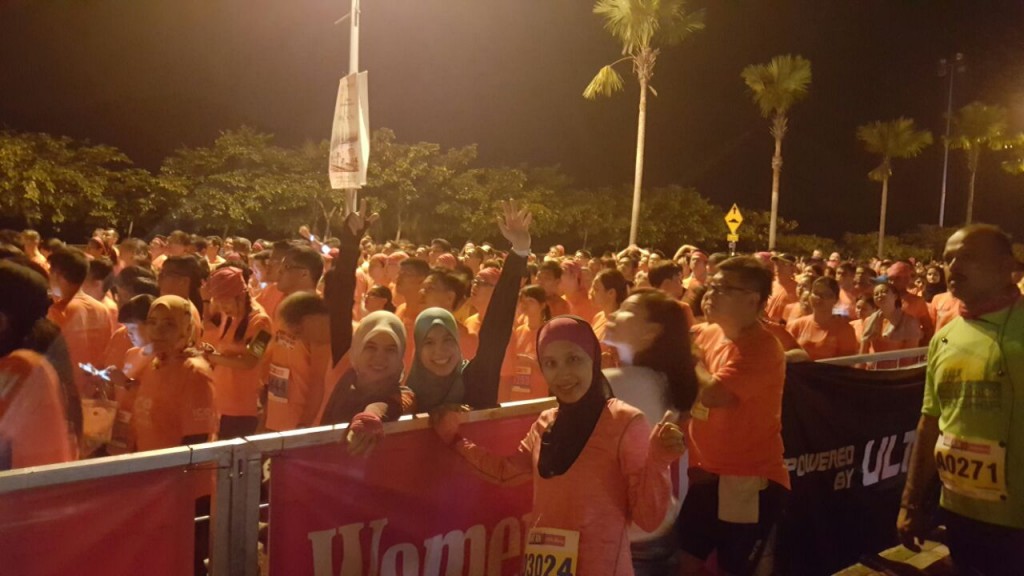 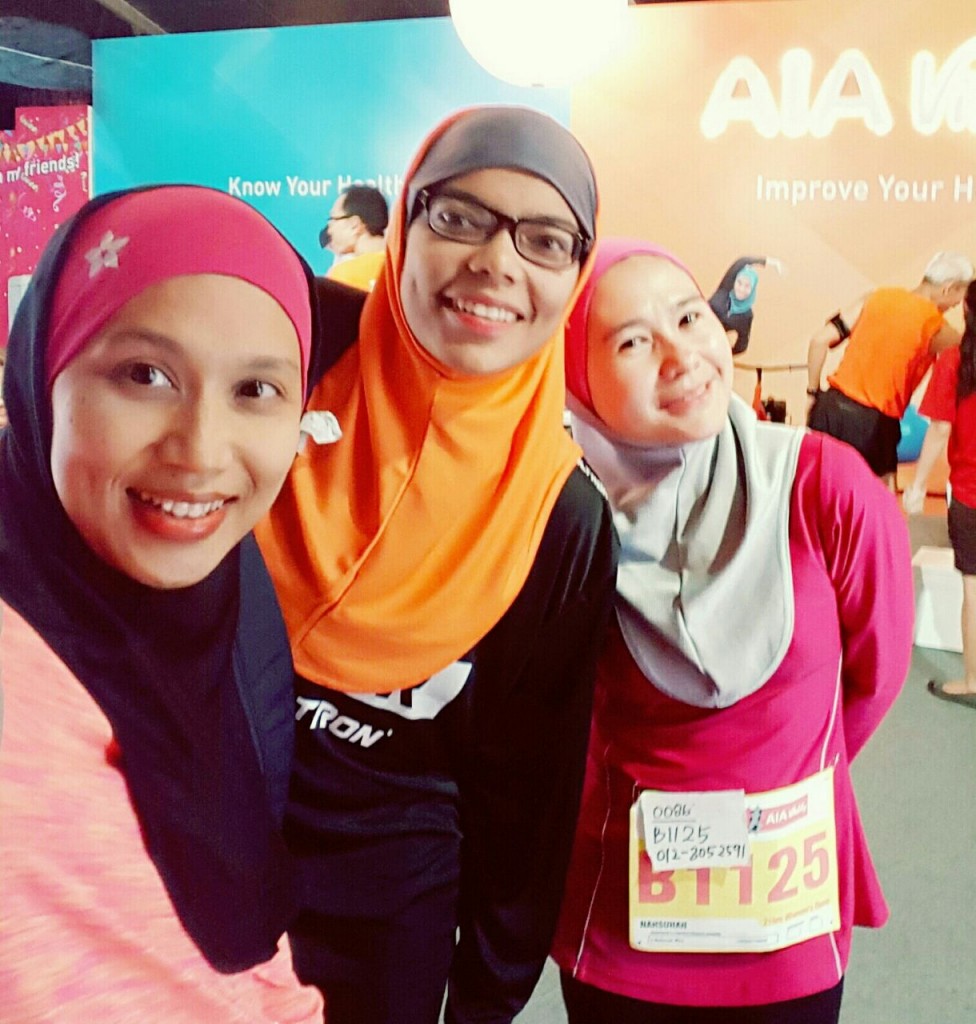 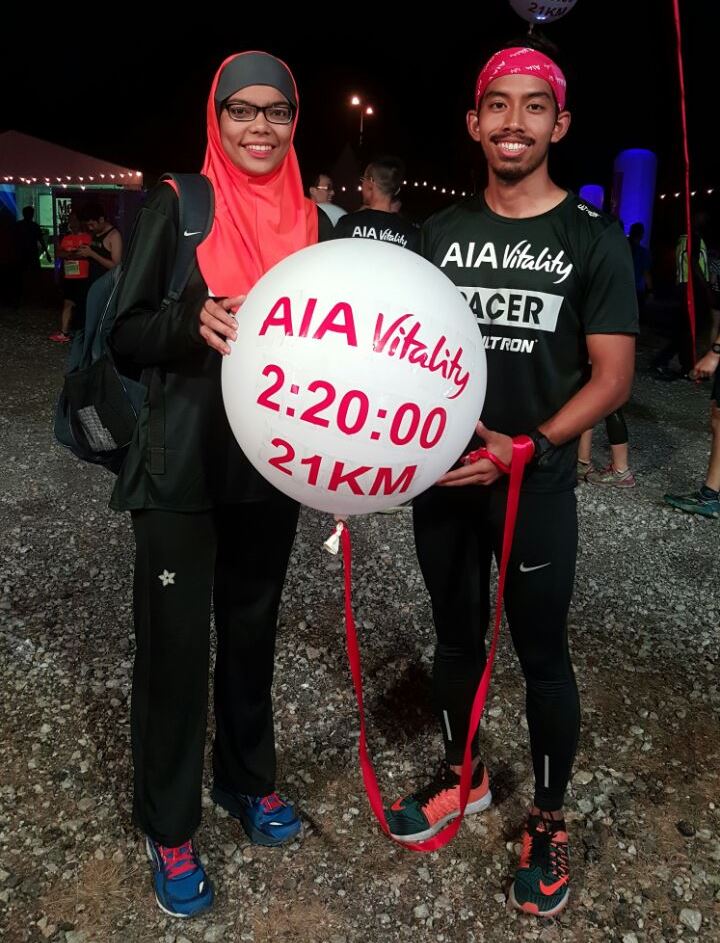 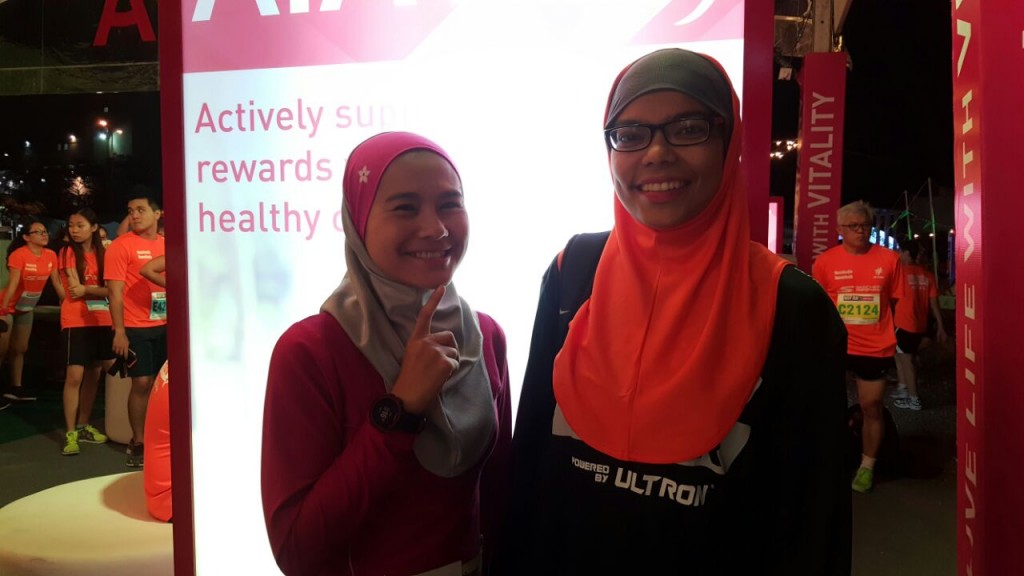 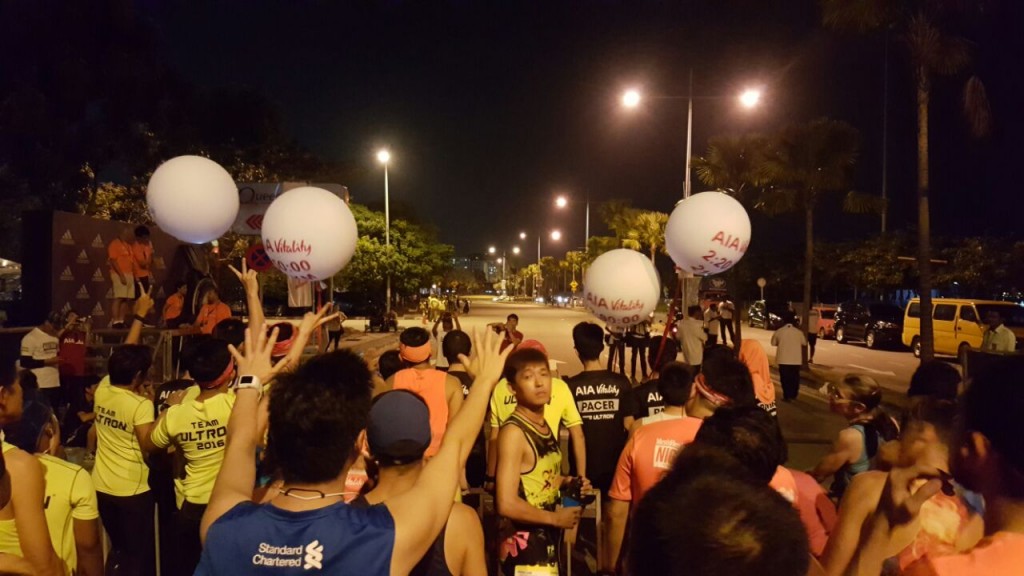 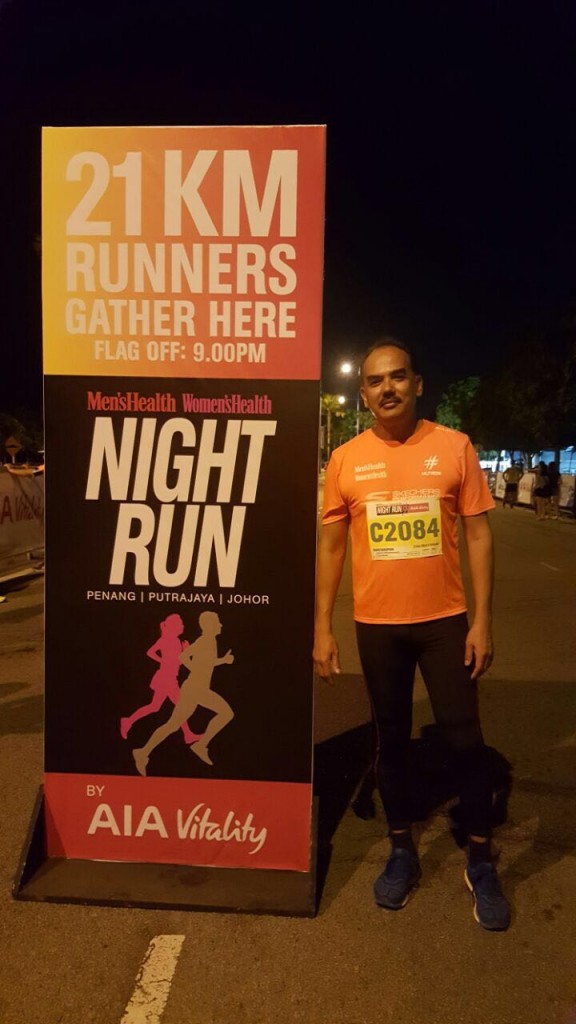 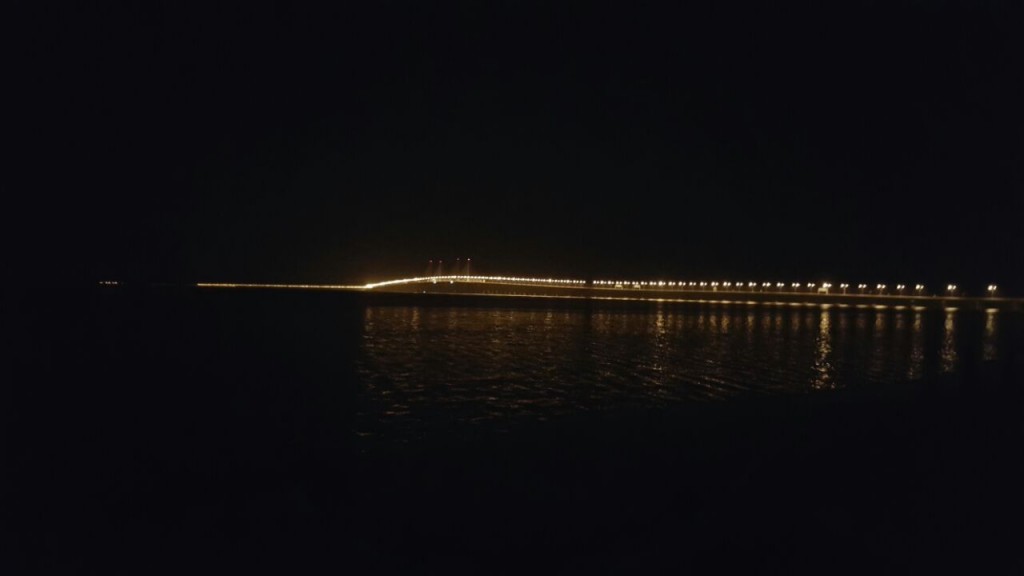 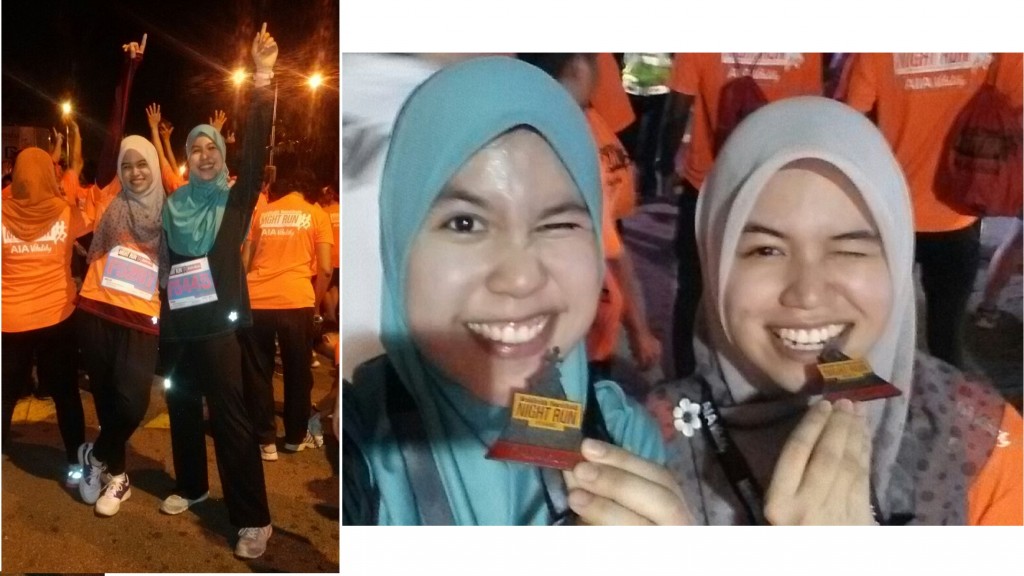 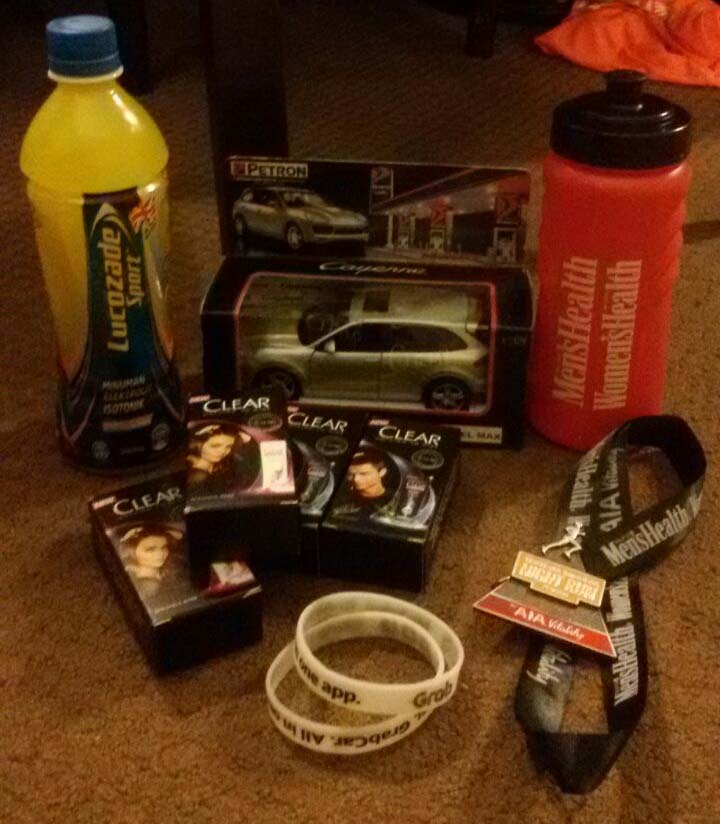 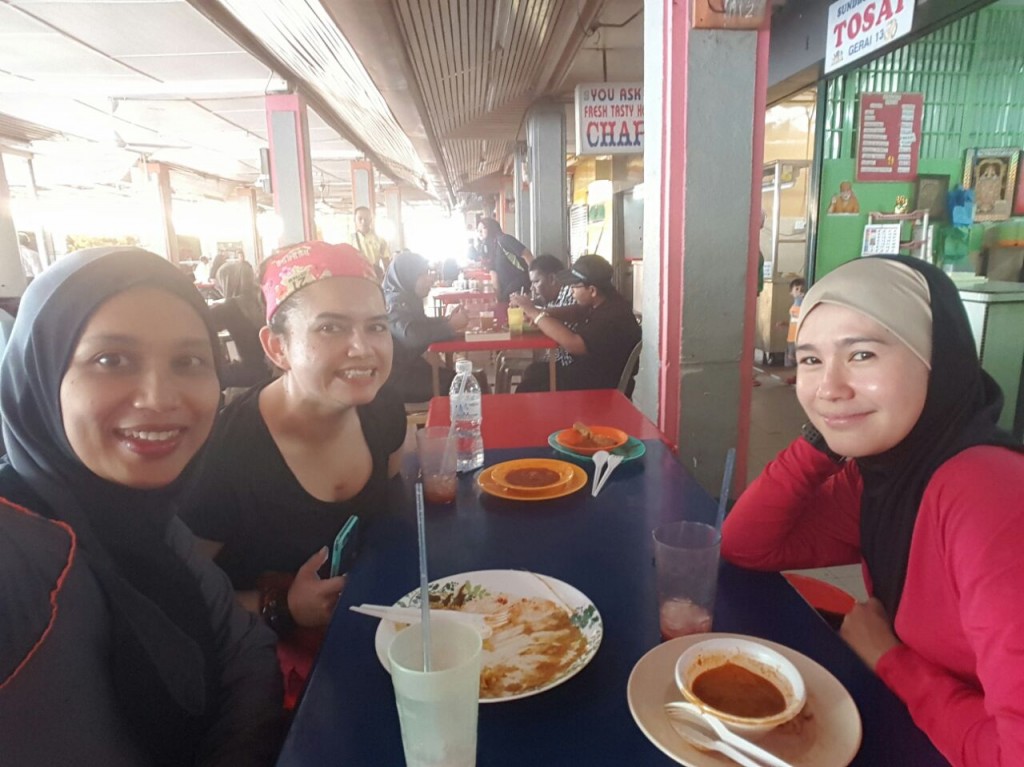