Nashata is in the process of designing and producing modest sportswear for children. Here are the 4 final contestants for Nashata Kid Model. They are active, young, talented girls with so much positive energy. We had a good time getting to know them, taking photos and videos of them and capturing their moves. Special thanks to these girls, their parents and family members for their support. 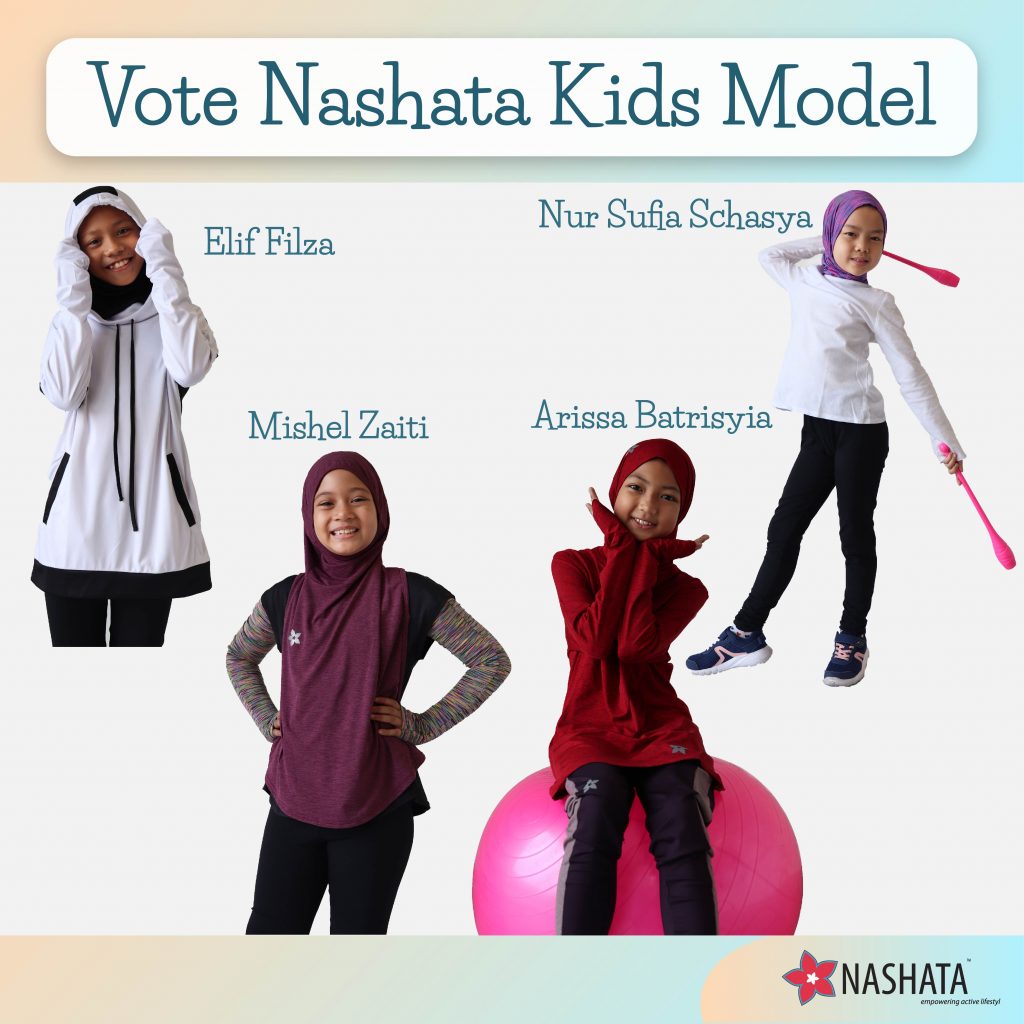 Here’s how you can vote:
1. There are 4 final contestants
2. Voting is via @nashatadotcom instagram
3. Like the instagram post of the contestant you wish to support
4. You can like as many contestants as you wish
5. You can also support by sharing individual contestant post to others
6. Comments that are kind and encouraging are welcomed
7. Voting ends 30 Sept ’19
8. Contestant with highest likes @nashatadotcom will be the winner (11:59pm 30 Sept ’19)

Arissa Batrisyia Abdul Hasib is 10 years old. She is active in running, taekwando, swimming and football.  She represents her school in MSSD Track & Field 2019, competed in more than 10 taekwando competitions since 2018 including ITF Sarawak Inter-School Invitational Taekwando Championship 2018, bronze (pattern),  Champion 3 Malaysian Open Taekwando Championship 2018 (gold in pattern & Bronze in sparring) and the Synergy Taekwando Championship 2019 (Gold for both pattern and sparring) and was selected to  represent her school for Air Asia KL Junior League – girls team. Arissa has also been with D Swimming Academy, Bukit Jalil since she’s 5 and now in their Mini Squad. Click here or her pictures below to vote. 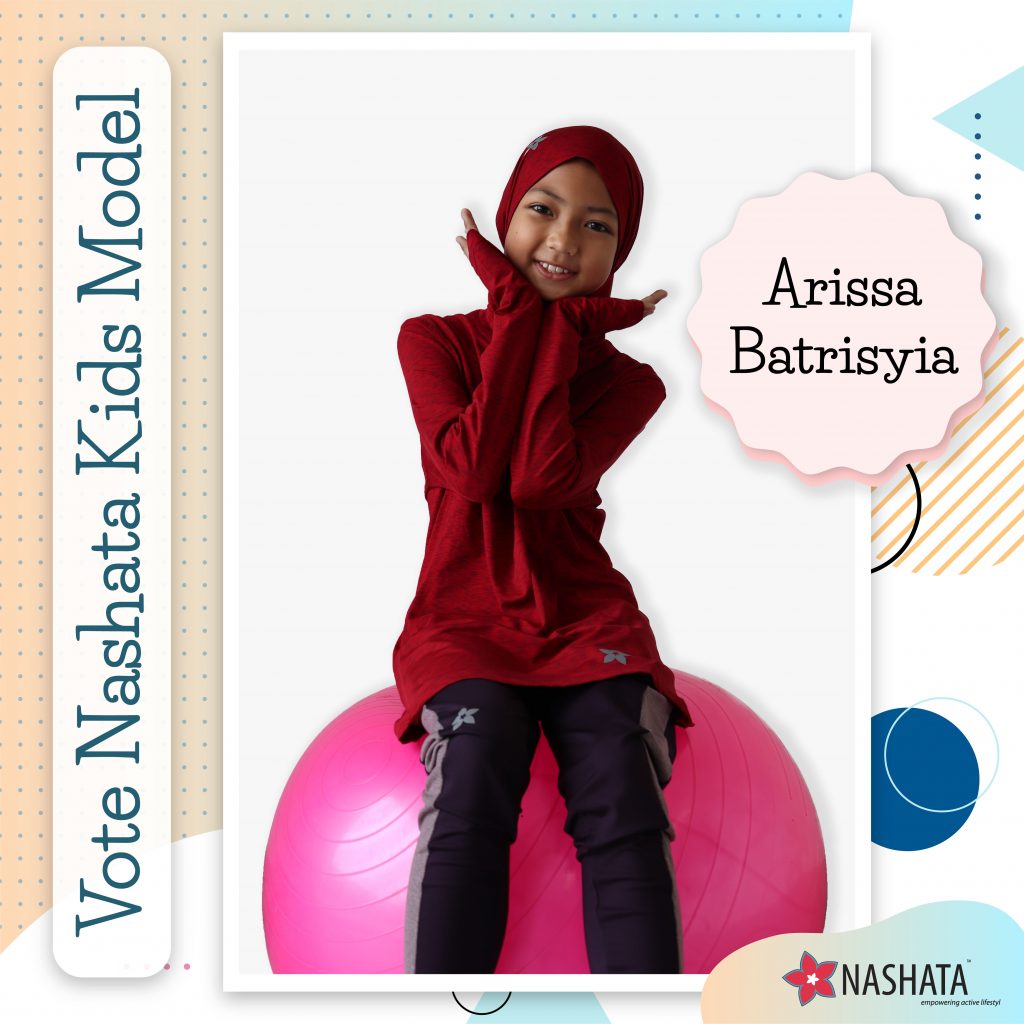 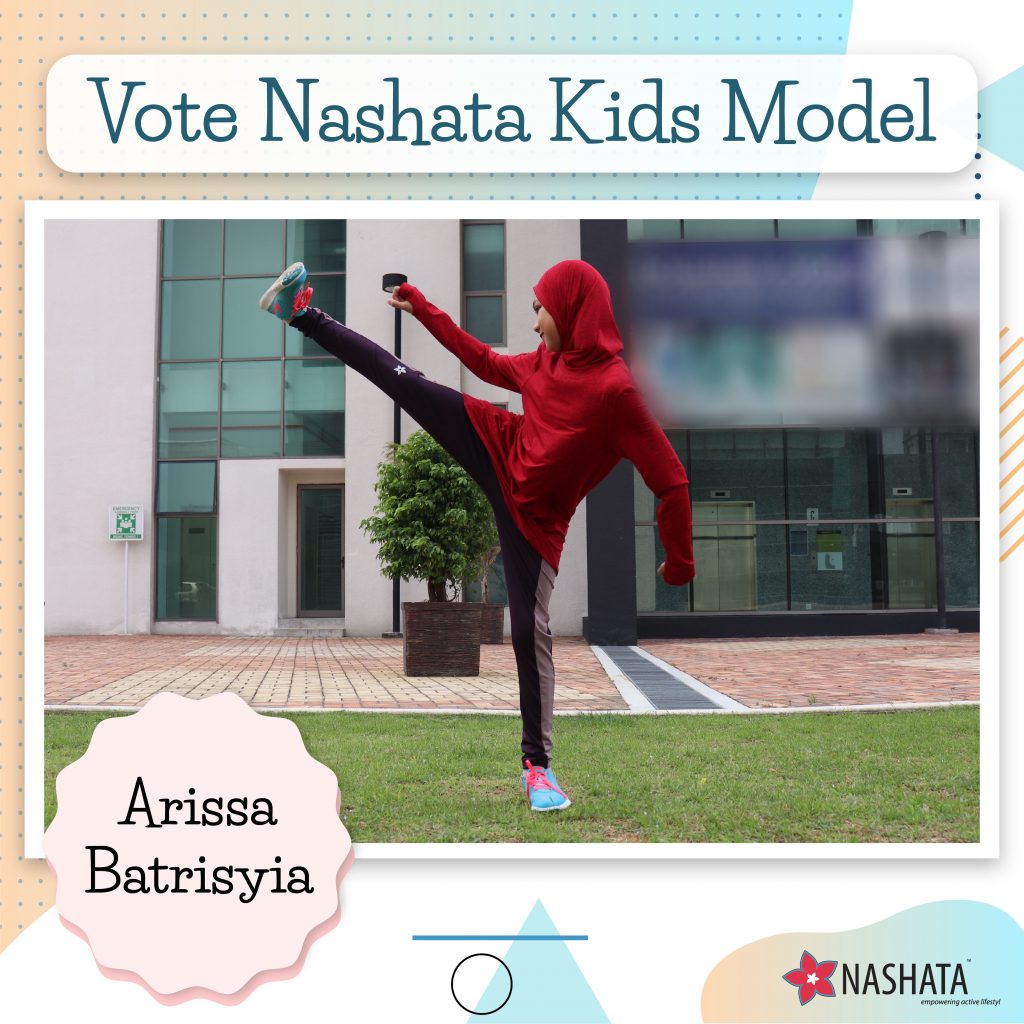 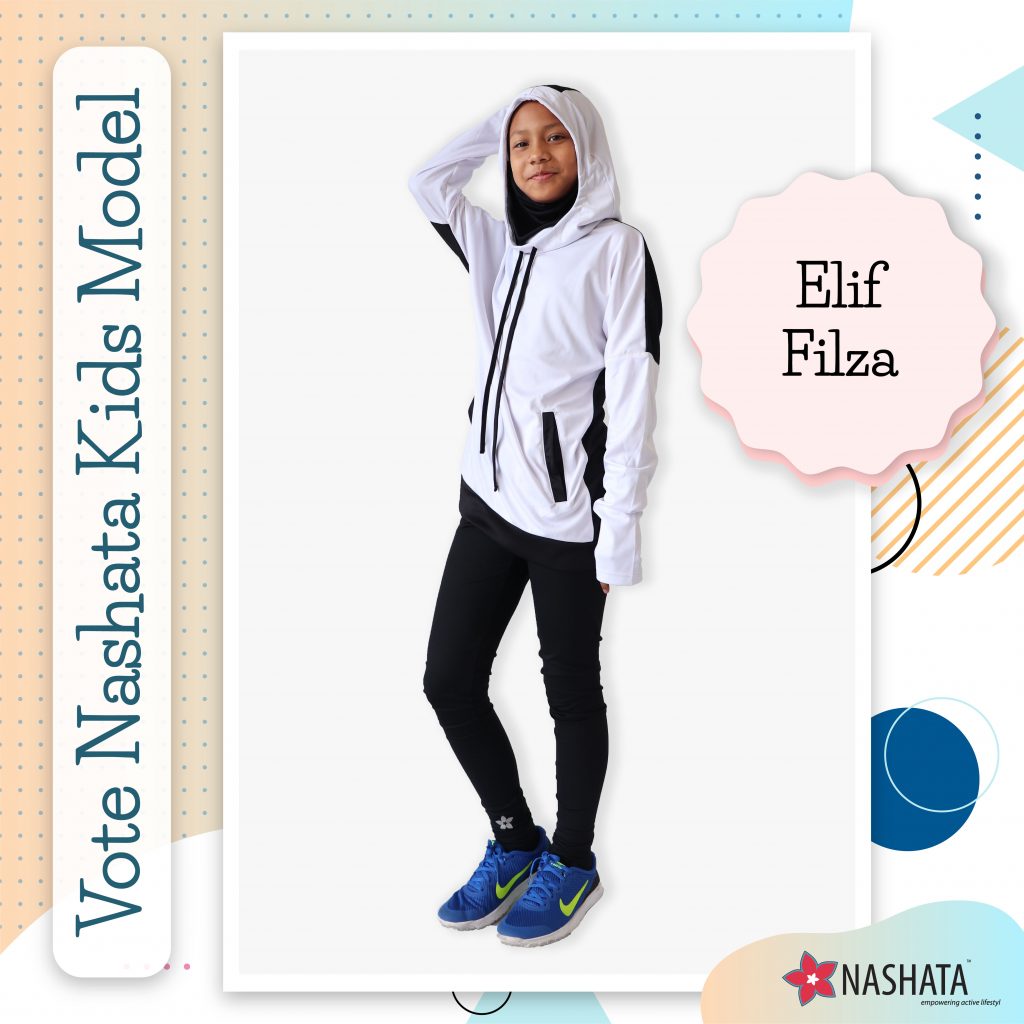 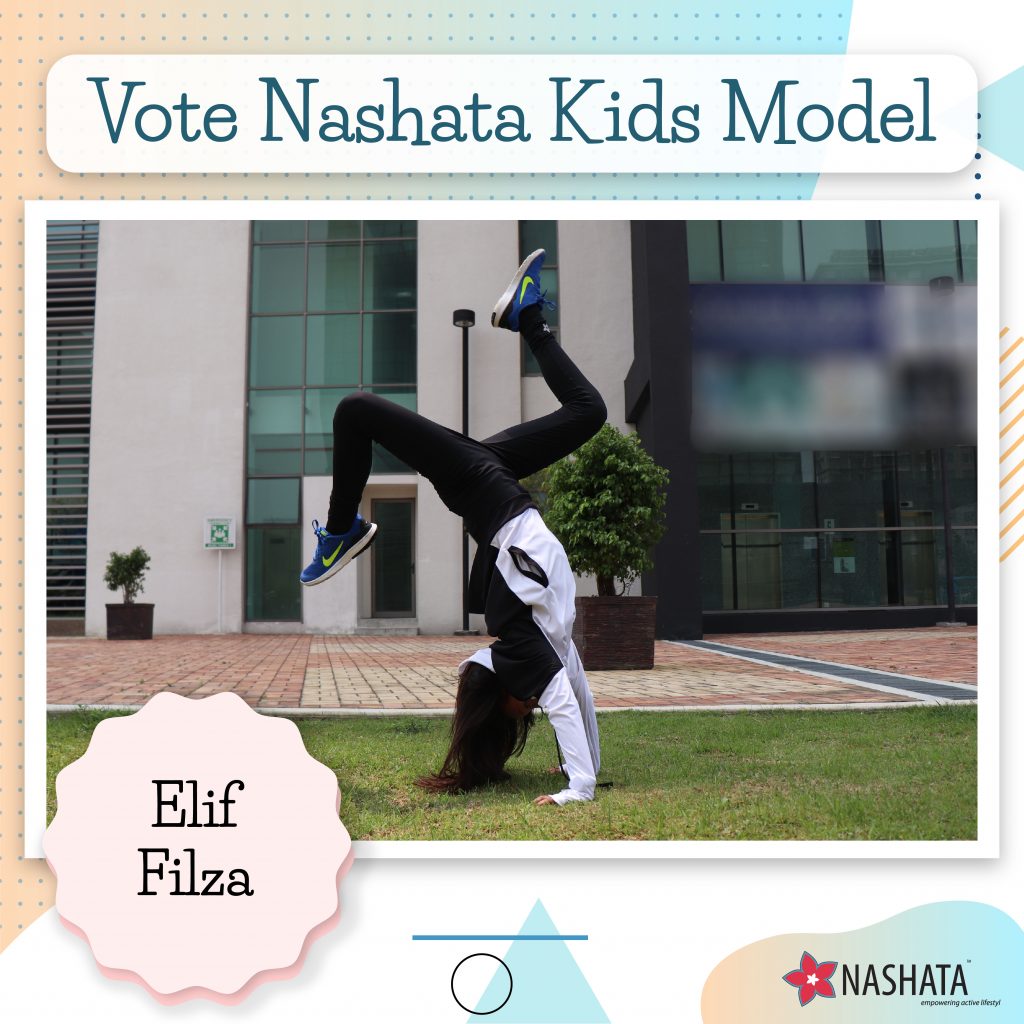 Mishel Zaiti Mohd Salehin is 7 years old. She is active in ballet, swimming, taekwondo and running. Click here or her pictures below to vote. 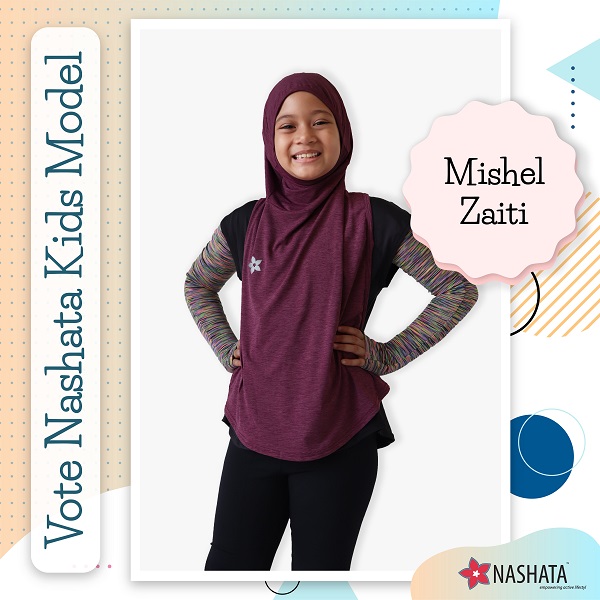 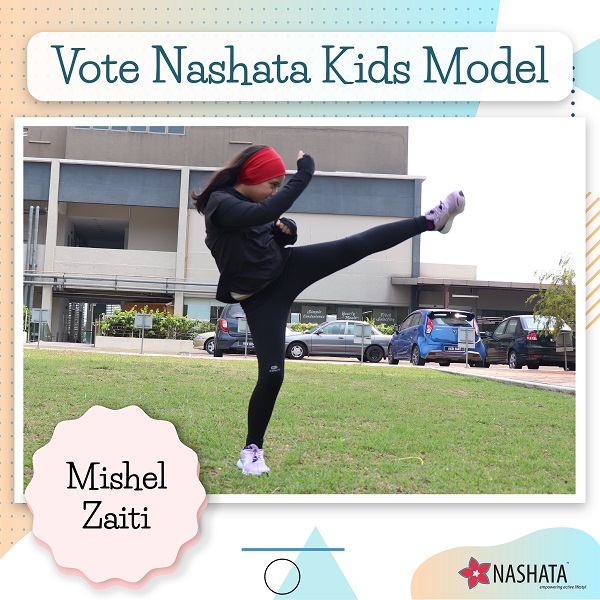 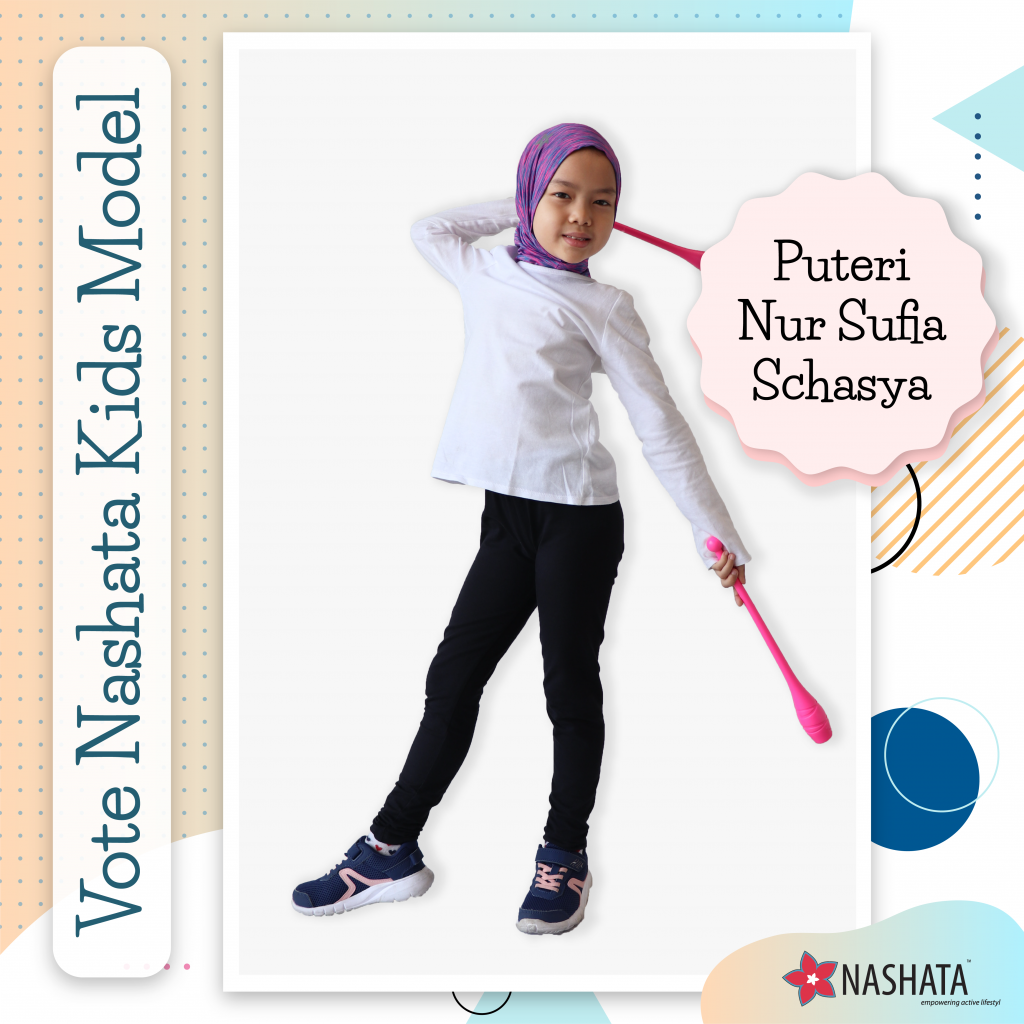 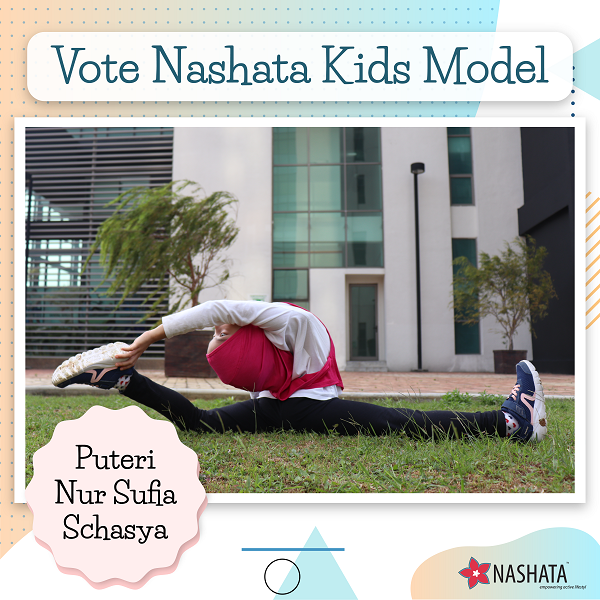 Do vote for the girls. We know it is not easy to vote because all of them deserve a thumbs up each 👍. We are so proud of them. 😘

On the 17th August, we announced Nashata Kid Model casting and to our surprise, we received many applications. MasyaAllah, the girls are too cute, adorable and they make our hearts melt! The applicants are competitive and many are athletics, having received athletic accolades.

We have to pick 5 girls as finalists for the next audition and it is not an easy decision for us. These 5 finalists will go through a photoshoot session this Saturday, 7th September and the public will get to vote online starting 10th September. The highest public vote will be Nashata’s 1st Kid Model. Don’t forget to support to these girls – for their talent, athletic interests and capabilities.

So, here are the top 5 finalists : 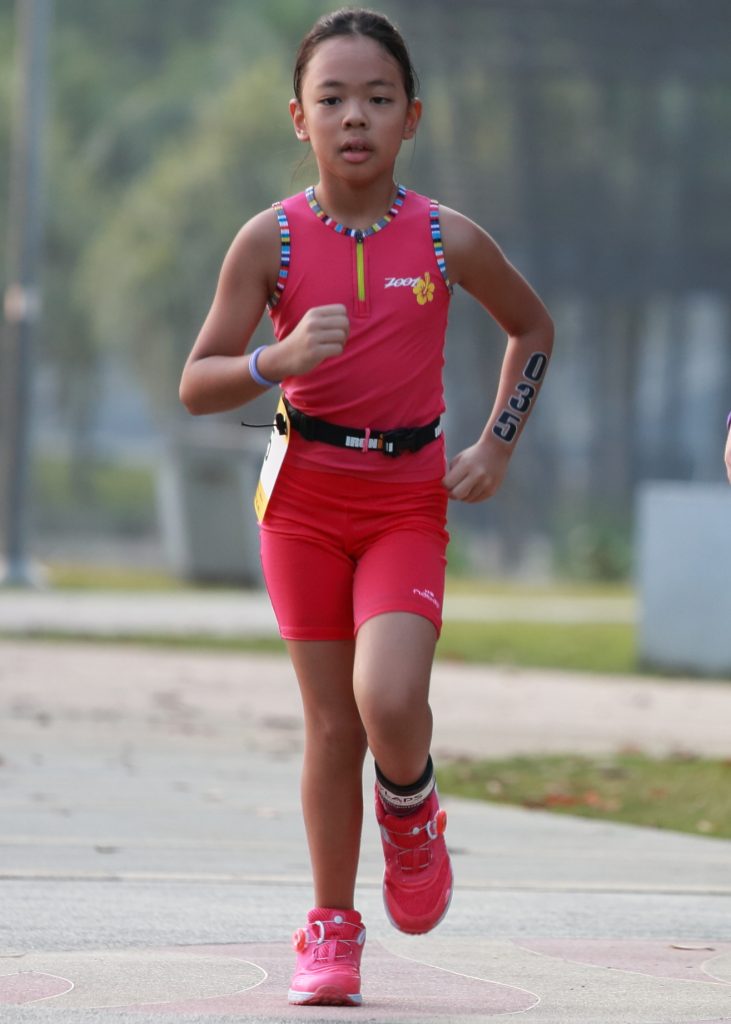 Alysha Tan is 8 years old.  She is a triathlete and plays tennis and taekwondo. In the past years she participated in triathlons and taekwondo sparring competitions. 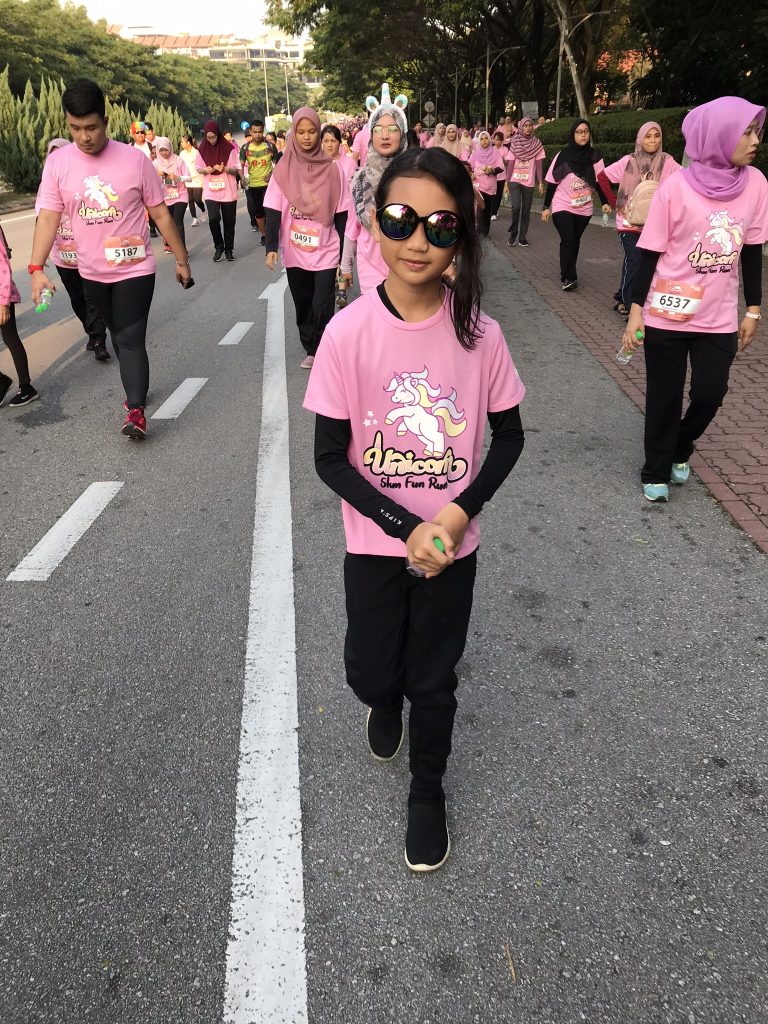 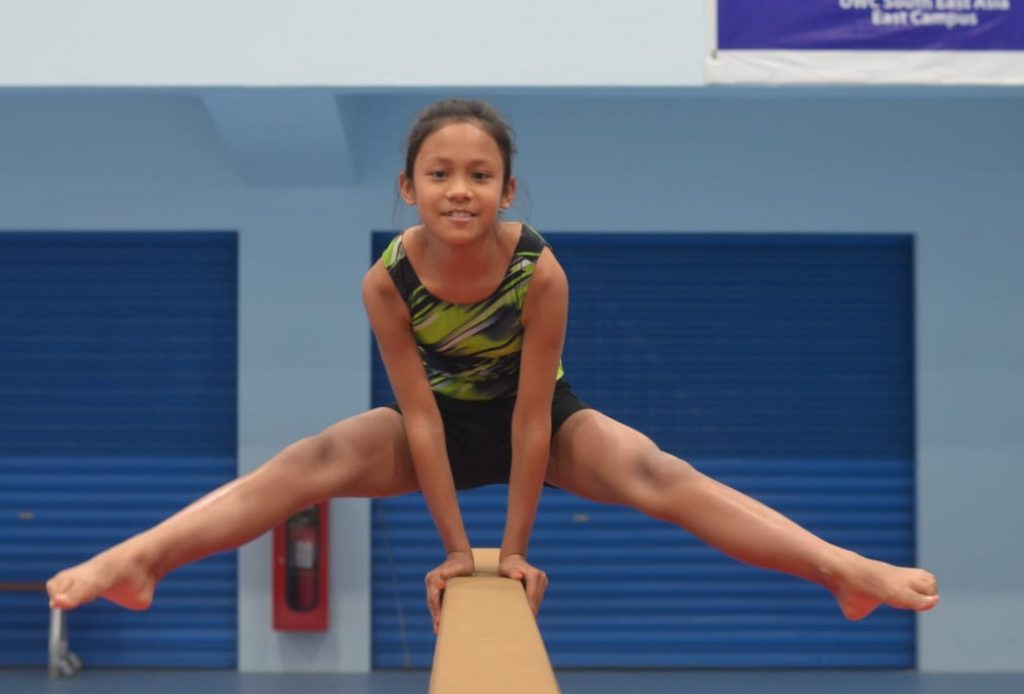 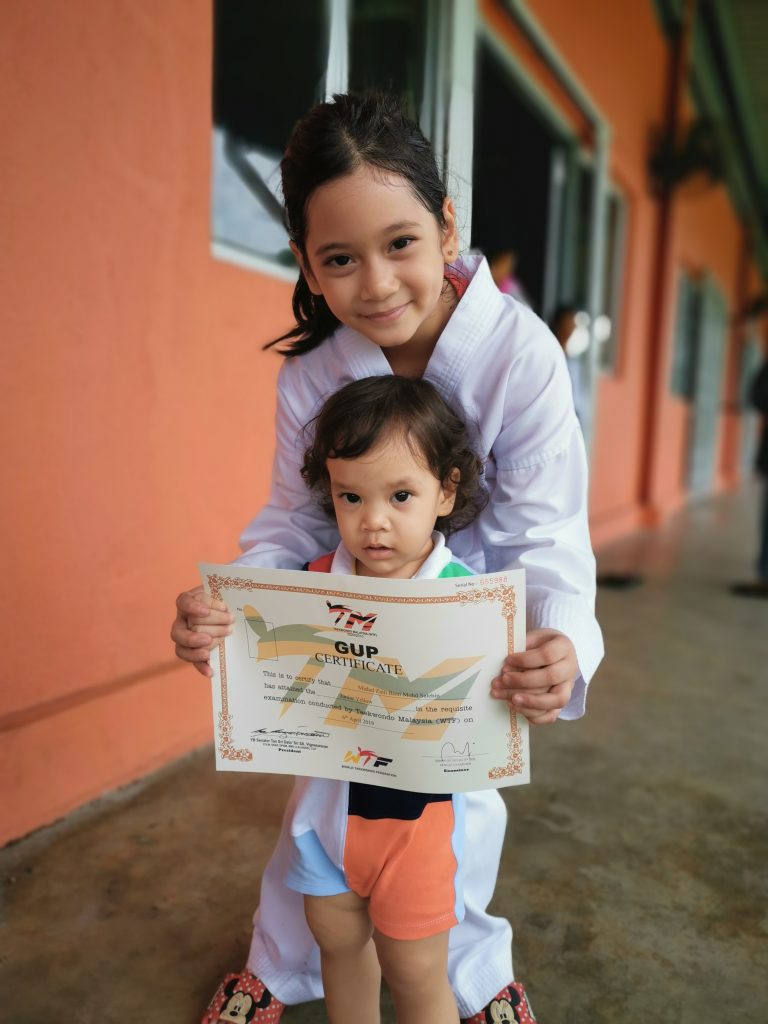 Mishel Zaiti Mohd Salehin, 7 years old. She is active in swimming and running. 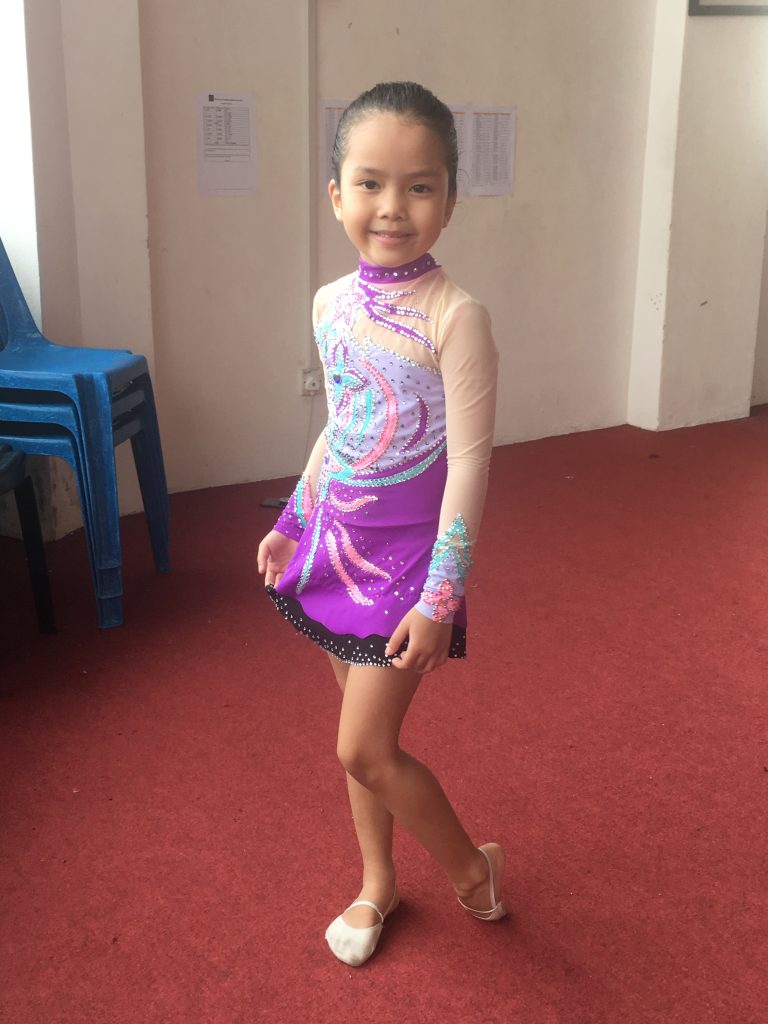 Congratulations girls!  They will be attending in audition in Nashata store, Cyberjaya on 7 September  at 10.00 am.  We will share more about them next Monday. So stay tuned for next announcement from us.

To all who have submitted your application, thank you. Stay Active and Keep Soaring girls! Also, our special thanks to the parents for their support and kindness. 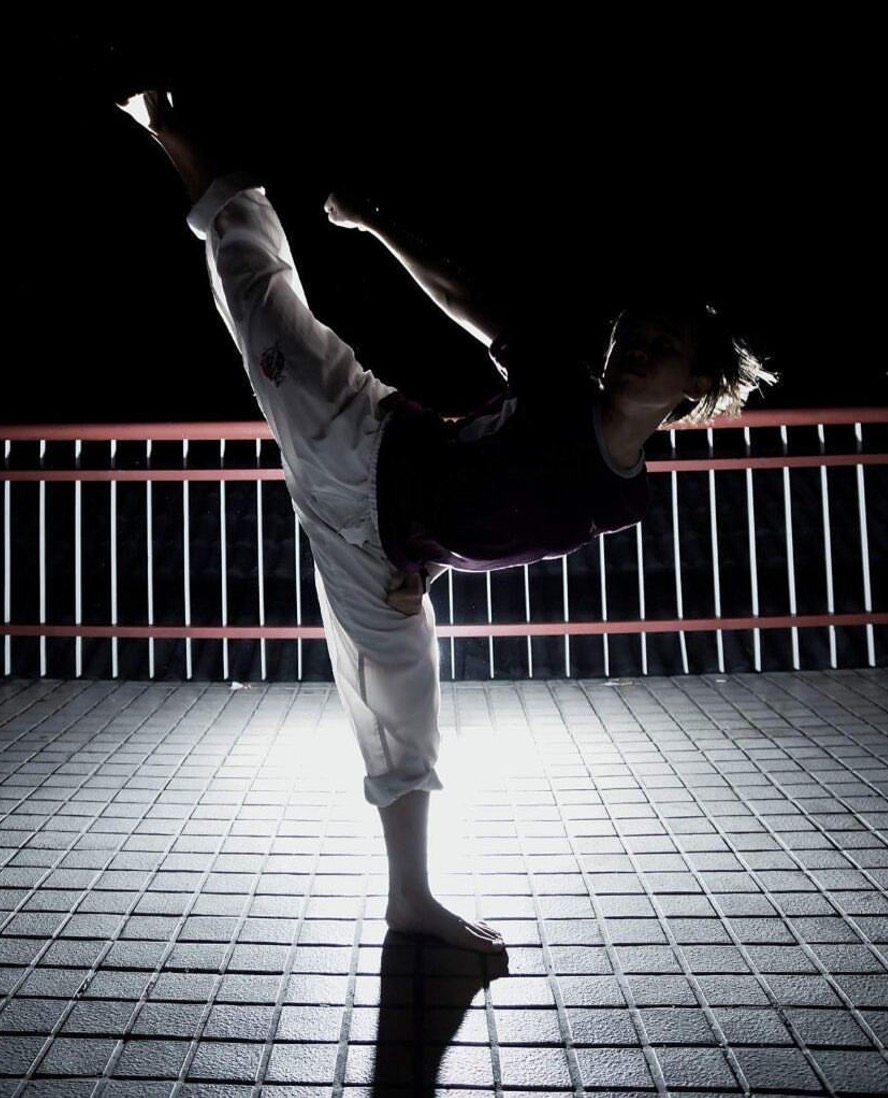 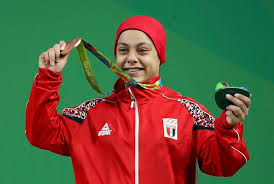 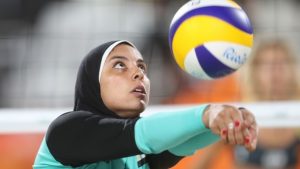 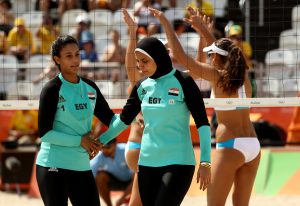 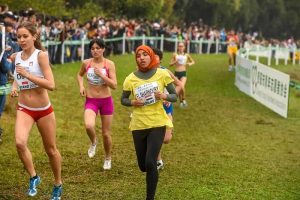 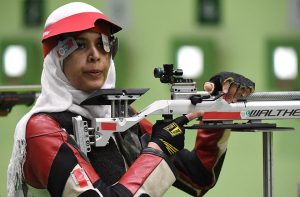 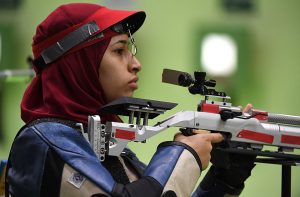 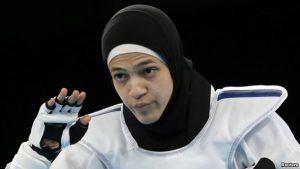 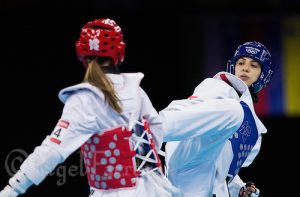 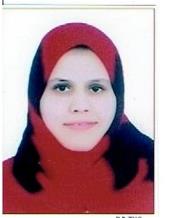 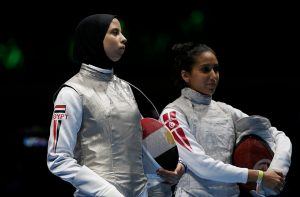 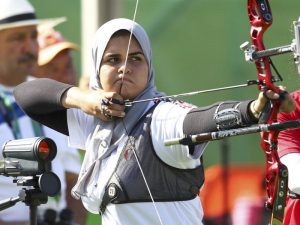