This year, Nashata is producing more new products that mirror modesty for sportswomen. They are Amina Sports Hijab and Amin Extended Hijab. These two hijabs share very much the same purpose that is to cater for modest sportswomen to do activities. Looking at both with a single glance, the most visible disparity you can see between these two is the design.
[huge_it_slider id=”25 “]

Both Amina Sports Hijab and Amin Extended Sports Hijab offers a simple and neat look for sportswomen. They both are suitable for tall and large women as they are both long and wide and provide good chest covering.

You can check out this table for a better comparison.
(Click on picture) 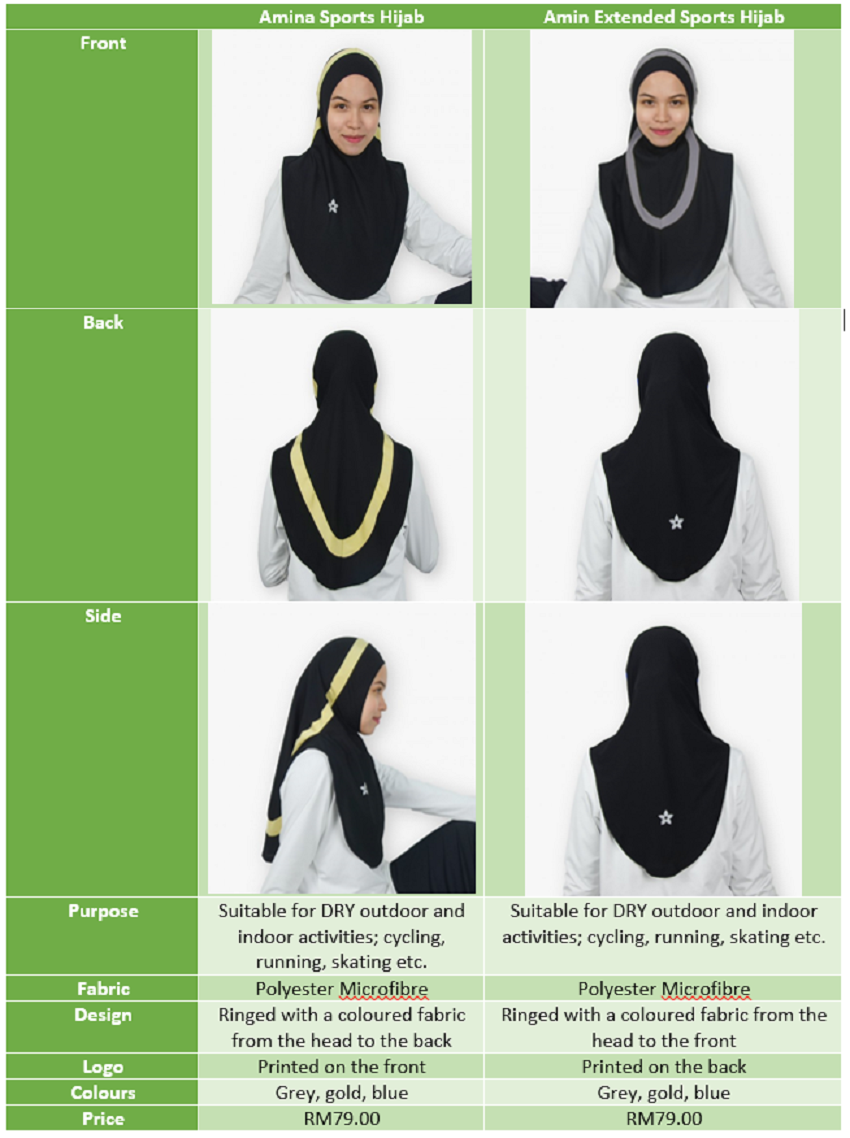 Amina and Amin Extended stays comfy and secure on your head even when you go for a sprint!